Toke Makinwa has reacted after a recent video which showed Timaya lifting her on his shoulders generated controversies on social media.

In the video, Timaya lifted her up, and carried her on his shoulders. Toke, feeling uncomfortable about it, screamed that he should put her down cos she’s not putting on pant. 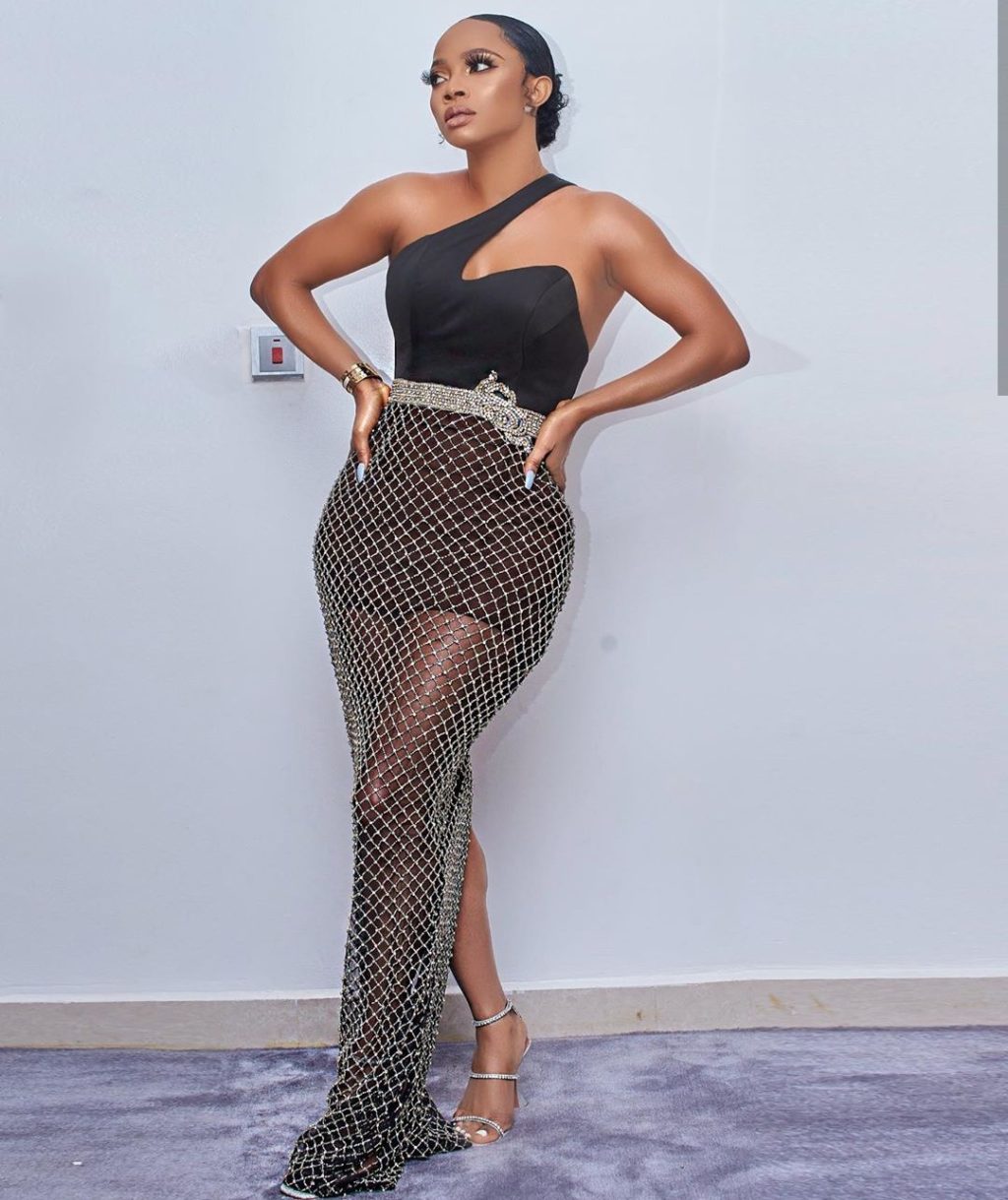 After the video went viral, some Nigerians called her attention to the video saying today is no bra day, not no pant day.

Some others criticized her for acting like that in public, telling her to get married and calling her names.

Reacting to this, Toke said panties shouldn’t be a necessity in this century.

See her reaction below; 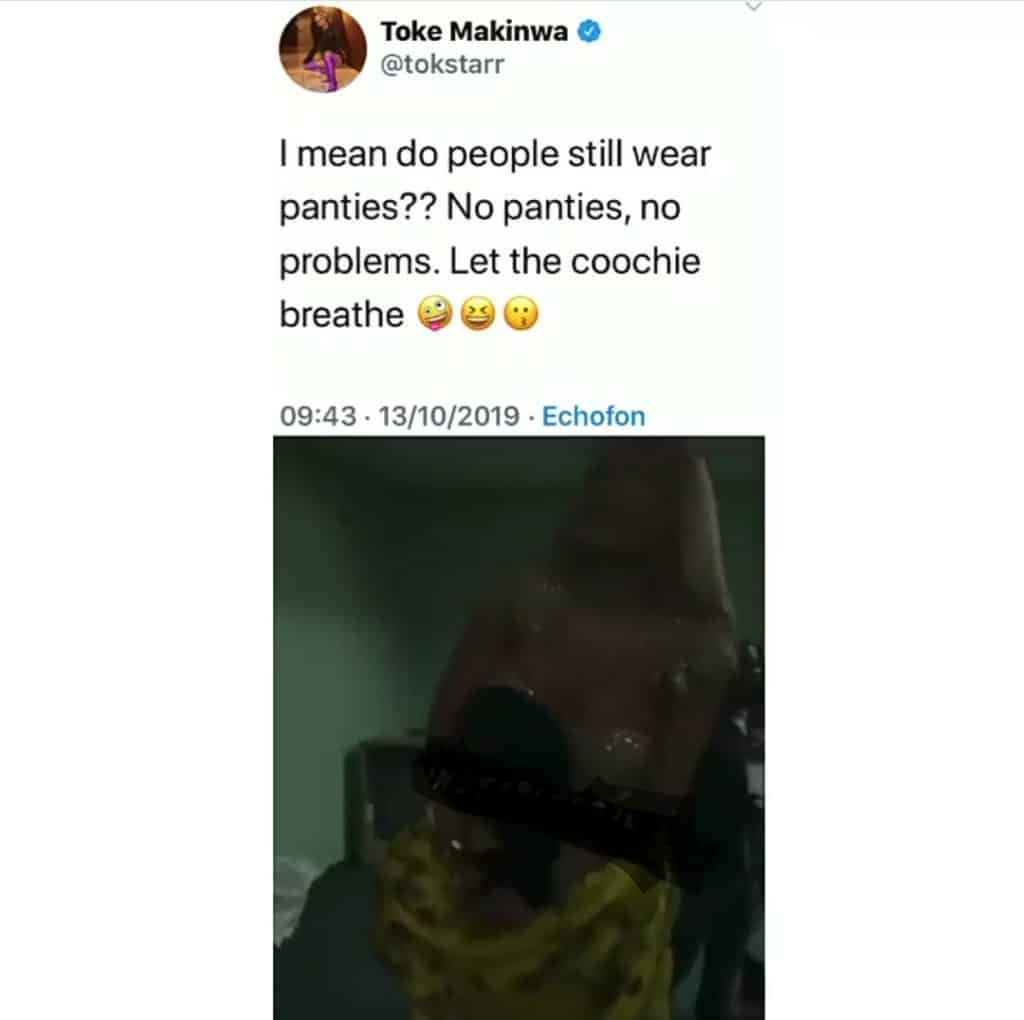