Home Entertainment News “No amount of peer pressure can make me sleep with a woman...

Reality star, Tuoyo Ideh has got tongues wagging on social media after he disclosed that no amount of peer pressure can make him engage in pre-marital sex. 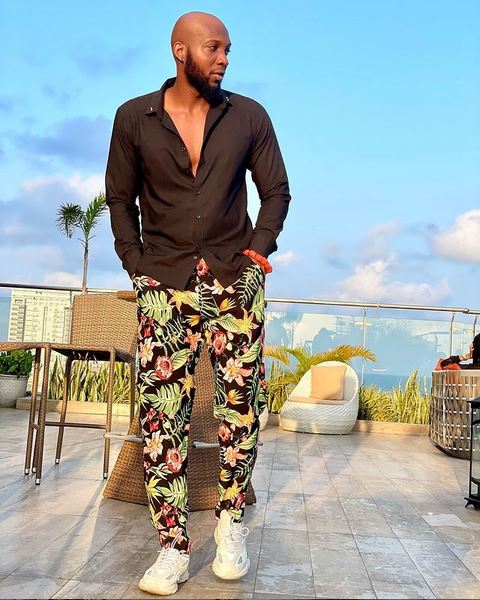 The BBNaija star who recently blessed himself with a new car on his birthday took to his Instastory to assert that pre-marital sex is a no-no for him.

Tuoyo disclosed this while reacting to a viral tweet that asked individuals what they would never do no matter how strong peer pressure may be. 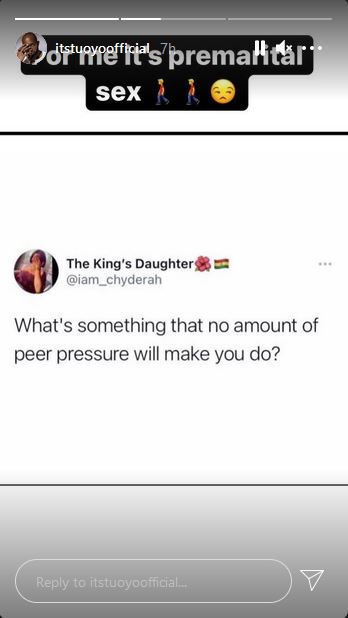 Reacting to this, social media users have descended heavily on him as they insist that he is lying in this regard.

“No be our stripper that year be this? Ani na my eye Dey deceive me?”

“He can do it without pressure 😂😂”

“Gather here if you know his lying 😂”