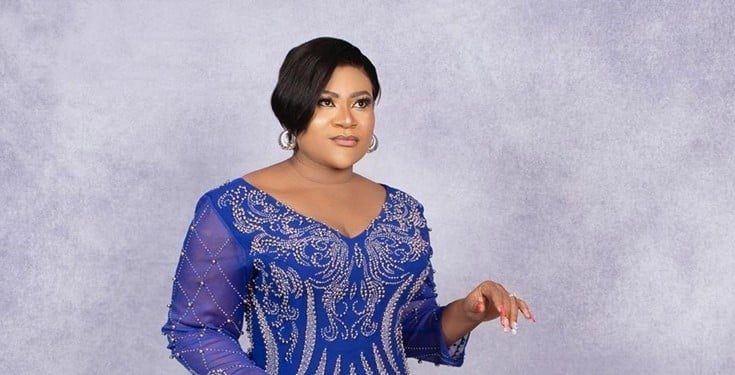 Controversial Nollywood actress, Nkechi Blessing has revealed in a video the status of her relationship.

Recall that few months ago, there was an allegation that Nkechi’s relationship with her “Yankee based” boyfriend collapsed.

Well, the 31 year old has disclosed in a recent video that many people thought she and Mike Adeyemi broke up because she decided to keep her relationship off social media.

The plus-sized actress added that some people actually celebrated when the rumours about her broken relationship went viral.

Watch all she said below;