A Nigerian Twitter user identified as Danny Walter has insinuated that young singer, Rema might be DonJazzy’s son.

This comes after DonJazzy revealed that he got married 18 years ago at the age of 20, but the marriage crashed after two years because he neglected his family. 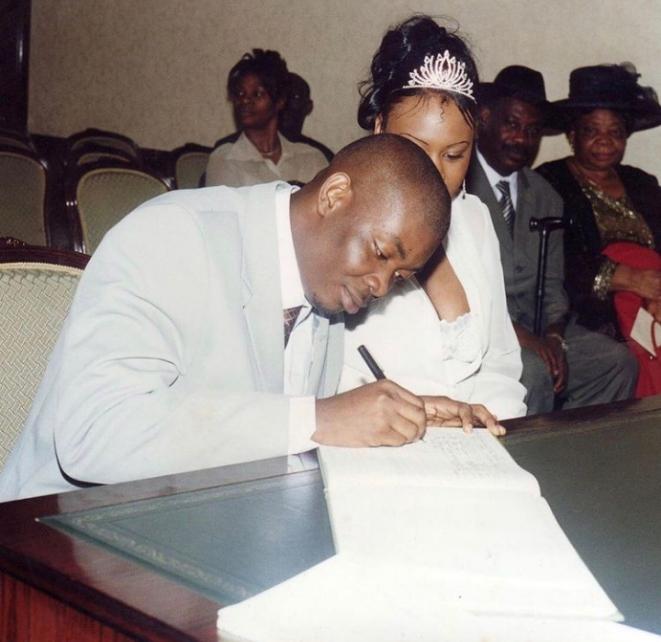 According to DonJazzy, marriage is no longer an option for him because he wouldn’t want to make the same mistake he made years back.

Following his revelation, Danny Walter insinuated that Rema is DonJazzy’s son. He wrote;

“If Don Jazzy was married over 18 years ago at 20 then the Lady was probably pregnant before then and wait… how old is Rema again? 🤔” 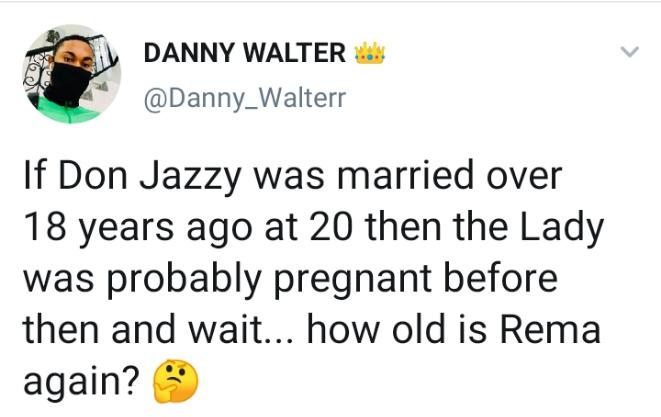 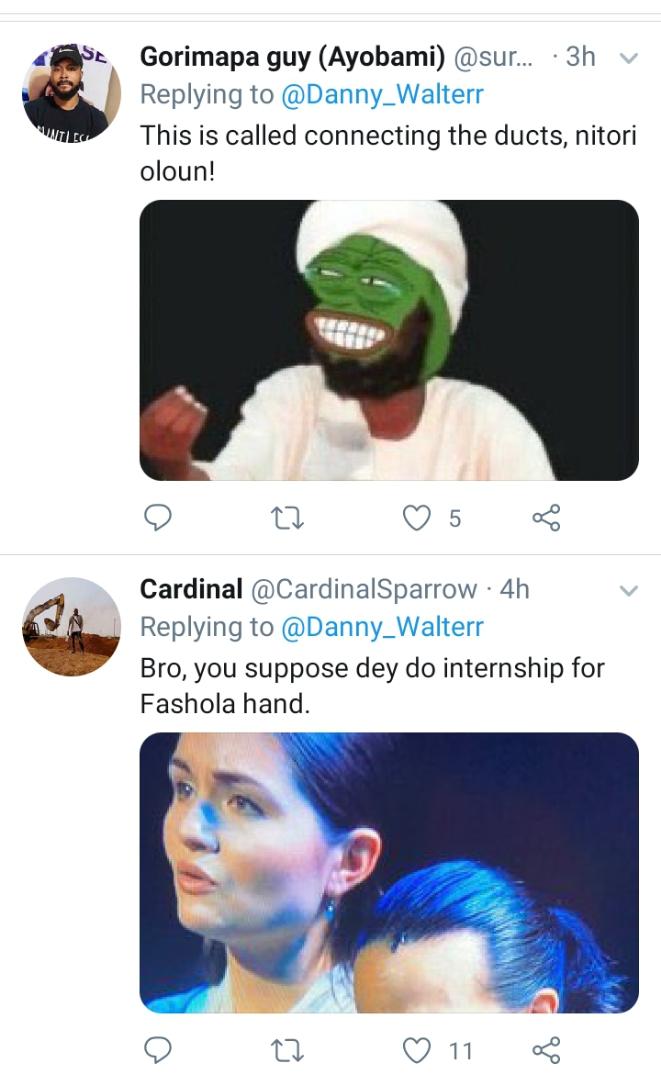 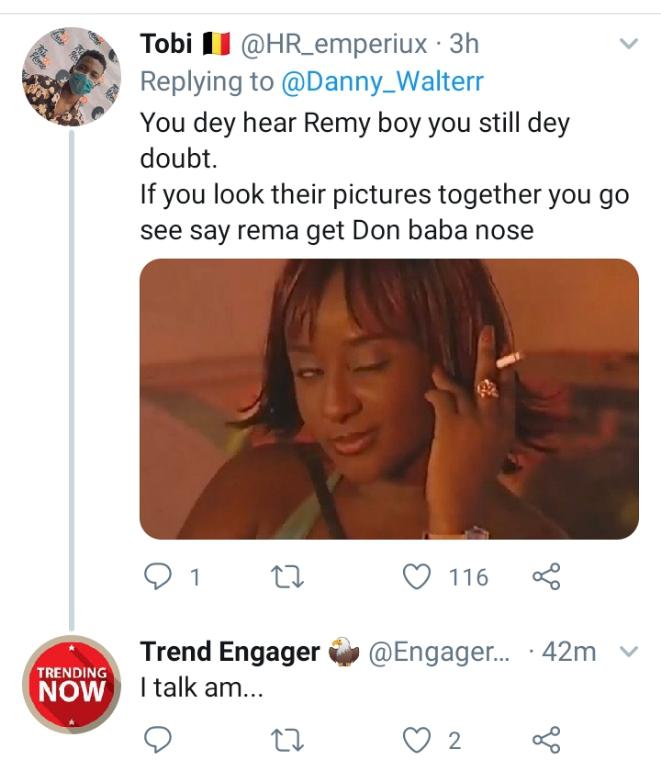