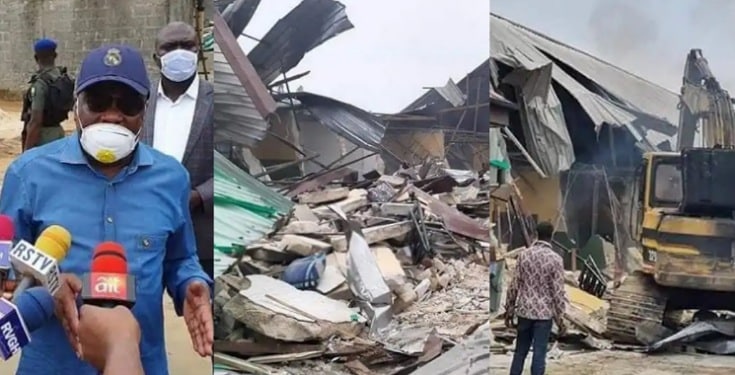 Rivers State Governor, Nyesom Wike, has ordered the demolition of Prodest Hotel and Etemete hotel in Eleme Local Government Area of the state.

Reports gathered that the Governor marked the two hotels for demolition after they flouted his directive on the closure of hotels in the state. 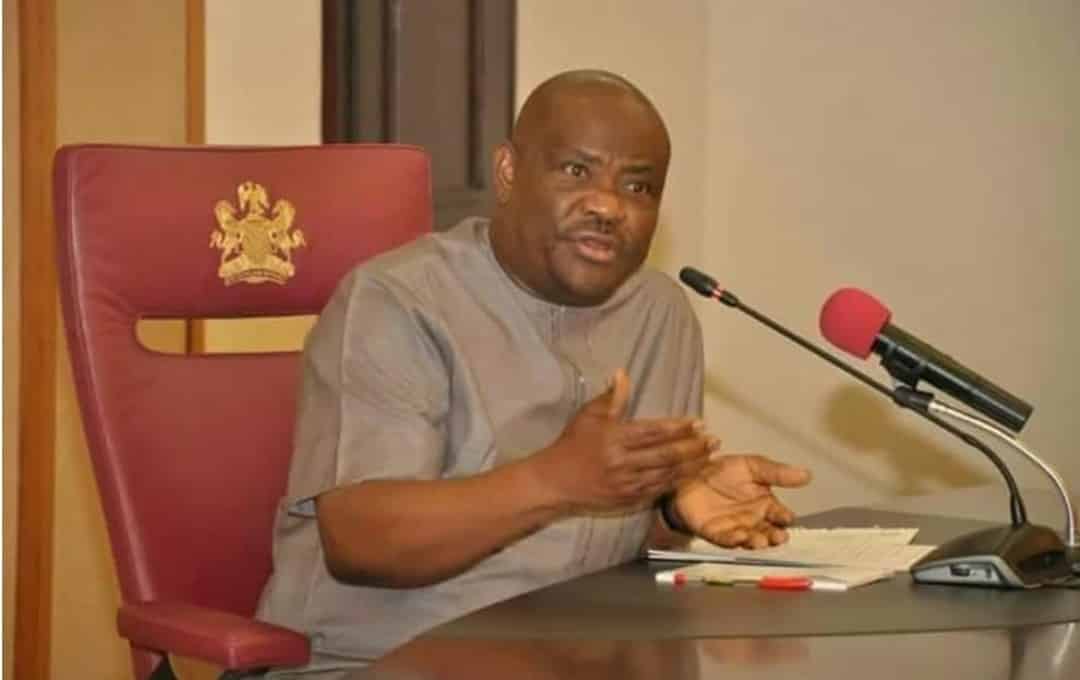 Speaking on the demolition, residents said they thought the lockdown order was only a threat to make them more careful, but they were shocked when a demolition truck arrived at Prodest Hotel at about 11:30am Sunday morning.

As seen in photos that are currently trending on social media, the demolition men were accompanied by the Governor himself and other officials of the Rivers State task force, and the building was eventually brought down. 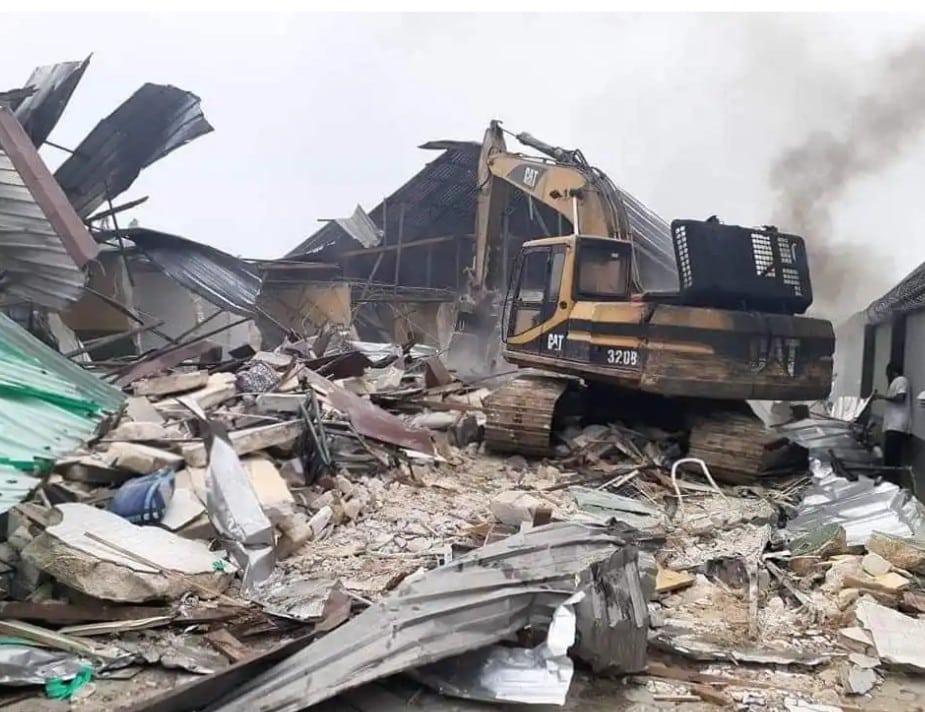 The demolition of the hotel has sparked outrage on social media as some people noted that the governor’s action was too extreme. 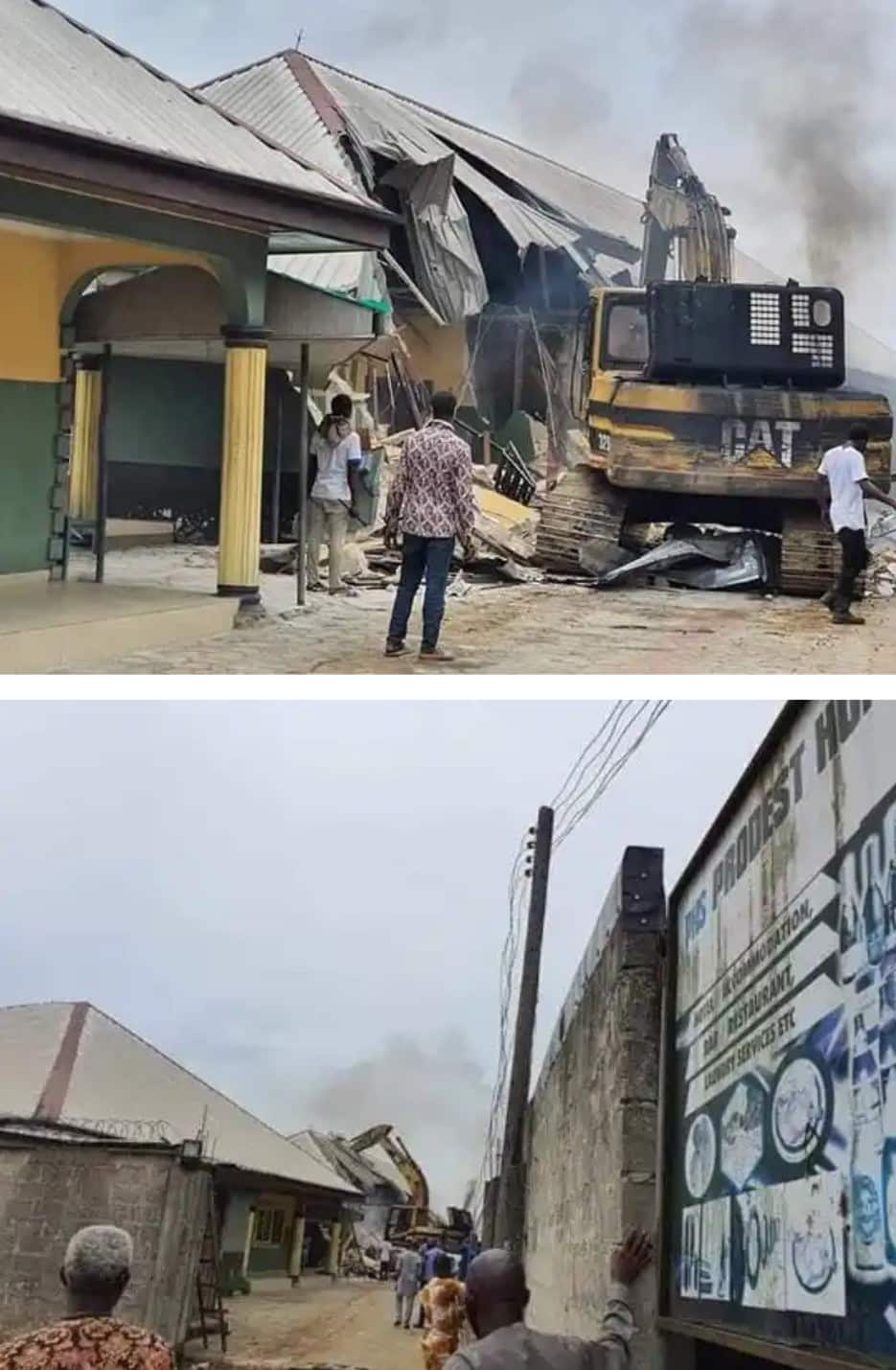 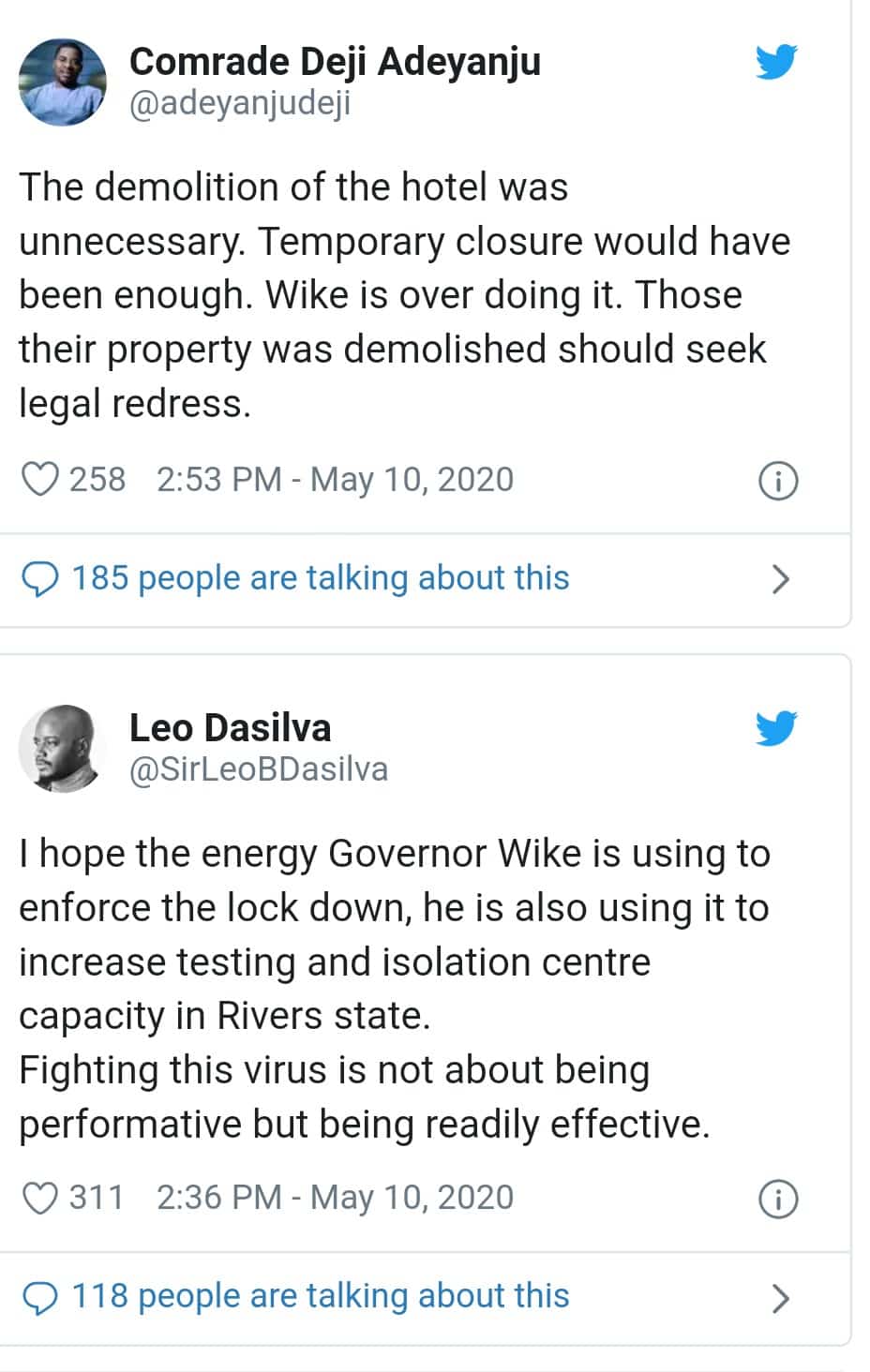 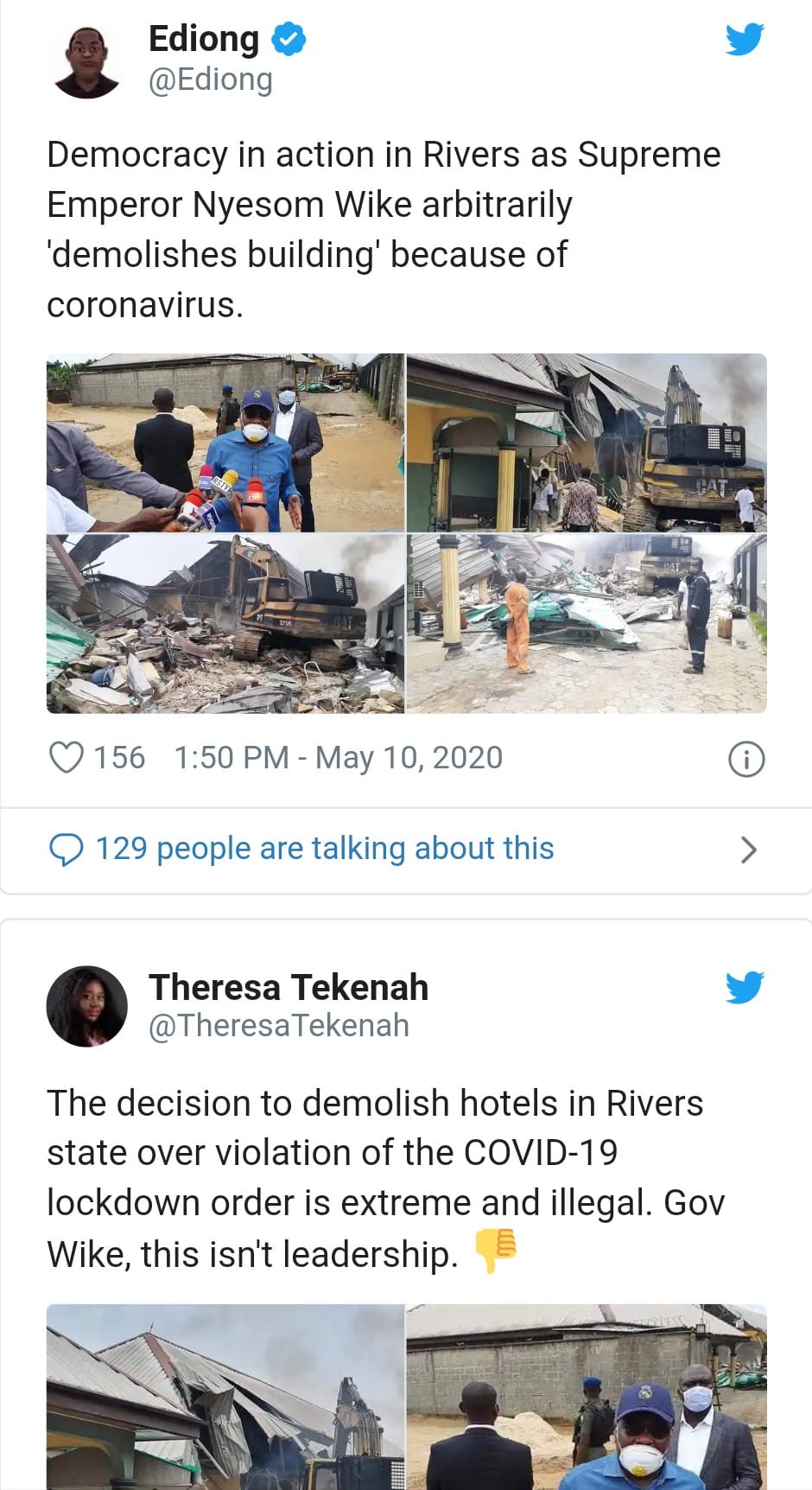 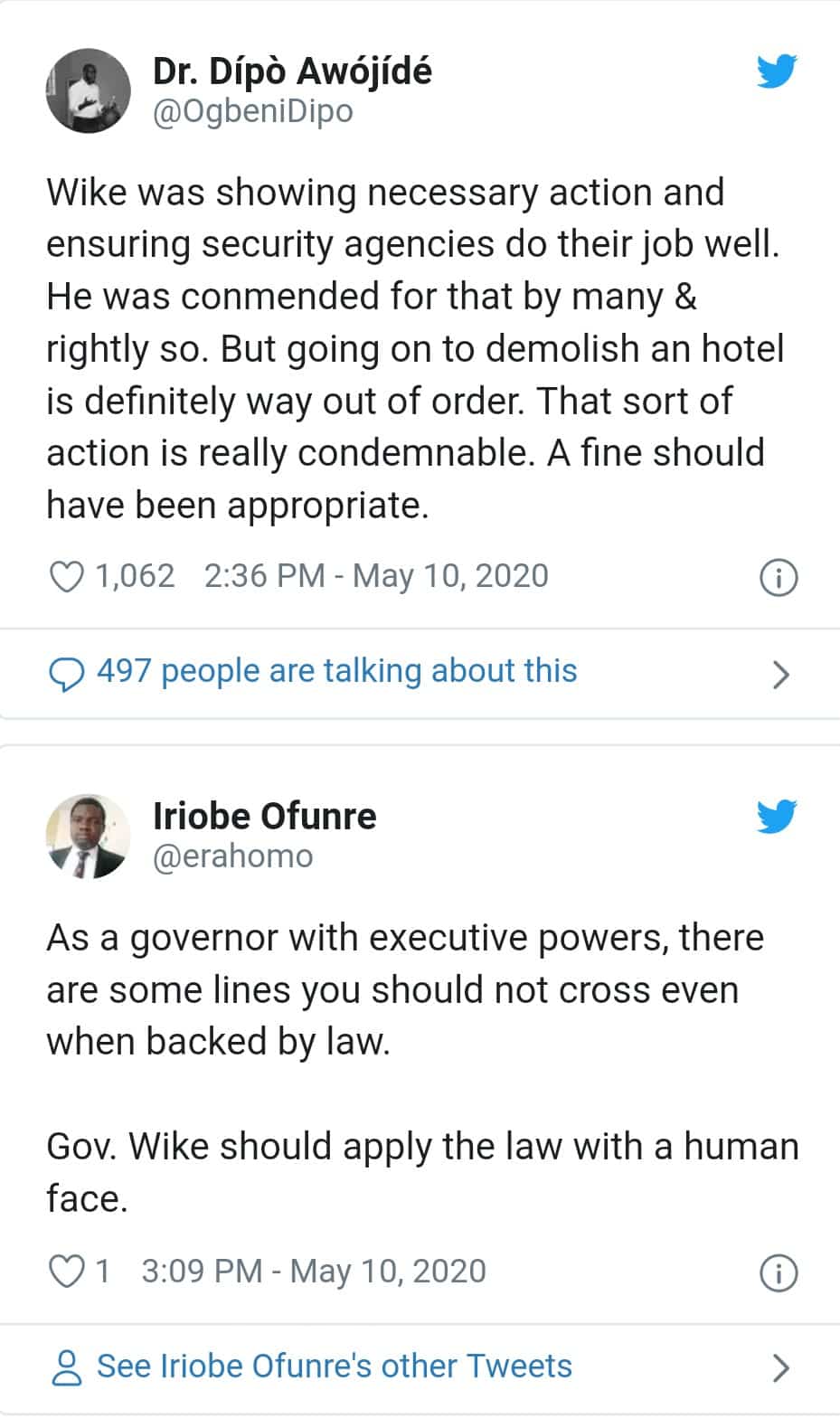