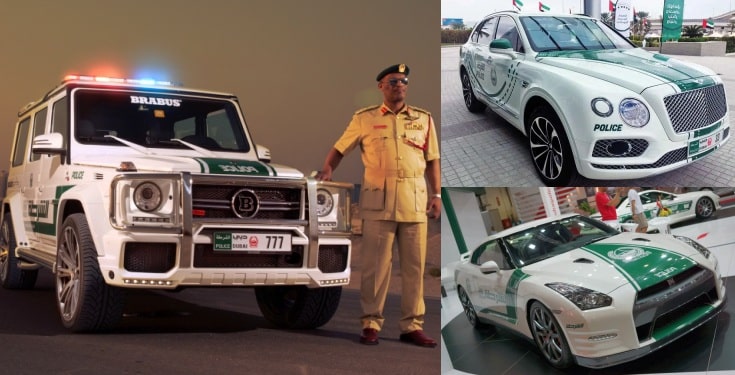 If you didn’t know the coolest police cars in the world reside in Dubai, you probably haven’t been on the Internet lately.

The Dubai Police isn’t shy about flaunting its fleet of supercars, and it’s at it again with a video appropriately tagged “luxurious super patrol cars for a luxurious city.”

The video features many of Dubai’s exotic police cars, in green-and-white livery with lights flashing, cruising the streets of the city.

Highlights include a Bugatti Veyron, Nissan GT-R, and even a Brabus-tuned Mercedes-Benz G-Class.

Dubai Police Flaunt Their Fleet Of Exotic Luxurious Police Cars, Made Up Of Mercedes Benz G-wagon Brabus, BMW i8, Audi r8, Porsche Panemera 4s, Mercedes Benz sls AMG, Bentley Continental, Bentley Bentyaga, Lamborghini's and even The Most Expensive Car In The World A Bugatti is also used to do Police Work In Dubai!!!

See some reactions from Nigerians; 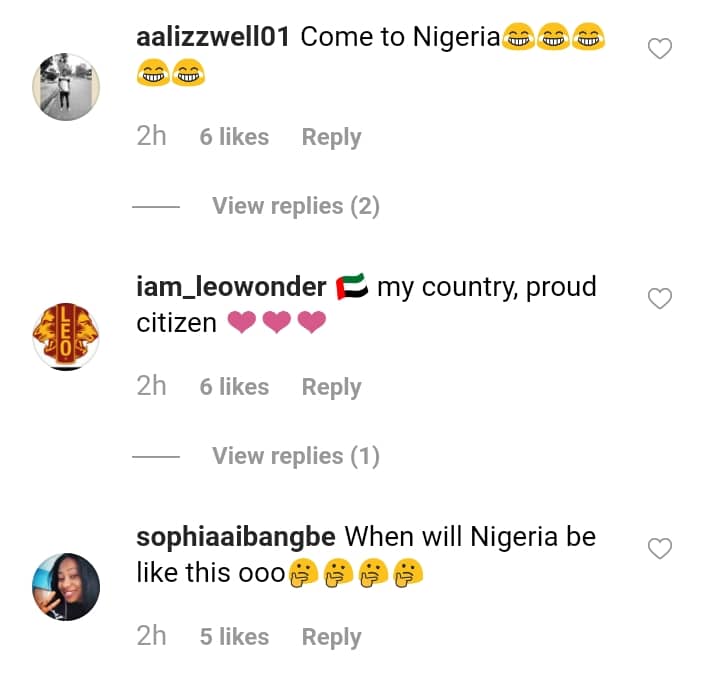 “Toyin lies too much” – Caroline Hutchings hits back at Toyin Lawani, spills shocking...