Appraising her, the pastor said despite being a powerful woman who gives out instructions to people, she still makes out time to cook his meals and serve him. 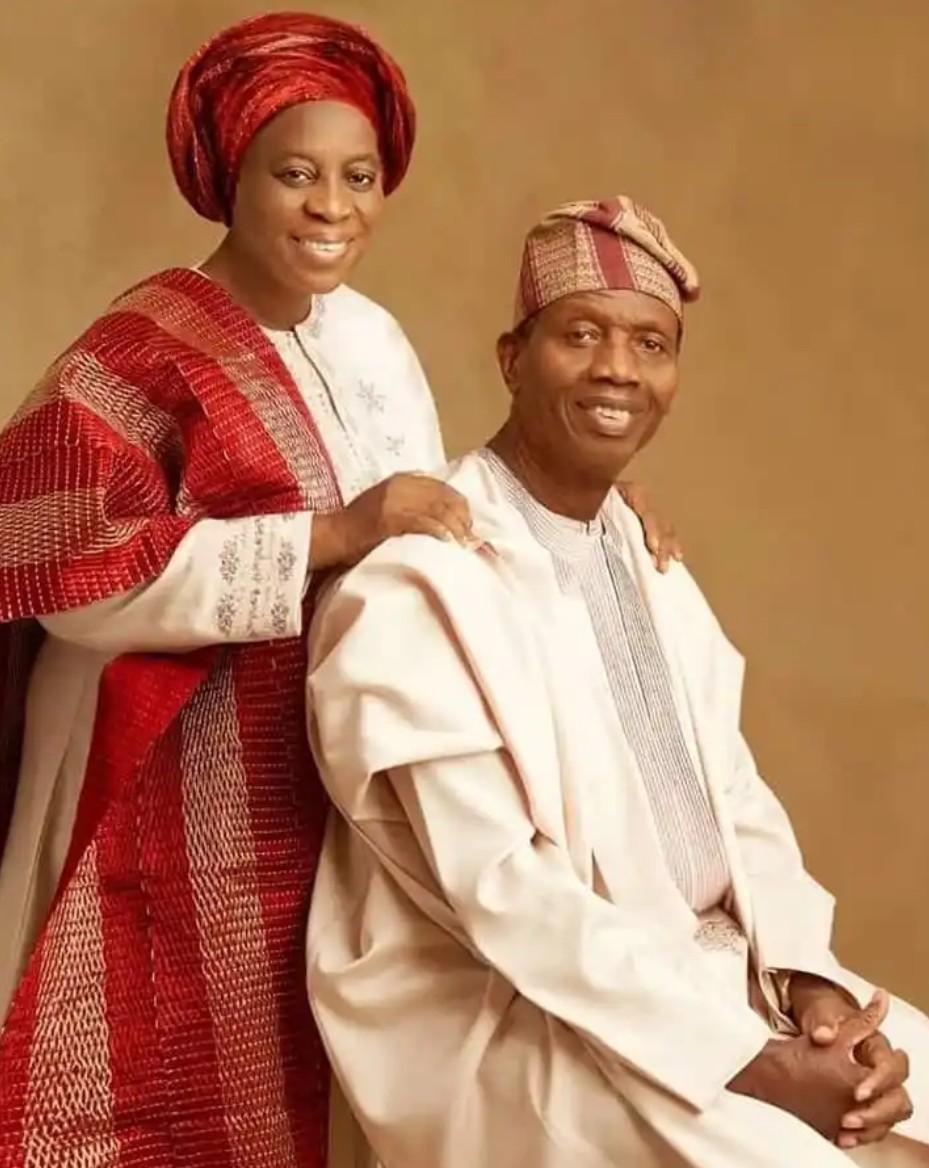 “Today is my wife’s birthday and there are lessons that women, especially so many young brides can learn from her. She is a powerful woman, I know that. She has many people who take instructions from her, but as powerful as she is

Busy as she is, she still cooks my meals and serves me herself. Many young ladies these days leave everything to the house help. My wife still trims my nails for me. There was a time when I was a teacher and was staying far from town.

She had to cut my hair during that period.
She is the only partner of the Adeboye Corporation; she doesn’t delegate her primary duties to anyone else. Just like the virtuous woman described in Proverbs 31:1-31, I safely rest on my wife.”

However, after sharing his birthday message to his wife, Nigerians who had contrary views, dragged him on Twitter.

See how some people are reacting to his message below,

Pastor Adeboye should have just said “happy birthday flesh of my flesh” and keep it moving.
Now we know he can’t do basic things like feed himself and trim his nails.
TMI.

Pastor Adeboye has all the right to have his wife submit to him. Honestly, even if she spoon feeds him, it’s not my business. My own is: know the kind of marriage you want. You want the one he’ll use your back as dinning table? Fine? You want equal partners kinda thing? Fine.

If Pastor Adeboye and Dangote gave you an appointment on the same day, same time. Who will you go and see? Be sincere!

If marriage is going to be how Baba Adeboye described it, then fvck it. I cannot can

Pastor Adeboye is not kuku setting standard for anyone,he’s only expressing how submissive his wife has been these past few years

Pastor Adeboye said “you can insult me, curse me.. I’ll only pray for you. But if you insult my wife, I’ll kill you! You won’t rise up on the resurrection morning”

Normally,Women are supposed to be submissive to their Husbands,Pastor Adeboye was just stating facts and Appreciating his wife for being submissive,so it’s stupid to insult him,when he was just being right. Plus:if he was a terrible Husband,submission would have been hard for her

can’t believe Adeboye really sat down & found a way to make his wife’s birthday about himself and his power over her. a simple “happy birthday my love” will do next time please

Pastor Adeboye decided to praise his wife on her birthday, thereby commenting on what has kept them together till date. But fools that can’t keep 6 months relationship are insulting him and turned it into a gender war.