Nigerian singe, Slimcase has incurred the wrath of some social media users. 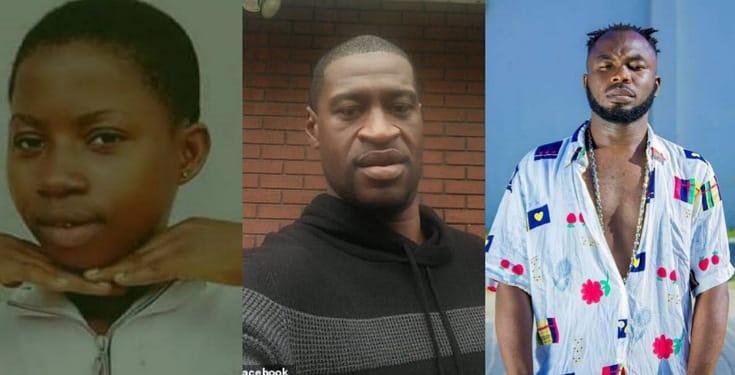 It all began after the singer posted a photo of George Floyd who was killed by a cop, and wrote;

“We talking about a global pandemic here. Leave the Lagos girl for Channels to talk about am.” 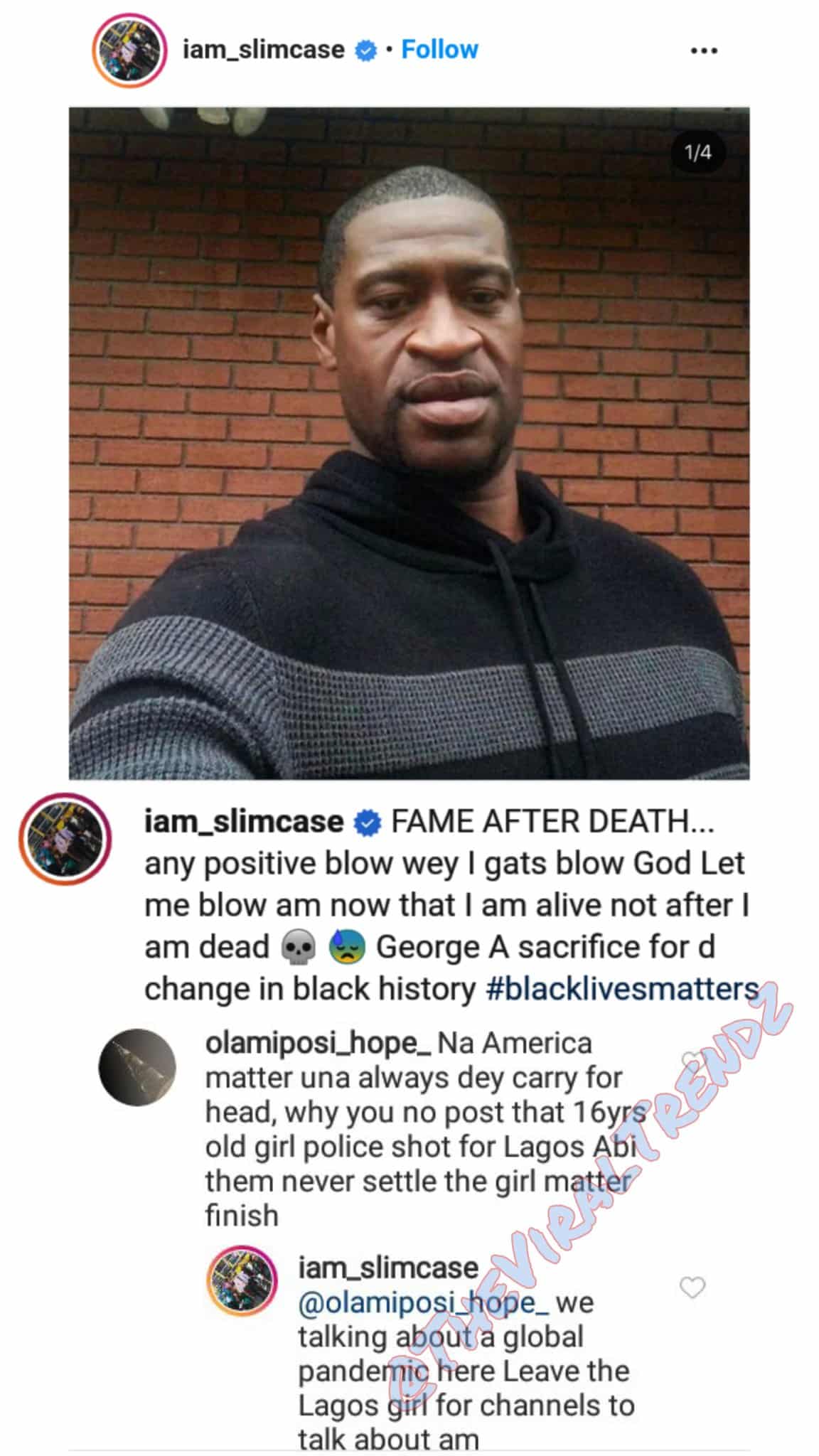 #JusticeforTinaJust became a trending topic on social media after Tina was shot dead by a trigger-happy police officer who was trying to arrest a bus driver for violating the nationwide curfew.

Some comments on Social Media;

@drpenking: A pandemic is a DISEASE occurring over a wide geographic area and affecting an exceptionally high proportion of the population. Apart from being insensitive, Slimcase thinks that George ‘s death is a pandemic Clown faceClown faceClown face. It is a National embarrassment to be both INSENSITIVE and DUMB.

@bratty_nono: The lagos culture is why agbero’s like Slimcase, Naira Marley and Zlatan have a voice today… “This is Lagos,shine your eye” a phrase that justifies irrational behaviour all in the name of being street wise..hence thuggery and hooliganism have been enshrined and even glorified.

@EdmundOris: The more I read that Slimcase comment, the more disgusted I get. How foolish can one be? Nobody is saying don’t demand justice for George. But “leave the Lagos girl for channels” Misplaced priorities. Same “Lagos girl” that’ll play your music, come for your concert, Lagos girl.

@Baldilocks__: I can’t get over the fact that Slimcase literally said, “leave the Lagos girl for channels to talk about”. That Lagos girl was Tina who was gunned down by the police in Nigeria. It’s one thing to be more interested in the injustice in faraway US. It’s another thing to be daft.