A social media user has caught the attention of Davido’s first babymama, Sophia Momodu after he sent the sum of N150,000 to her just to start a conversation. 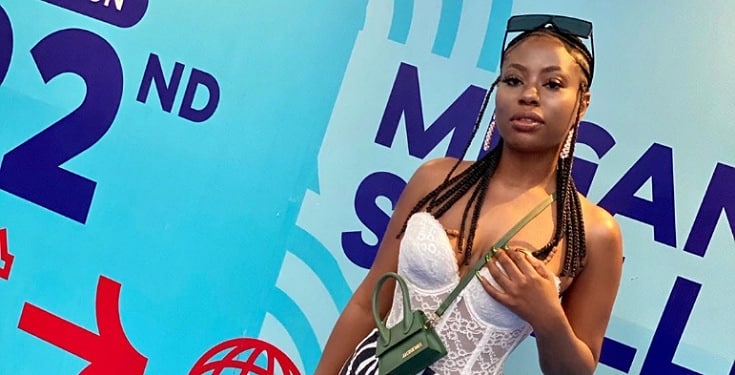 Momodu took to her Insta-story to showoff the credit alert and she noted that no guy has ever done that just to talk to her but she likes it.

The man sent his phone number in the credit alert description which was blurred and he told the single mom of one to text him if she wants to. 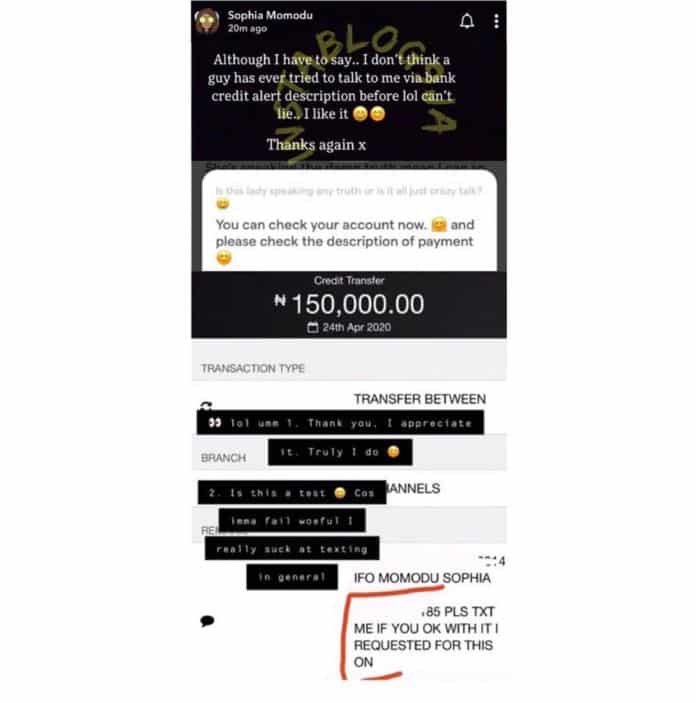