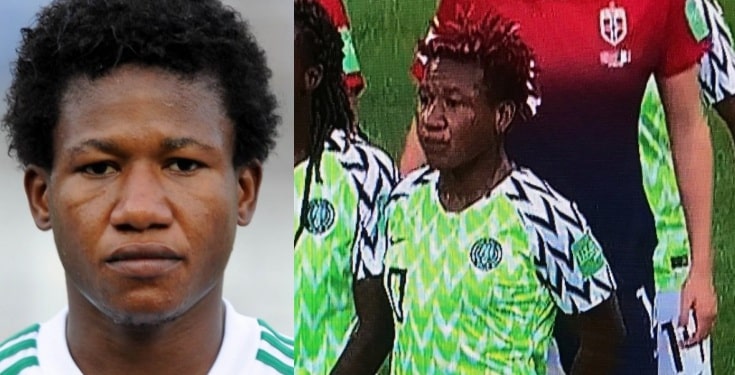 A Twitter user identified as @emybuddy, shared this photo on his handle claiming that Super Falcons star, Rita Chikwelu gave him serious beating in the primary school they both attended many years ago.

According to him, he is not surprised she ended up a footballer.

“This is Chekwube na, the girl that beat me in primary school. I can never forget. #NORNGA”

This is Chekwube na, the girl that beat me in primary school. I can never forget. #NORNGA pic.twitter.com/oNjU7TXKqA

Nigerians have however chosen to mock him that he was beaten by a girl and still had the courage to post it on social media.

Some even mentioned that she would come and beat him the second time when she comes across the tweet. 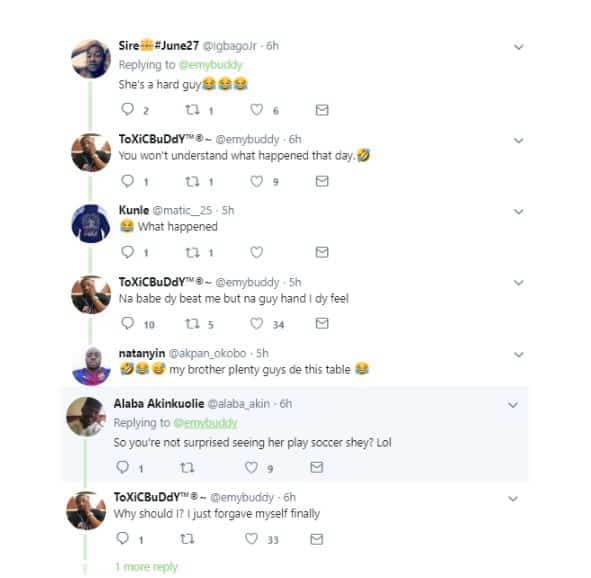 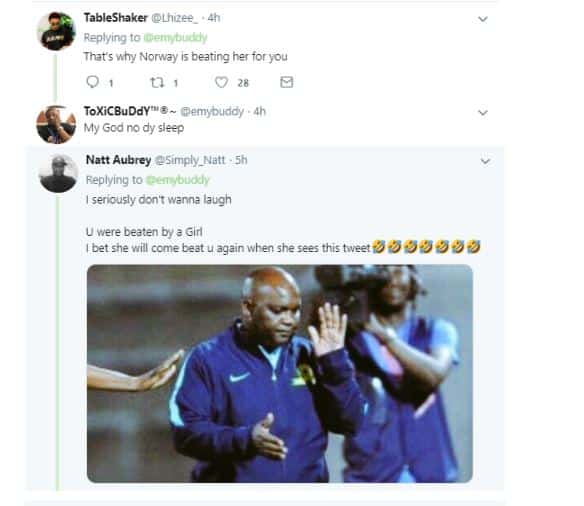