A Nigerian man with the handle @Mobenjaminmusic on Twitter has narrated his experience with ”drunk” police officers in Lagos. 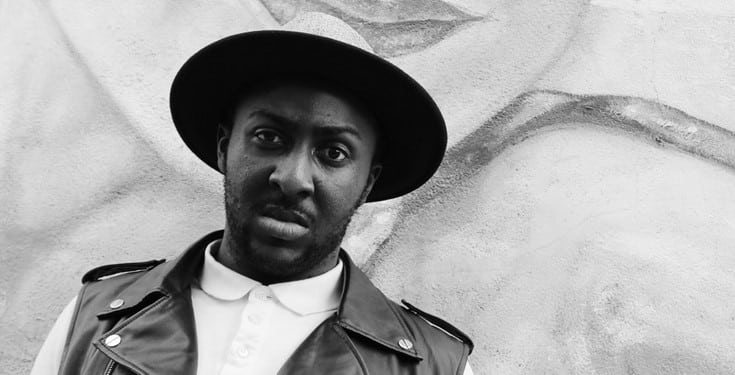 The young man said he was stopped by the police officers while on his way home. He said the officers asked him and others that were arrested to pay them N300, 000 before they would be released.

“So the police stopped me last night at 9:58pm and I was literally just 2 mins away from my house. The madness started. They seized my phone, harassed everyone they stopped, asked for 300k payment, made us stand out for 1 hour without our face masks. These guys were ruthless….

They were drunk and high, you could see it in their eyes and they weren’t ready to reason with anyone. They treatened some women there and took them to the back of some bus. I don’t think I’ve ever feared for my life like this. Some how I got a lady’s phone and called my dad….

My dad wanted to talk to their commander but he didn’t want to listen. They noticed I drive a federal government number car so they kept asking me for more money, I told them I only had 10k but they didn’t want to hear that. My father called his friend to come and meet me….

My fathers friend came and one of the police started to tell him that they stopped me because I do “streets” I’m like what the hell is “streets” it got so bad that my Uncle said I should tell him that truth and he won’t tell my parents. I was like see me see wahala o …??‍♀️??‍♀️

Eventually he pulled them to the side, paid some money and they gave me back my phone, car keys and left. My parents called the lady’s phone a few hours later and they were still with the police. My uncle tried to help others but they weren’t having it.

’m just here thinking of all the people who have been stopped, harrassed, raped, beaten by these law enforcement because they didn’t have an uncle or father to come save them. This needs to stop!! We need to hold them accountable. They can’t keep on misusing their power.” 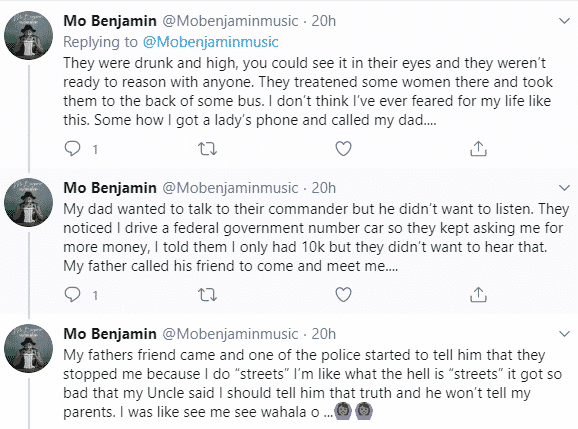