A Nigerian lady on Twitter with the handle, @Eniola__F, has shared her chat with her dad who dragged her for not joining the #endsars protest.

The lady had shared a photo of herself to her dad via WhatsApp, for him to compliment her looks, but he rather criticized her over misplaced priorities.

Sharing the photo to her dad, she praised herself, telling her father to behold his beautiful daughter.

She wrote; “See your beautiful daughter.”

But her unimpressed father; “When others are doing #endsars.”

The lady who was apparently shocked with her father’s response, took to Twitter to share a screenshot of their conversation.

Read their chat below, 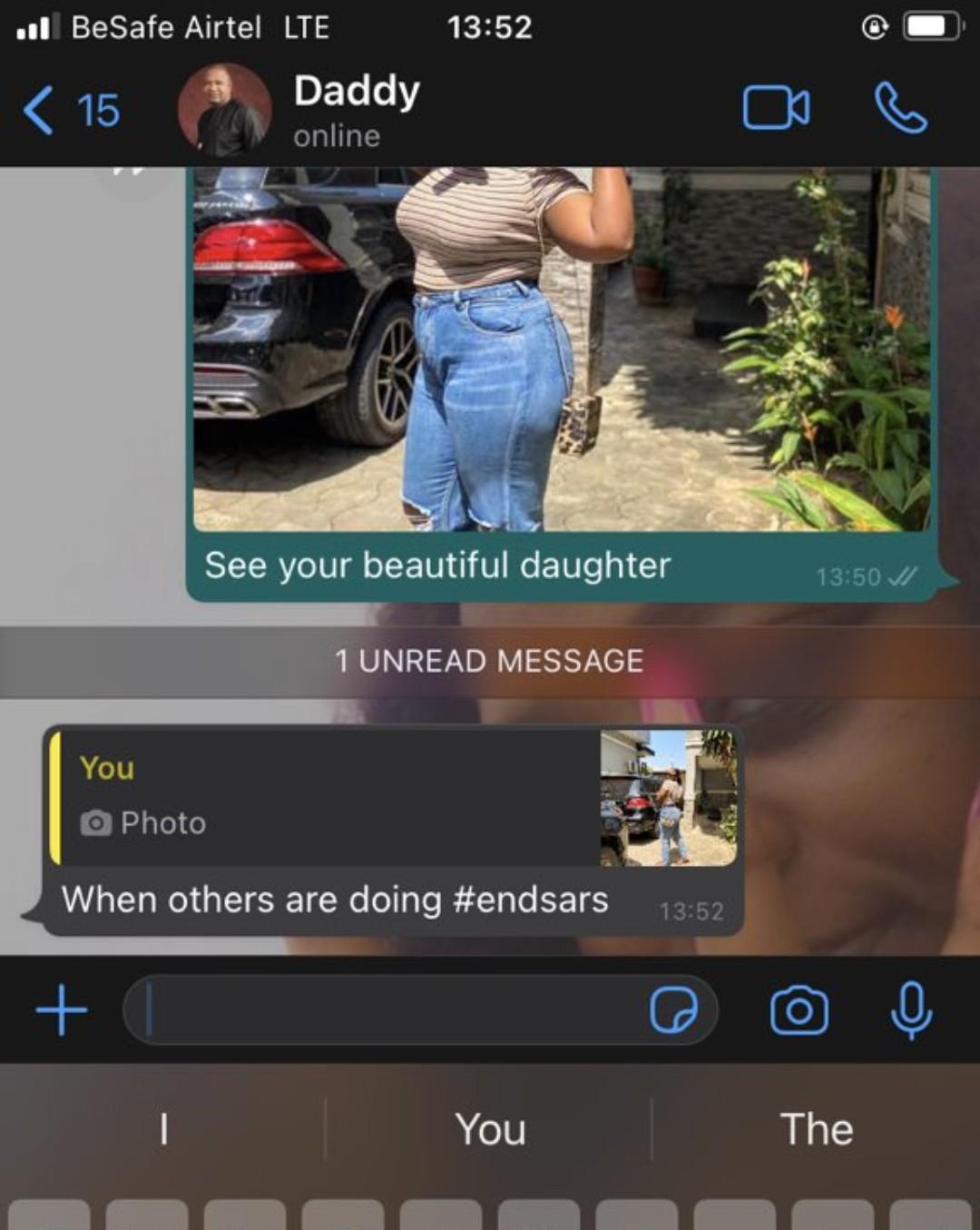