A lady has narrated how life became miserable for her after her sad encounter with her father while her mother was away. 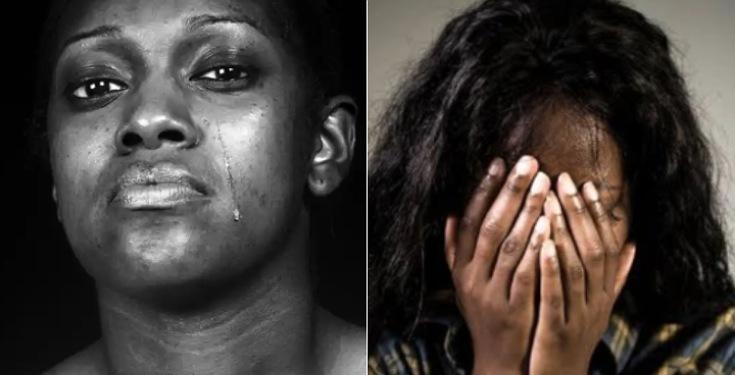 Sharing her heartbreaking experience, she wrote;

“The day my father asked me to take his briefcase to his room is the most regrettable and painful day of my life.

It happened on Friday morning. My mother and dad left to work after having their breakfast.

Meanwhile, my friend had just invited me to come visit her at home. After about three hours my parents left to work, I decided to take my bath and go visit my friend. While I was taking my bath, I heard a knock on our door. I ignored the knock for the first time because I was not expecting anyone, until when I heard my name. To my surprise, my father was the one knocking at the door, because that was not the usual time he comes back home.

So, with a clean mind and without bothering to go to my room to put on my clothes, as I was not done taking my bath then and also not to keep him waiting, I quickly wrapped my towel and ran out of the bathroom to open the door.

When I opened the door, my father had an unusual look on me, but I didn’t care and was about to return to finish up my shower. When I wanted to go back, he called me back and told me to take his briefcase to his room. At that instant, I was shocked at what he asked me to do, seeing that I have not completed my bath.

Then, I stammered to tell him that I have not completed my bath, but he shouted at me with an angry look.

Immediately, for the respect I have for my father, I decided to take the briefcase and I ran to his room to keep the briefcase. To my greatest surprise, as I was about to return back I saw him with only a boxer, while he was closing the door. I asked him what he think he is doing by taking off his clothes at the sitting room, meanwhile, he was coming closer while I was talking.

Then, I became afraid and was telling him not to come close to me. There, he grabbed me and threw me on the bed and defiled me forcefully.

Throughout that day I stayed in the room and was lost in thought, until my mother came back to work and I told her what happened after she forced me to telling her the truth. Angrily, she walked out of the room.

After sometime, as my head was filled with many thought, I ran out from my room with the intention of living the house permanently, but while I was running out of my room and was about passing their door, I overheard the word ‘Adopted’. Then, I decided to eavesdrop, only for me to realise that I was not their biological daughter, but was adopted by them.

At this instant, I have lost control of myself and don’t know what to do now. The only thought coming into my mind is killing him.”