Relationship expert, Joro Olumofin has posted an email he received from an aggrieved lady whose relationship ended because Barca lost to Bayern Munich.

Recall that Barcelona has been kicked out of the UEFA Champions League quarter-final after they were trashed by Bayern Munich.

She revealed that her boyfriend staked N1 million on the Spanish side to win. The aggrieved lady said that she warned the boyfriend not to stake the money but he turned a deaf ear, saying that he trust his team.

The lady said her boyfriend abandoned watching the match after she and his friends laughed at him when the first half ended 4 – 1 in favor of Bayern Munich.

Sadly, she woke up to a text from him, telling her she has laughed away her relationship and proposed marriage because the money he lost was meant to pay her bride price.

Read her story below: 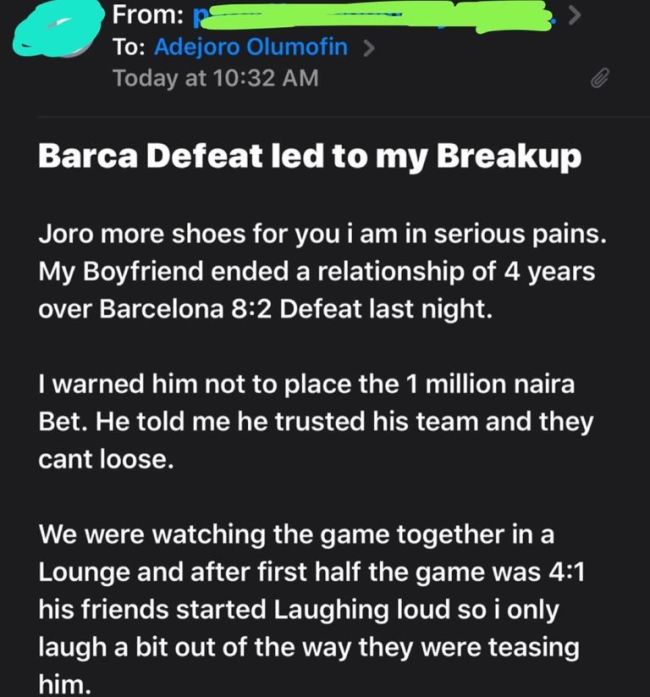 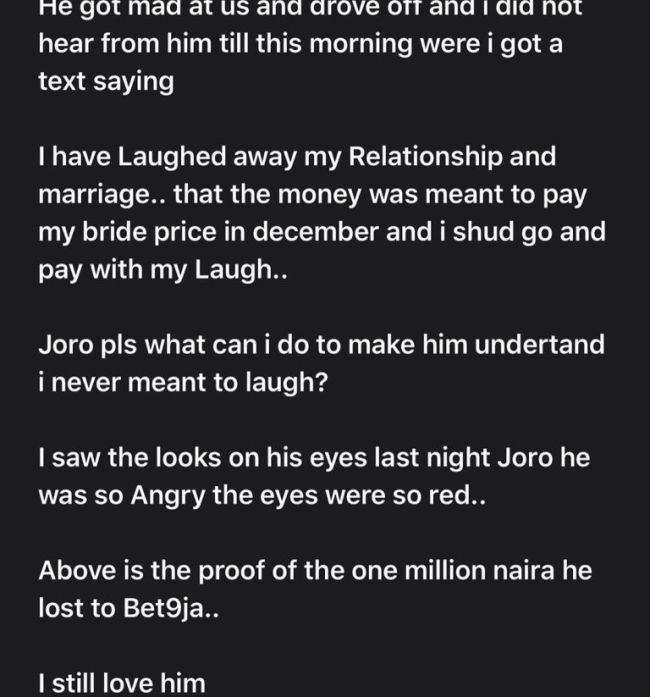 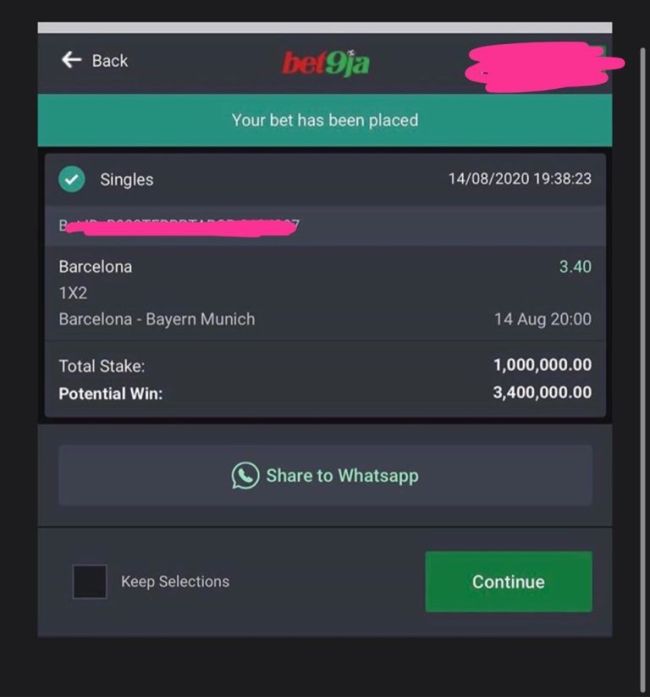