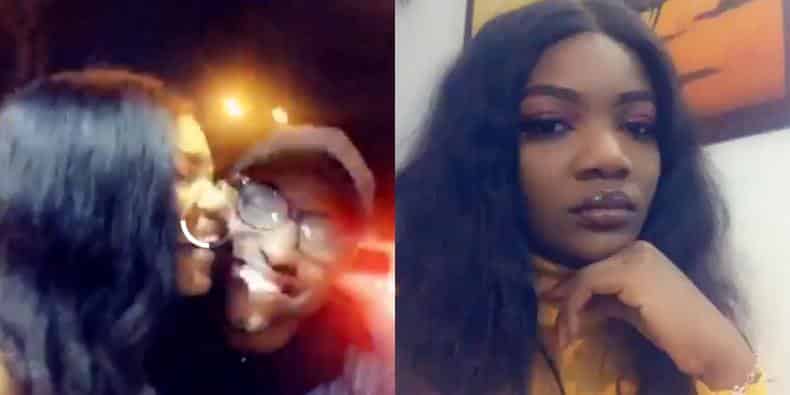 A Nigerian lady, Nneka, has exposed a married man who has been pestering her for sex and a relationship and also spending lavishly on her and her friends.

Nneka says the married man whose name she gave as Stanley, has been pestering her for a relationship for a long time. He hid his marital status from her but her intuition kept telling her that Stanley was married.

She recently found out he was married. She called him out by posting a video of him professing love to her. When she reached out to him, Stanley allegedly told her that his marital status shouldn’t change anything. 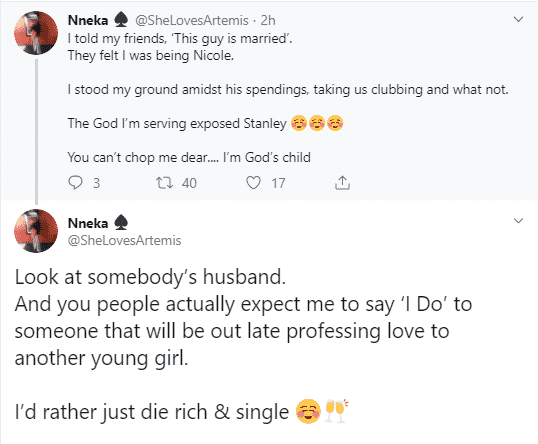 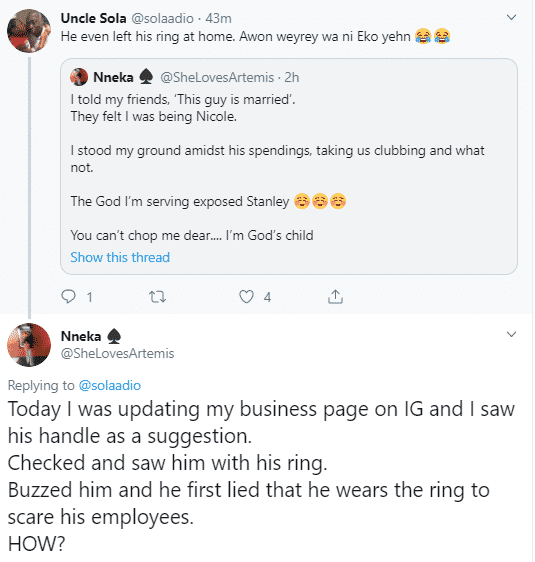 Look at somebody’s husband.
And you people actually expect me to say ‘I Do’ to someone that will be out late professing love to another young girl.