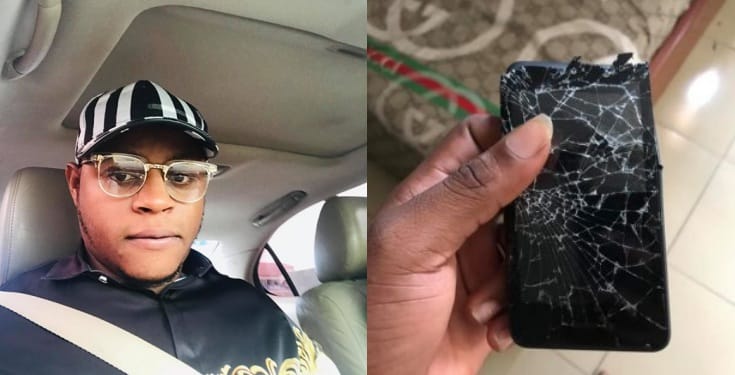 A Nigerian man identified as Isaiah Chidiebere, took to social media to reveal what his girlfriend did after she was caught cheating.

According to the man, he was checking her phone when he discovered that she has been cheating with 2 other guys.

However, when he confronted his girlfriend, she grabbed the phone from him and smashed it on the floor, breaking it into pieces.

“Today I went through my girls phone to my amazement I discovered that she’s been cheating on me with 2 other guys! I confronted her to explain the several messages I saw on her WhatsApp, she snatched the phone from me and smashed it so hard on the wall.

Edit: We’ve been dating for the past 2 years.” 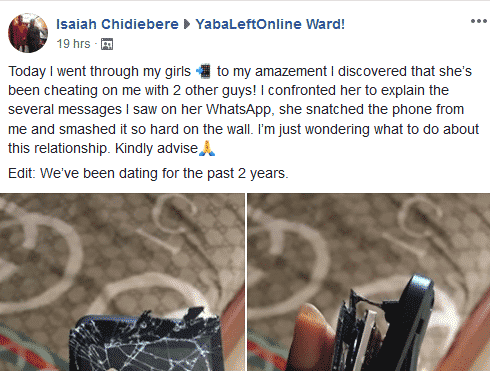