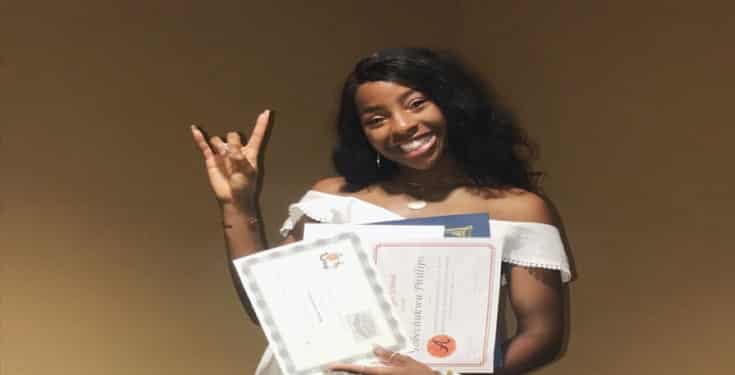 A Nigerian female student named Tobechukwu Tobi Phillips recently made Nigerians proud by breaking all barriers to become the first Black valedictorian in Alvin High School’s 125 year history. She outdid herself by earning a 6.9 GPA on a 4.0 scale.

The school located in Texas, USA, was first established in 1894 and integrated with African-American students in 1965. For the first time in the history of the institution, Tobi Phillips earned a 6.9 cumulative GPA on a 4.0 scale. 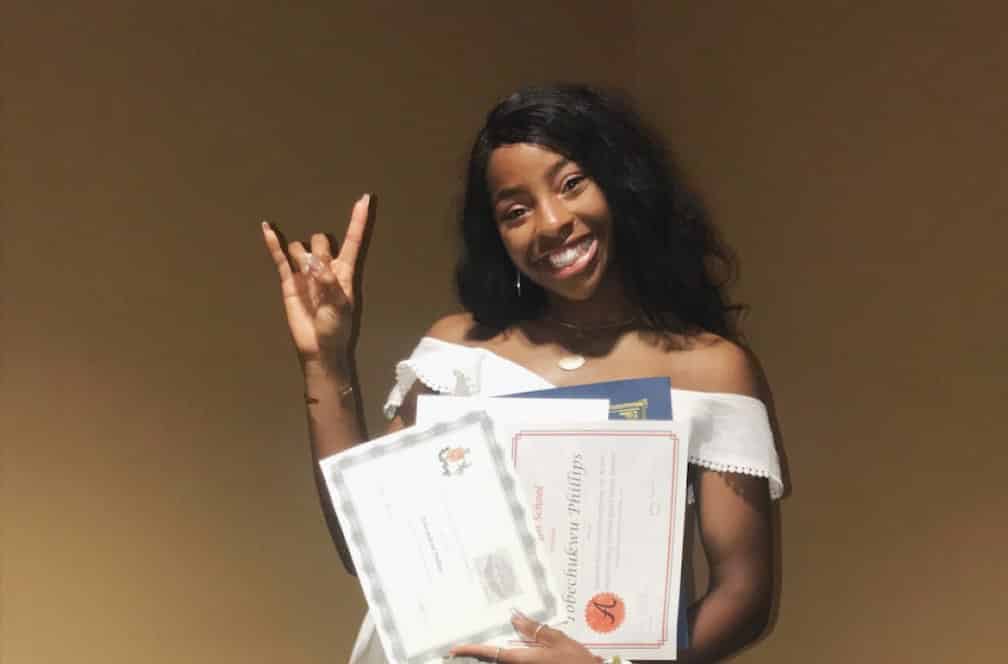 Tobi earned A’s in all the AP courses she took during her four years in the school. This placed her at the top of her class. Out of a school with approximately 2,800 students, only 86 are Black student. Despite this, the Nigerian lady worked her way to the very top.

It was not all a bed of roses for Tobi Philips. For one, she had to deal with a number of challenges and jeers from her peers. But, she managed to brace all these odds and achieve her goal.

Apart from being an A-student accademically, Tobechukwu Phillips is also a decorated volleyball and track athlete. She is a Sunday school teacher, a member of the Rho Kappa Honor Society, the president of the National Honor Society and an AP ambassador.

Presently, she is set to attend the Nursing School at UT in the fall. She plans to one day own her own clinic as a pediatric nurse practitioner. As a valedictorian, Tobi had a useful word of advice for other youths like her.

“My biggest advice to other scholars of color is to truly adopt the mindset of Rosa Parks — ‘No.’ Do not conform to the stereotypes that have held us under thumbs for so long. Do not be discouraged when someone speaks out against you, simply allow what they say to fuel your fire. But more than anything, do not remain tight-lipped. Stand up for what you believe in and take it upon yourself to be the change you’ve always wanted. Say ‘No’ to the ways of the world and stick out.”

Tobi earned a 6.9 cumulative GPA on a 4.0 scale, placing her at the top of her class. ?? pic.twitter.com/LC2qAnq1wP