The Nigerian Association of Resident Doctors, NARD, have threatened to embark on an indefinite strike should FG fail to resolve issues bothering on welfare and safety of Nigerian Doctors. 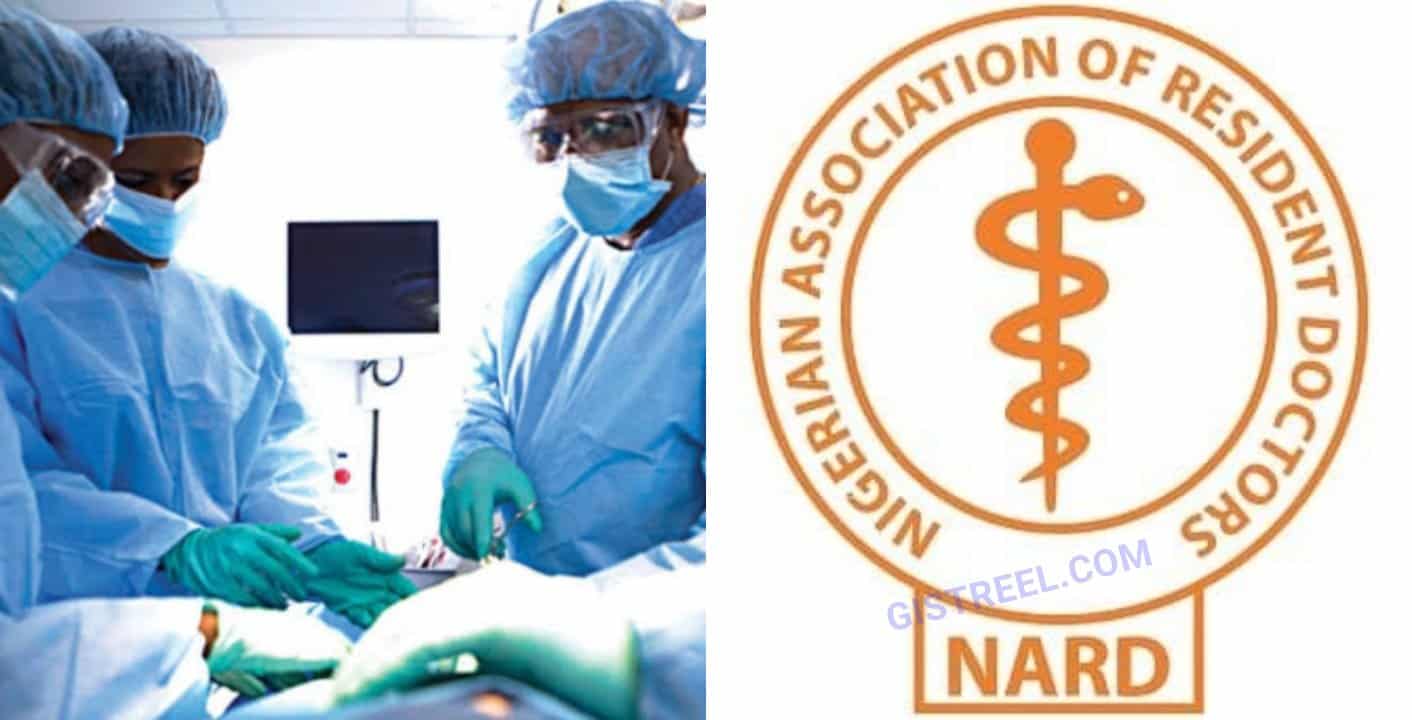 NARD made this known on Saturday, May 30, in a recent interview with The Nation.

The association stated that the Federal Government is paying lip service to the welfare of health workers, especially when it concerns the review of hazard allowances and life insurance.

While demanding for the reinstatement of 26 of its members who were unethically sacked in Jos, the Association disclosed that some States government have slashed the salaries of health workers not minding the economic huddles that came with the pandemic.

Speaking during the interview, the President of the NARD, Dr. Aliyu Sokomba, said: “The illegal disengagement of 26 resident doctors at Jos University Teaching Hospital in the face of this pandemic without recourse to the law governing the Residency training is one of the paramount issues that we believe should not only be addressed but also an apology issued to those affected.

“Our stand is that if there is anyone that is due to be disengaged, even if it is by tomorrow the person should be disengaged. But we cannot tolerate illegal disengagement of people without recourse to the Residency Training Program.

“We demand immediate recall of the sacked resident doctors at Jos and payments of their salaries.

“Secondly, the residency training itself has not been implemented for some time now, even though there is already an Act enacted that was timed as far back as 2017. The part of the act states that there shall be funding for the program and people who are not able to finish their program in good time will be disengaged.

“The government has decided to implement part of the Act that says you should disengage them when they don’t finish their program, but has failed to implement the part that says you should fund their program. This is without prejudice to what is happening in Jos because what is happening in Jos is that the Act was totally abandoned and they illegally disengaged them.

“We demand universal implementation of the Residency Training Act in both Federal and State teaching hospital. We also enjoin the Federal Government through the National Assembly to ensure full capture of the residency training funding in the 2021 Appropriation Bill.

“What is worse is that all of this is happening when we thought that measures will be rolled out to address the COVID-19 and at least, if not improve the condition of doctors, then, the status Quo should be maintained. On the other hand, what we get is further assault.”

Speaking further, he added: “The Federal Government on their own agreed to review the hazard allowance of healthcare workers in Nigeria which was widely published and publicised. Three months down the lane, nothing has been done. Our hazard allowance even as at May is still reflecting the N5,000 hazard allowance they claimed they have reviewed.

“We think there is no sincerity in the way and manner government is handling this matter. The life insurance they claimed they have also procured for doctors and other health care workers is only on the pages of newspaper. We demand immediate implementation of the revised hazard allowance and payment of COVID -19 inducement allowance.

“As I speak to you, I have just been informed of the death of one of our colleague – Dr. Nas, who incidentally was my classmate in medical school. So, the point is that as people keep dying, what do we tell their families and relations? Is it that we are just watching them die, while government is doing nothing and we are not saying anything?

“What is worse is that in some states, the government have decided again to further add salt to injury. They waited until COVID-19 time to slash doctors and other health care workers’ salaries further. Like what was recently executed by the Kaduna State government that cut the salaries of health workers by twenty-five (25) percent.

“We demand payment of arrears of the consequential adjustment of the new minimum wage to our members and its application to state tertiary health institutions. NARD condemns the illegal deductions in salaries of our members by some state government and demands immediate refund.

“We note with concern the incessant harassment of her members by security agents and assault of our members while on duty particularly in Lagos, Delta, and Abuja. We call on security agencies to stop the harassment and assaults of doctors while carrying out their legitimate activities.

“The Association is hereby issuing a 14-day ultimatum to Government after which the Association shall proceed on a National Total and Indefinite Strike action should our demands remain unmet at the end of the 14 days.”

The notice served by NARD stressed that the 14-day ultimatum starts from May 30, 2020.