As Nigerians all over the world continue to show love to her and give her appraisals for the wonderful feat she has accomplished, the newly elected WTO President, Dr Ngozi Okonji Iweala, has responded to the apology rendered by the Nordwestschweiz newspaper. 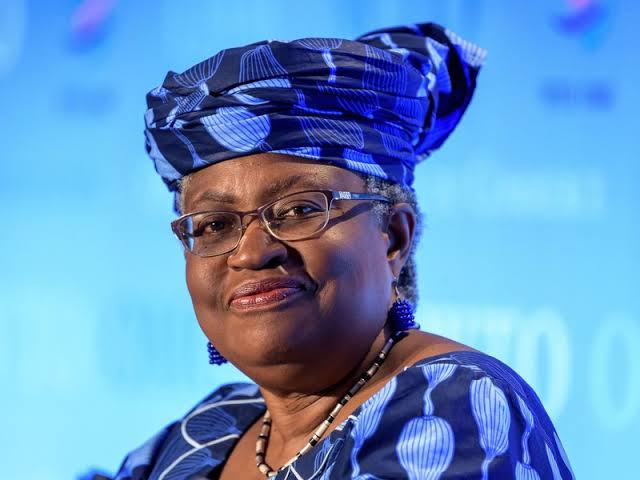 The newspaper editor had addressed her as, “this grandmother will be the new Chief of the world trade”.

Criticisms all over the world has been appalling as to why “grandmother” should be used to describe her despite her achievements as a woman.

Ina series of tweets, she further thanked all get sisters, in women leaders, and the 124 ambassadors in Geneva who signed the petition against the racist and sexist remarks in the Nordwestschweiz newspaper. 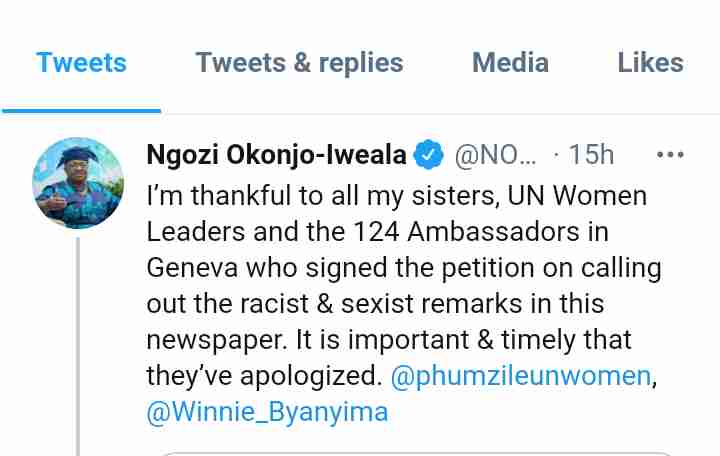 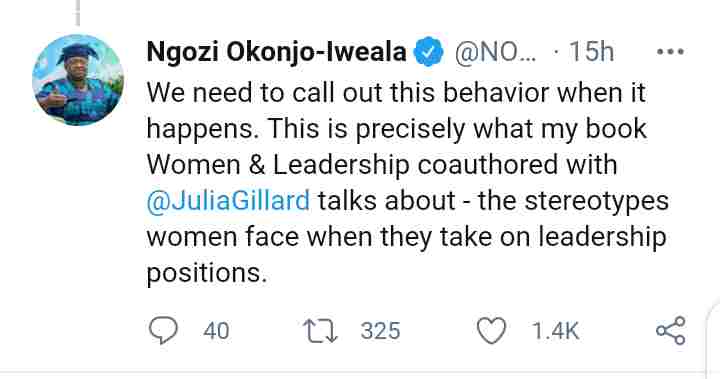 Nordwestschweiz has rendered a public apology to her. See screenshot below; 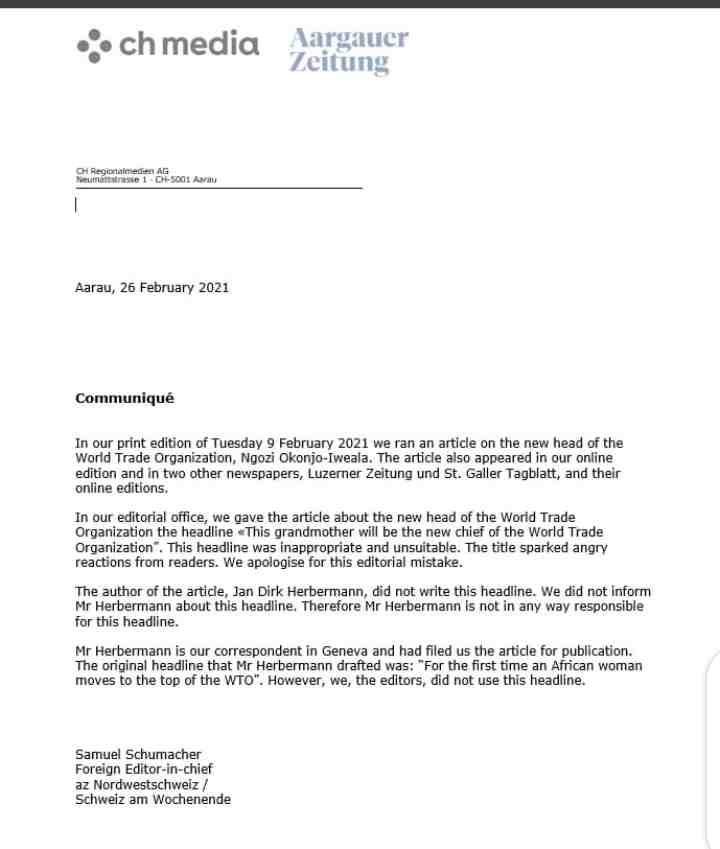