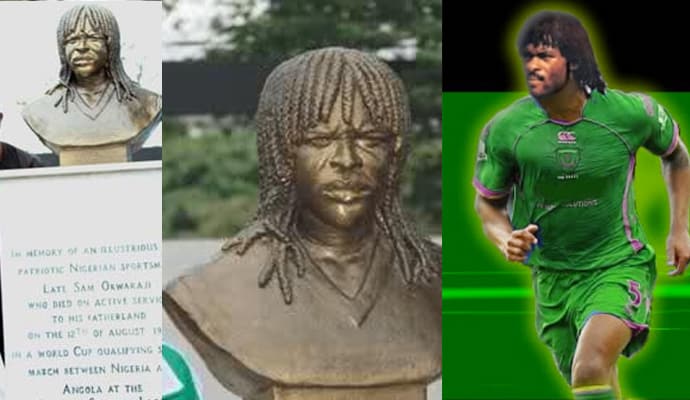 “Ask not what your country can do for you, but what you can do for your country”. It is in line with this that The Nigeria Football Federation, on Monday, marked the 30th anniversary of the death of professional footballer, Samuel Okwaraji.

Okwaraji died in field of play, in a bid to hoist the national colours high at the National Stadium Surulere, on the 12th August 1989.

On its verified Twitter handle, the NFF shared a video in memory of the late football player.

It's been 30 years since this real and true Nigerian Patriot passed on while on duty for the country. Keep resting in peace, Samuel Sochukwuma Okwaraji. #WeRememberSam pic.twitter.com/GjUNjCZTlx

In the video, NFF president, Amaju Pinnick, was quoted as saying, “We still feel and respect the labours of our heroes past, and we want to say today, being the 30th year that Late Okwaraji passed on while playing, we still feel the sacrifice and patriotism that he showed, playing for this great country. And we have learnt great lessons from that patriot, even as we continue to use his attitude to guide young talents.”

NFF captioned the video, “It’s been 30 years since this real and true Nigerian Patriot passed on while on duty for the country. Keep resting in peace, Samuel Sochukwuma Okwaraji. #WeRememberSam“

Apart from being a professional lawyer, who played for Nigeria, Okwaraji was also a qualified lawyer who had a masters in international law from the Pontifical Lateran University of Rome.