Nigerian songwriter and television producer, Abdulrasheed Bello, popularly known as JJC Skillz has added a new whip to his garage. 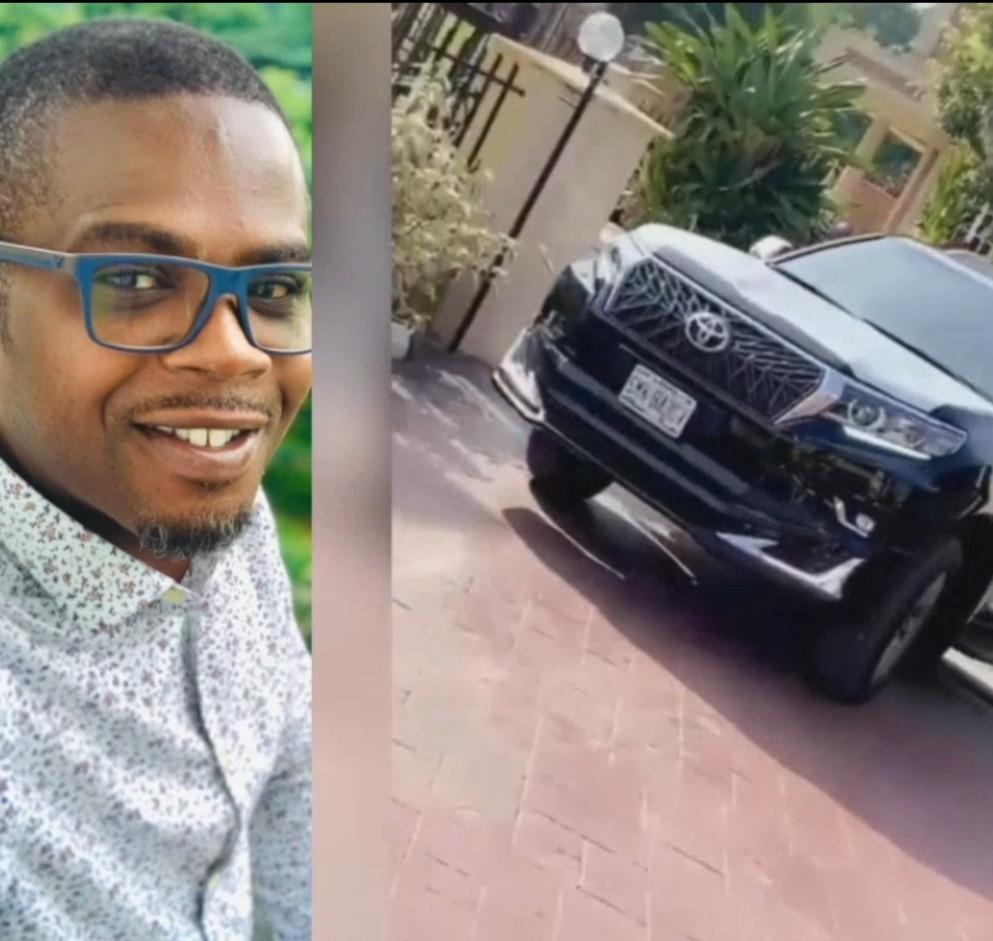 JJC Skills has acquired a Prado SUV, this comes a few days after his wife, actress, Funke Akindele also acquired a Lexus SUV.

In the viral video shared by his wife, he was seen riding the SUV into their home in Lagos.

The couple got married in a secret wedding ceremony on August 23, 2016, in London, and in 2018, gave birth to a set of Twins. He and his wife also co-produced Industreet a television show about the Nigerian music industry.