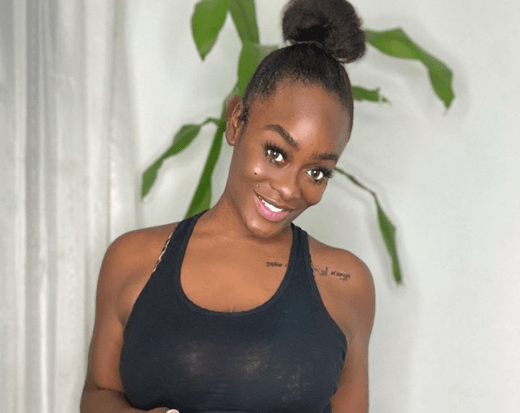 According to Uriel, she was making her hair when Ozo called to thank her for supporting him. She also described him as a gentleman, saying Nengi has a good man.

“Gratitude is key @officialozo__ Such a lovely surprise , To say Thank for the support.. warmed my heart, Nengi you have a Good Man.
@noble_igwe ah you No warn a sister make I Rub lipstick ??? I had to throw on one blue wig . Ah Noble Noble why na #manlikeozo
I’ve promised to take him out so I will be prepared with Advise and food” she wrote. 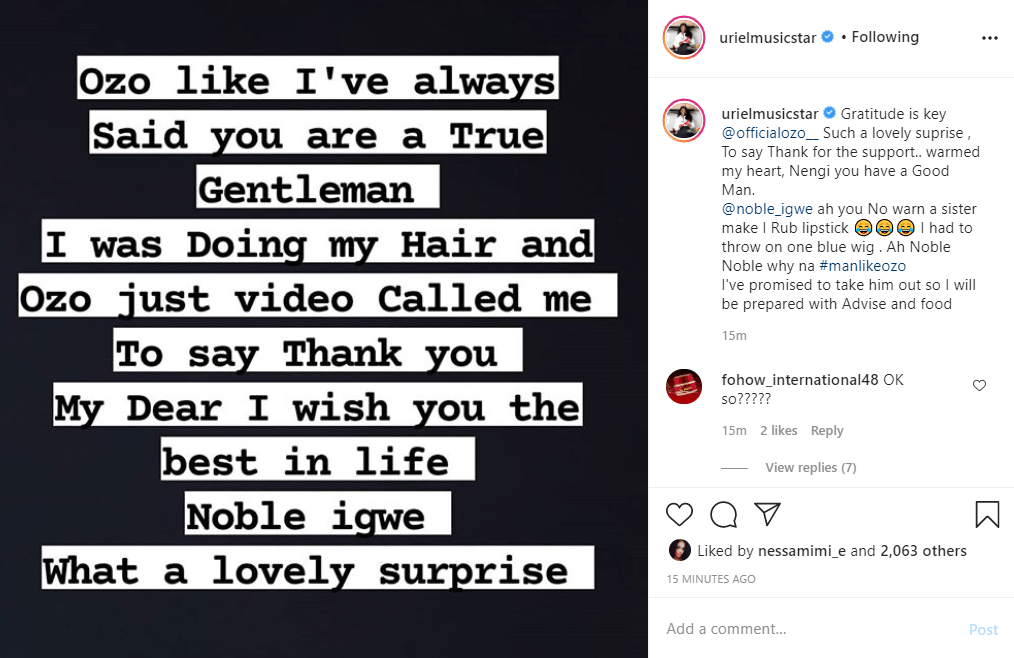 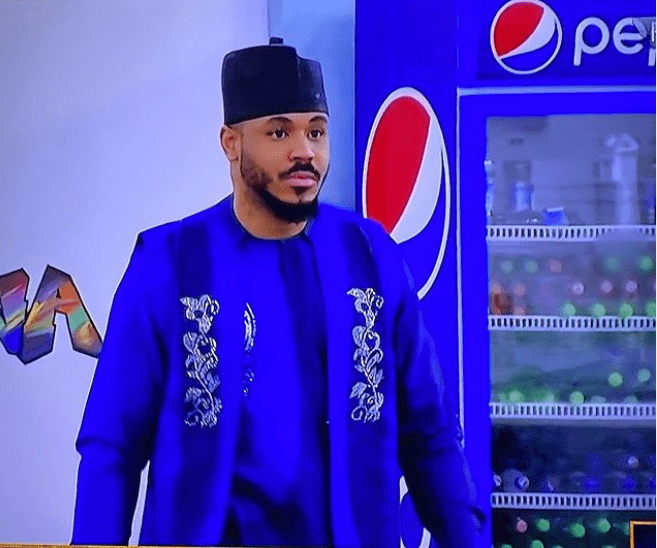