Nollywood Actress and Billionaire wife, Regina Daniels has taken to her social media page to share a screenshot of her chat with her brother, Samuel Daniels. 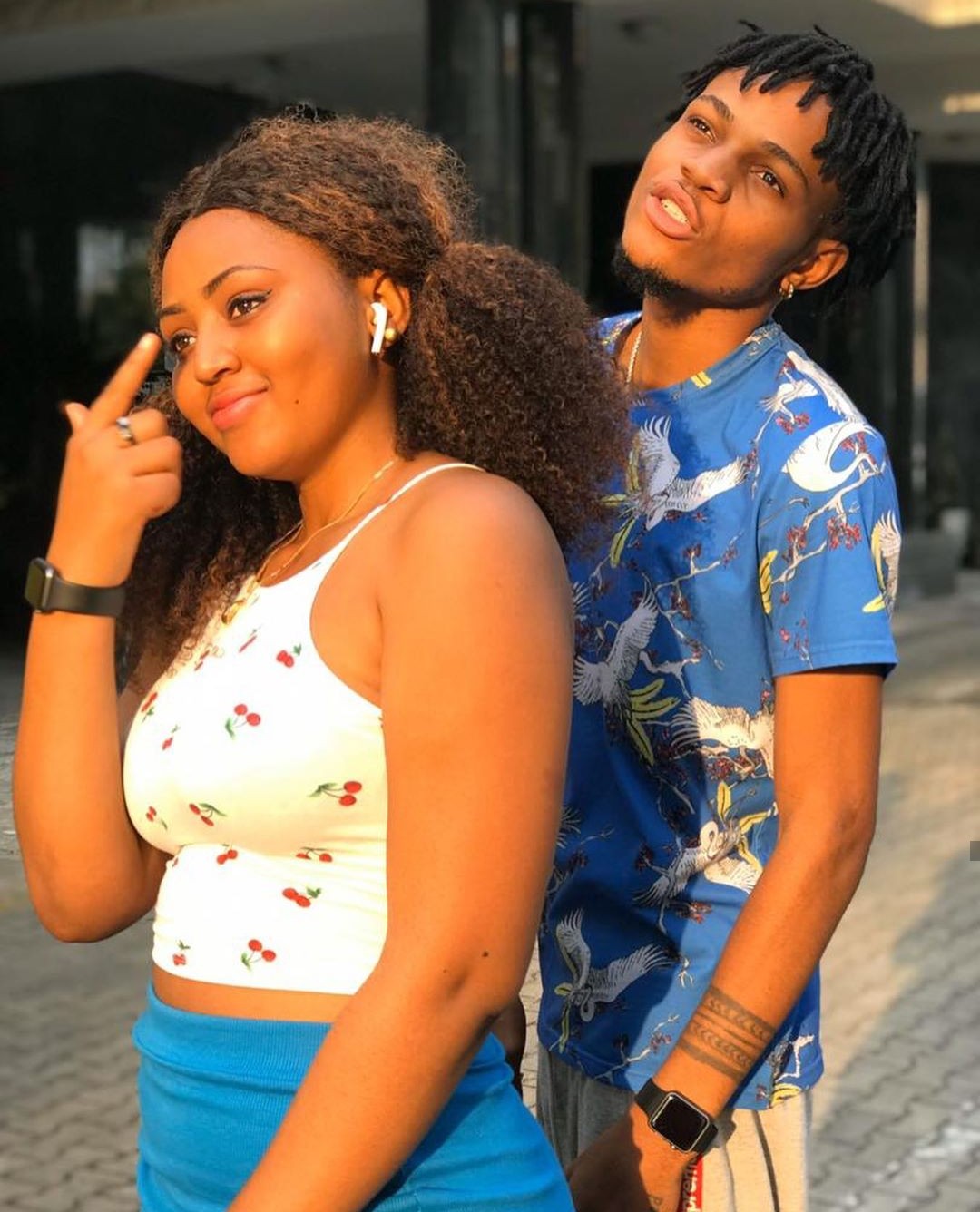 In the conversation, Samuel aka Sammy West reached out to his sister, telling her not to forget him now that she is thriving.

The actress responded, saying she will try not to but he went on to emphasise his request.

Sammy also playfully stated that he is heartbroken because the actress’ husband, Ned Nwoko took her away from him. Reacting to this, Regina told him to leave her alone and she called him a ‘blackmailer’.

Recall, the actress shared a photo of herself hugging her brother to celebrate his birthday and she revealed that she would have loved to get married to him if he was not her brother. 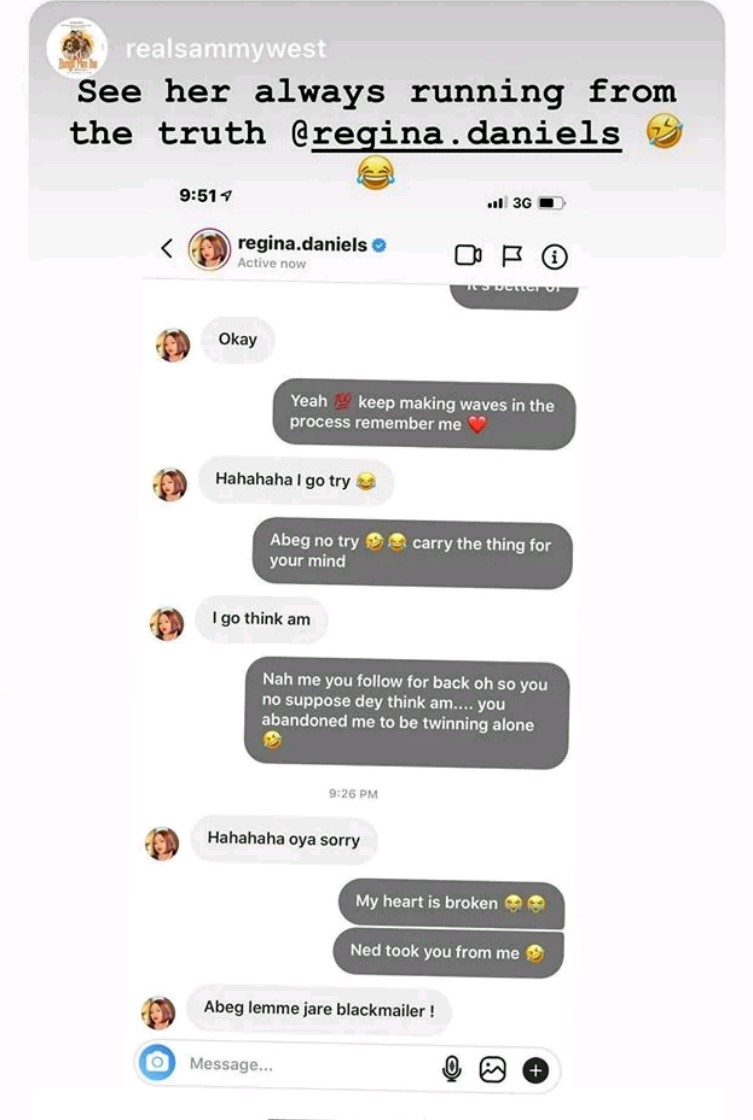