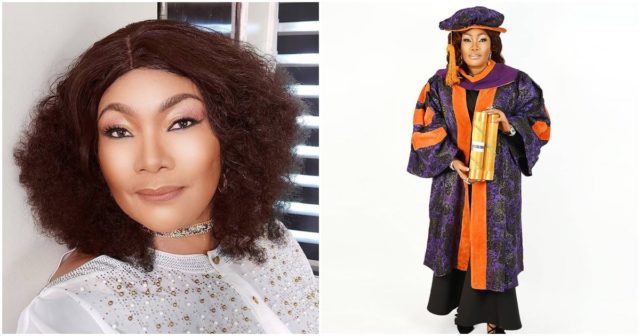 Veteran Nollywood actress Eucharia Anunobi has disclosed that her rich father thought that it was useless to train a female gender. 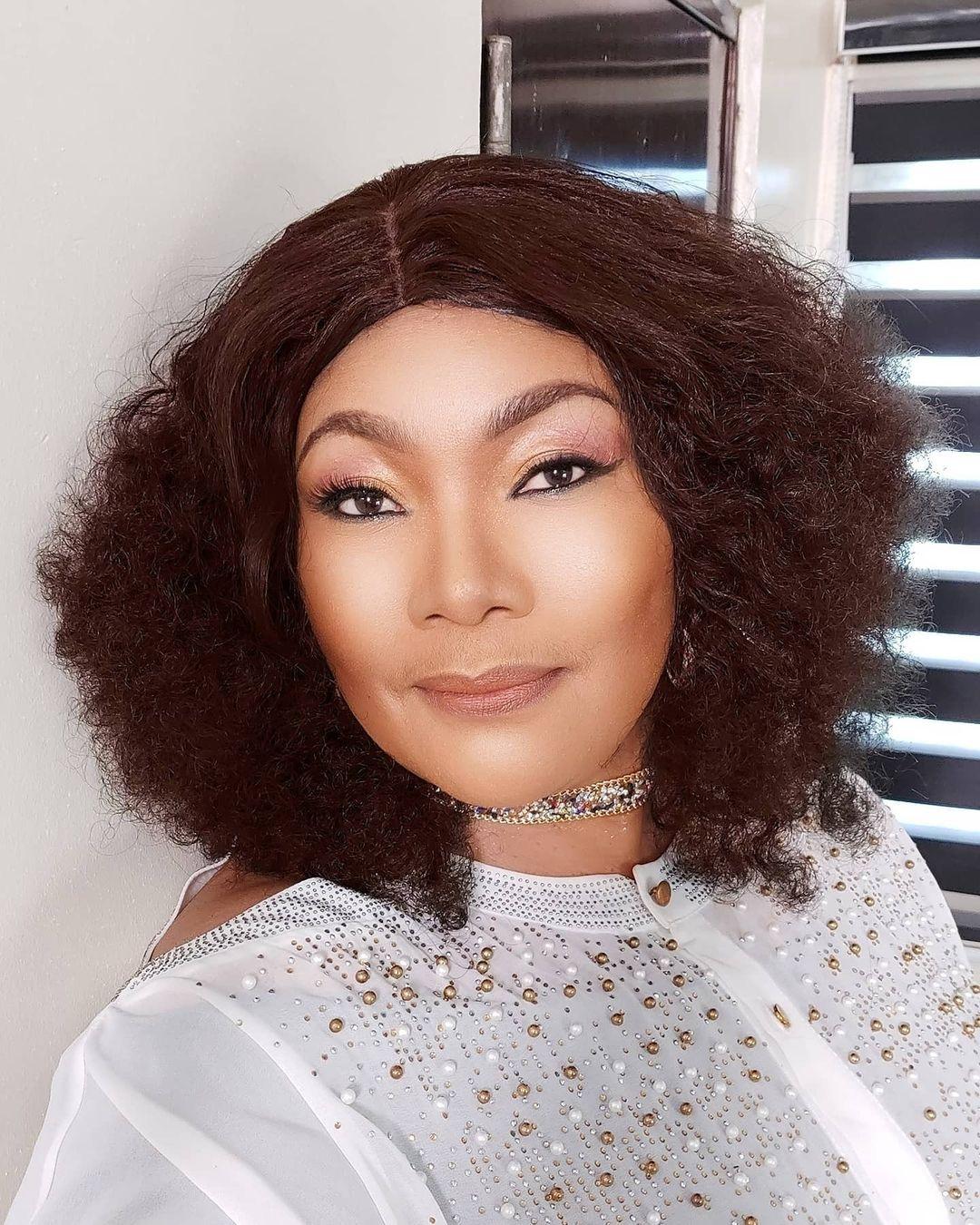 The actress who just acquired her Ph.D. in Christian Education and Ministerial Arts took to her Instagram to urge her fans to thank God on her behalf.

According to Anunobi, “… that the female gender is useless to him and can’t carry his name anywhere”.

“If you are still in doubt about God’s grace, read the caption below • Am still in awe of God. He changes destinies in a twinkling of an eye! He is the rule breaker! He doesn’t need anyone’s permission to bless someone’ ! Just look at the girl, whose rich father refused to train after high school, that he had no need for a girl child . That the female gender is us_! ass to him and can’t carry his name any where. That he rather concentrate and train the male children to any level of education that they desire . And this girl child struggled all by herself, and is a model , a former beauty Queen , a famous super star actress , a preacher . AND NOW THAT GIRL-CHILD IS A PH.D HOLDER IN CHRISTIAN EDUCATION AND MINISTERIAL ARTS . AND SHE HAS ENGRAVED HER FATHER’S NAME ON THE MAP OF THE WORLD AND STILL CARVING IT AND WILL KEEP CARVING IT UNTIL THE RETURN OF JESUS CHRIST ! I. I AM THAT GIRL CHILD AND MY NAME IS APOSTLE DR EUCHARIA AKUWA ANUNOBI !! Celebrate God on my behalf #notashamedofthegospel “ 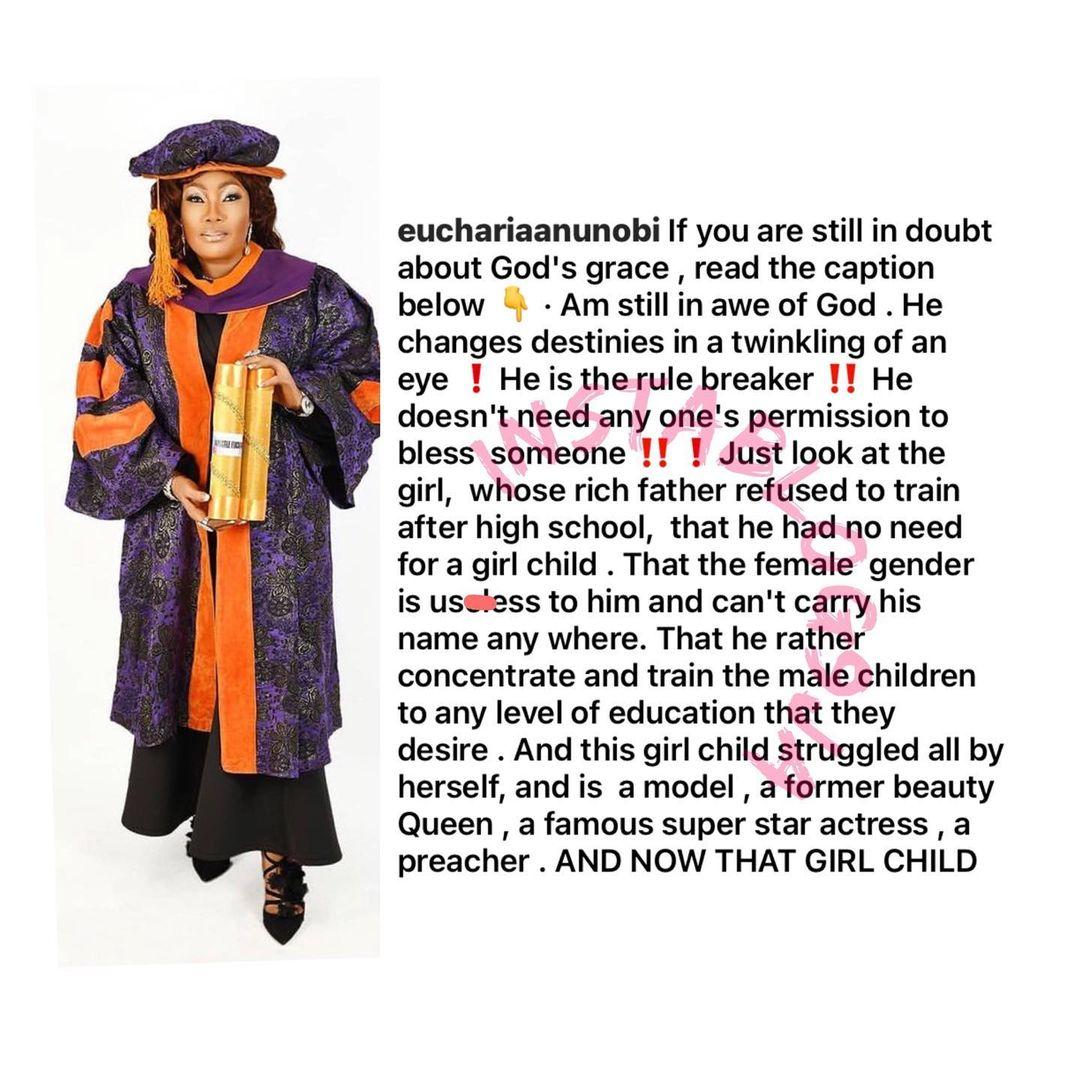 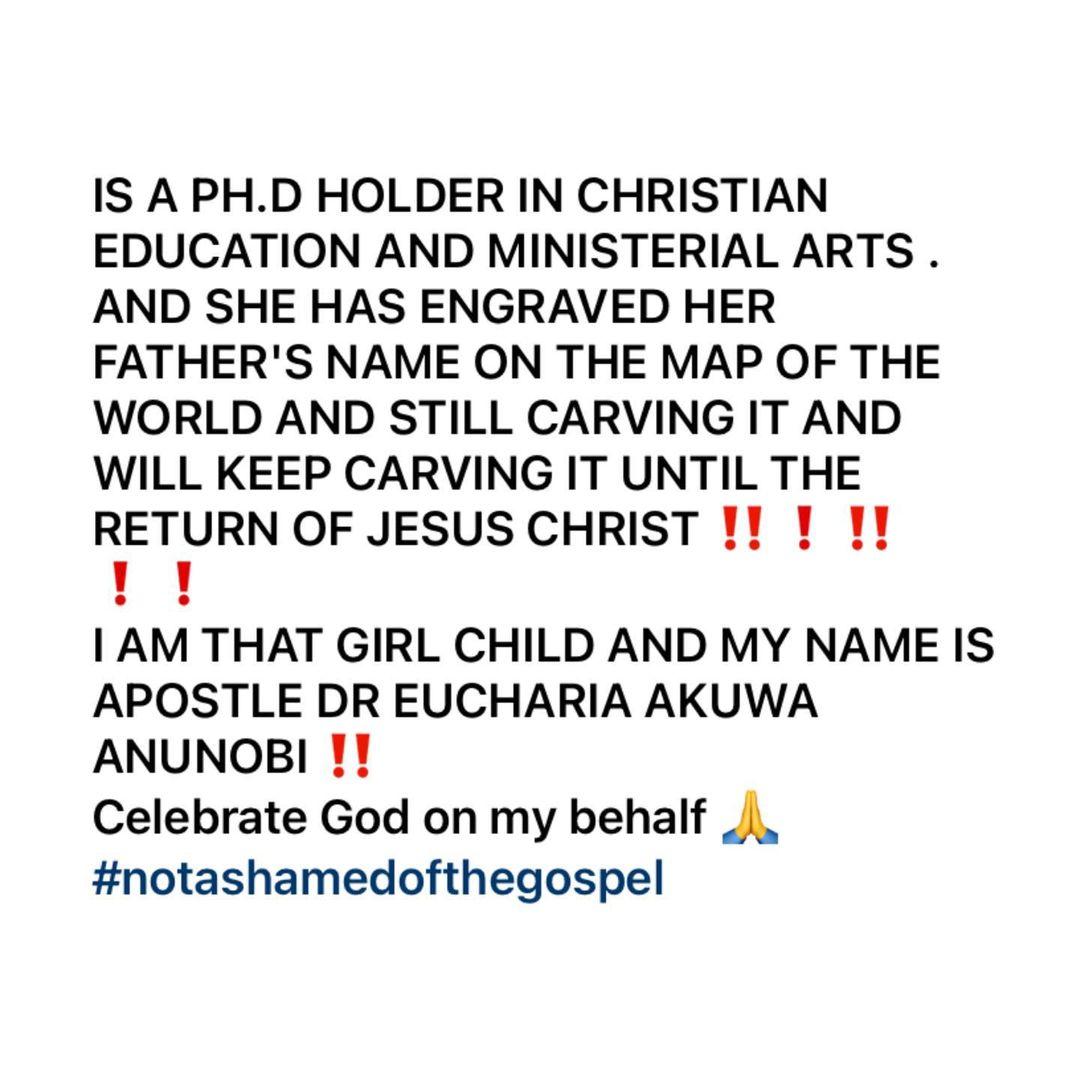