A hilarious video of former BBNaija housemate, Cross struggling to speak his language in new interview, has sparked reactions on social media.

Apparently, the reality TV star who hails from Oba in Anambra state, was interviewed in Igbo, and he couldn’t answer the questions fluently. 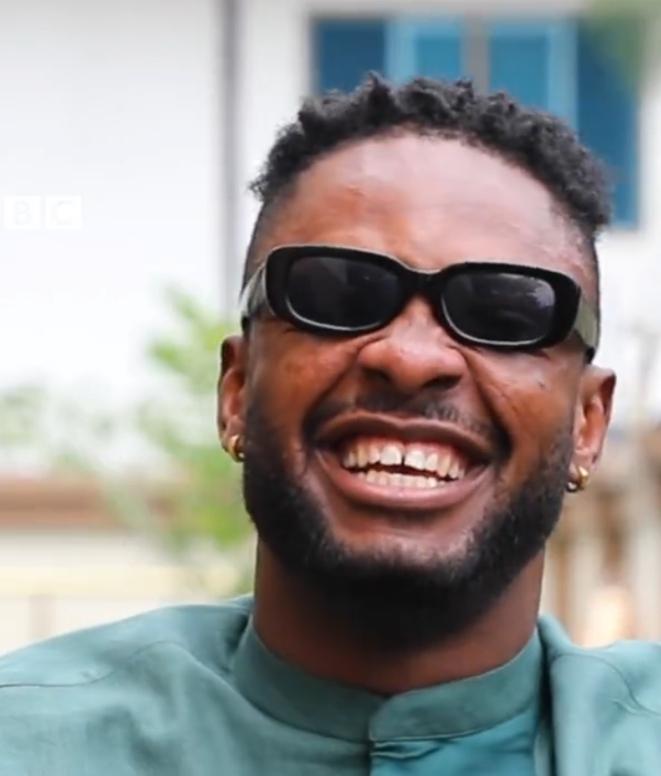 In the interview, Cross was asked about his journey to Big Brother’s house and how he was able to cope with all the hurdles which he faced while in the house.

Reacting to this, Cross kept on struggling to speak Igbo, as he found it difficult to be fluent in speaking the language.

At a point, he had to apologize to his Igbo brothers and sisters for his inability to speak well.