Home Entertainment News My new husband is a Muslim and can marry more than one...

Nollywood actress, Mercy Aigbe insists she is not responsible for her new husband, Kazeem Adeoti a.k.a Adekaz’s failed marriage to his first wife, Funsho. 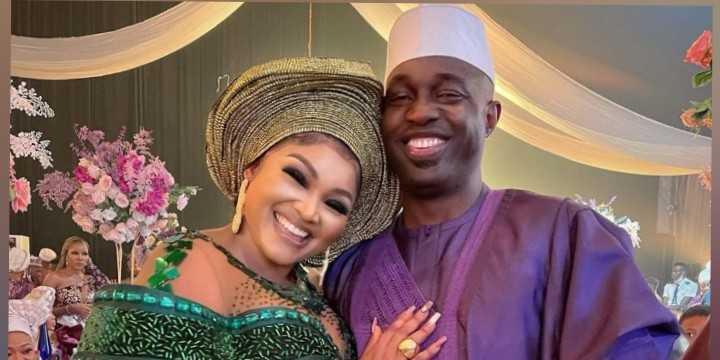 The accusation against the actress tensed up after her former husband Lanre Gentry, shared a now-viral photo showing the both of them with Adekaz and Funsho at a party.

Insisting on her words, Mercy Aigbe in a message obtained by The PUNCH maintained that Gentry and Adeoti were never friends, and that her new husband’s religion permits him to marry more than one wife.

She noted: “They were never family friends as speculated by Funsho and what is been peddled on social media. The picture (in question) was taken in 2013 during Adekaz’s fortieth birthday, and I was still married to Gentry then. I attended the event with my then husband. My husband is a Muslim and he is allowed to have more than one wife. I did not break his marriage to Funsho.”

“Your breakfast is doing press up” – Netizens come for Rosy Meurer over recent...