Home News “My daughter’s middle name was a name he suggested in their chat”...

Embattled man narrates how he found out about his wife’s infidelity and how his beloved daughter belonged to another man. 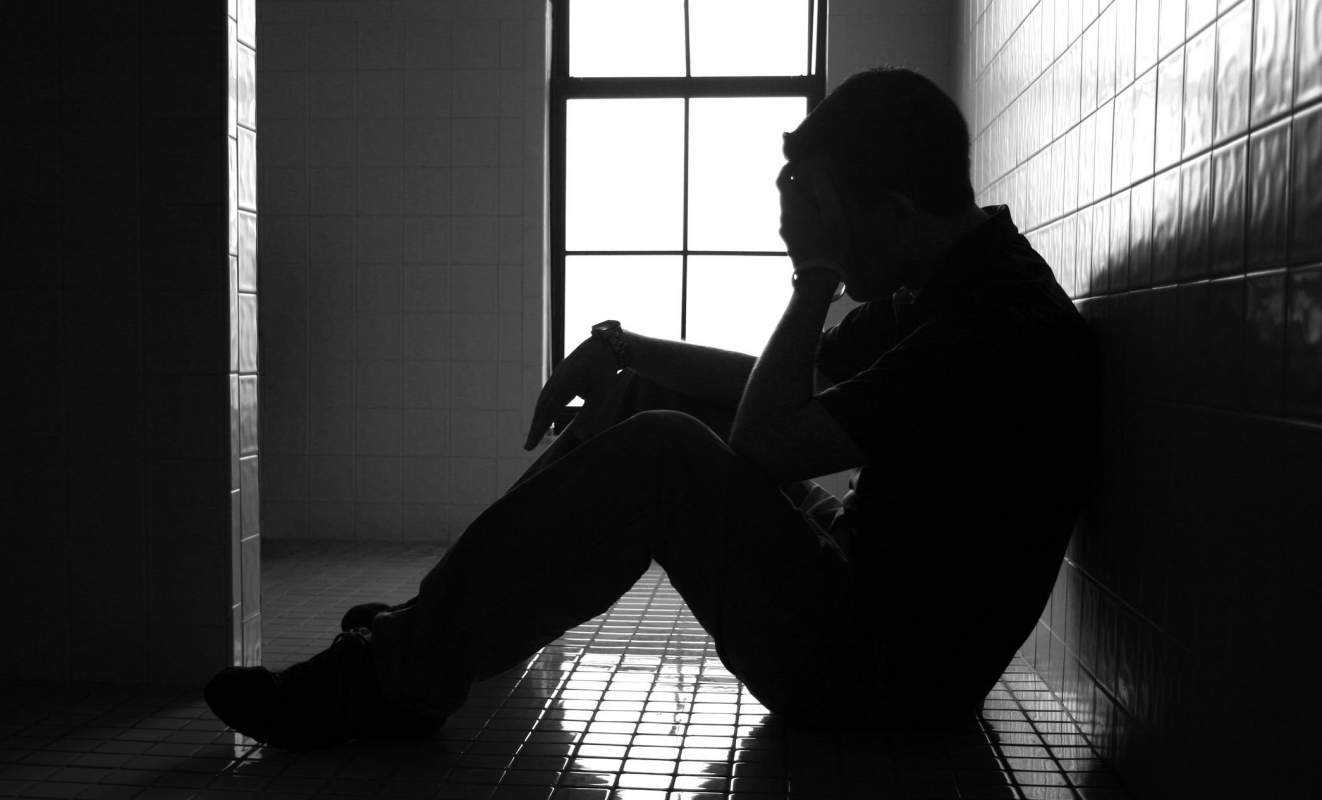 According to a narration shared anonymously to the internet space, a husband stumbled on his wife’s chat notification that had a suspicious message while trying to make a call.

Out of curiosity, he decided to take a quick look; lo and behold, the contact saved with a woman’s name turned out to be a chat from a man who has been in touch with his wife even before their first child.

“I picked my wife’s phone to make a call. I had a low battery. There was an unread message from a guy. My wife had saved his name with a lady’s name.
I wasn’t going to open it but because of the nature of the message, I had to read their conversations. The unread message on her screen was {I will do anything for you sweetie}.
I kno a woman can send that message but my instincts were telling me to confirm the gender from their chat. They had a long history chat. And calls. I discovered something that shocked me.
It was from their interactions last year, when my daughter was born. When my wife was in the labor ward, I was leading a presentation for our company.
In fact, when my wife forwarded the picture of my daughter to me on whatsapp, I was about to give a speech at the meeting. I was so excited, I had to announce to everyone I had a daughter. I used FORWARDED because she originally had uploaded the picture to this man and captioned it, (Our baby girl).
I took my phone to scroll to see the time she forwarded the same picture to me after sending it to him. 45 minutes. I was an afterthought. My daughter’s middle name is a name he suggested in their chat,” he wrote. 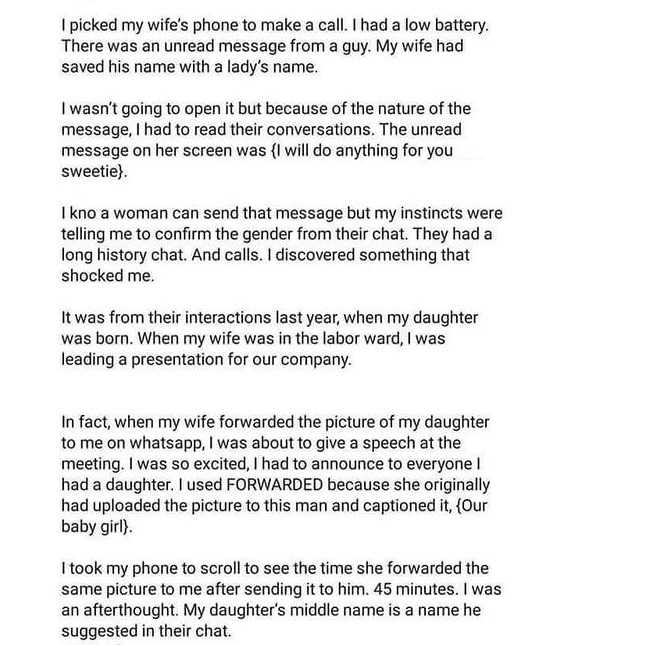