#EndSARS protesters in Abuja are holding their Jummat prayers on roads in support of ongoing protests against police brutality in Nigeria.

Protesters have continued their agitations for police reform and justice for all victims of police brutality and killings.

As they continue to press their demands home, the protest took another twist as Muslim youths observed their Jummat prayers on the road while non-Muslims raised their placards and stood behind them.

This comes 24 hours after the Federal Capital Territory Security Committee directed that all street demonstrations, protests, and processions will not be allowed anywhere within its environs henceforth.

According to a statement by the Chief Press Secretary, Anthony Ogunleye, on Thursday, the development became necessary due to the dangers posed by the outbreak of the COVID-19 pandemic.

Watch video and see pictures below; 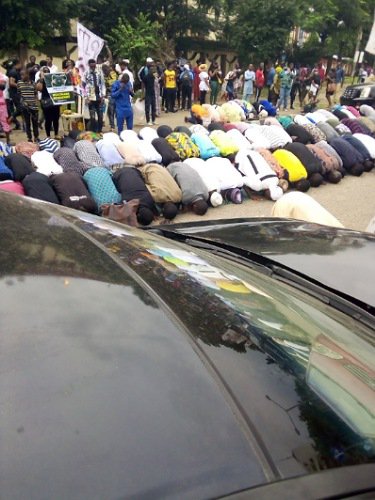 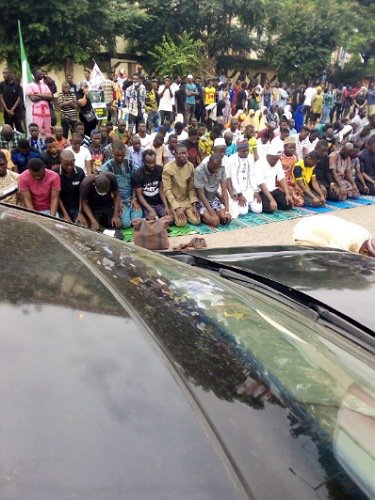 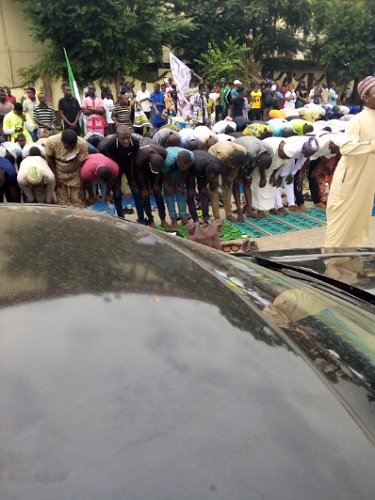