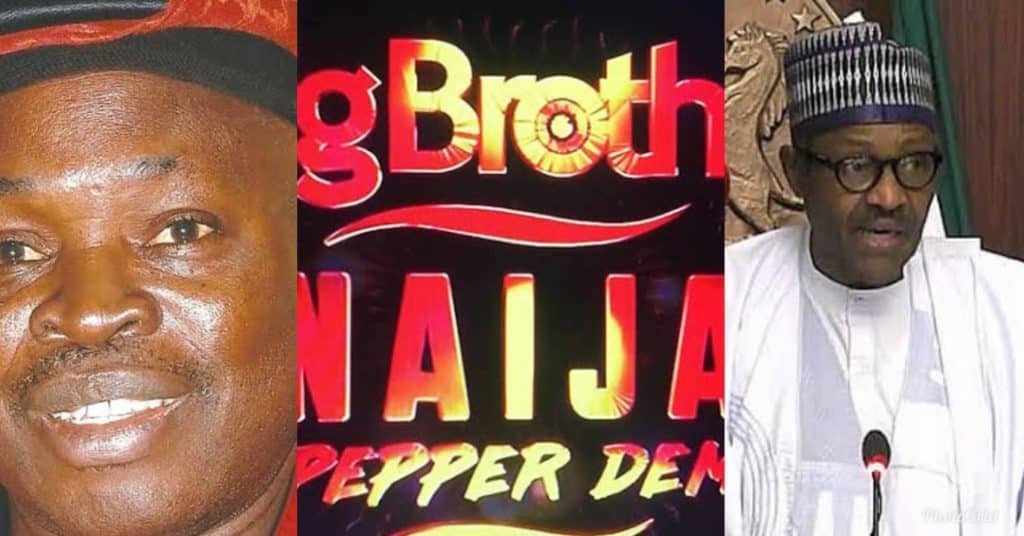 The Muslim Rights Concern, MURIC, infuriated by the airing of the 2019 edition of the Big Brother Naija Reality Show and the indecent acts, has petitioned President Buhari to shut it down immediately.

In a press statement issued by its Director, Professor Ishaq Akintola, the Muslim group labeled the reality show as ‘immoral, dangerous and Bohemian’ and also wondered why the Ministry of Information and Culture and the National Orientation Agency are on sabbatical over the show.

They also condemned the quest for wealth by the youths, which according to them has led to immorality, yahoo-yahoo, ritual killings and a museum mentality for the collection of female panties.

“We are being forcibly dragged to a world of nudity, shamelessness and open promiscuity. Inmates of BBNaija kiss, romance and engage in sex openly. BBNaija is Bohemian, anti-social, crude and immoral. It constitutes a potent danger to every home. BBNaija is Satanic. It is unacceptable.

“Where are our norms and values? Is it part of African culture to engage in sex in the open? Where are the authorities? Is the Ministry of Information and Culture sleeping? Is the National Orientation Agency on sabbatical? Who will protect our children from this despicable onslaught? Who did this to Nigeria?

“This reality show is dragging our children into a life of moral debauchery. It is robbing them of the last vestiges of honour. It is deleting the word ‘shame’ from their vocabulary. BB Naija has alienated our youth from the elders. A yawning lacuna now exists between the young and the old. Irreversible social crisis looms.

“We must see those who woo our young ones with humongous amounts of money, big cars and palatial buildings as those bent on destroying industry, diligence and integrity particularly among the youth. Nothing destroys a nation faster than materialism. The daughters of Jezebel are here already. Unless the authorities move with the speed of lightning, human dignity in Nigeria is going, going, going!

“Or do we not realize that for every single BB Naija inmate who wins big amount of money and a car, more than 50 million young people are misled? Qur’an 30:41 says, ‘Evil has appeared on both land and sea as a result of the handiworks of men…’ The Bible in Ephesians 4:19 was also describing these people when it says, ‘Having lost all sensitivity, they have given themselves over to sensuality so as to indulge in every kind of impurity, with a continual lust for more.’

“Already, the desperate quest for wealth by all means has gripped Nigerian youth like hay fever. It has railroaded them into Yahoo Yahoo, ritual killings and a museum mentality for the collection of female panties. Where exactly are we going?

“This development calls for serious concern and we are deeply concerned because we are the Muslim Rights Concern. Our hearts bleed in MURIC. This is the kind of evil that Muslim and Christian leaders should unite to fight with all their strength instead of dissipating their energy on a phantom Islamisation, a mirage called Fulanisation, Maradonic religiousity and gymnastic spirituality.

“We can put an end to this anomaly called BB Naija if Christians and Muslims bury the hatchet and come together to fight evil. Home is home. Moral debauchery knows no religion. The destructive influence of television shows like BB Naija penetrates both Christian and Muslim homes.

“Ditto for the custodians of our culture and tradition. Our traditional rulers ignore a program like this which has all the potentials to diminish the dignity of our culture. They are fighting over who should be chairman of the Council of traditional rulers. They want to be the King of kings and rivals of the Supreme Creator. Who placed a curse on Nigeria?

“Homo sapiens may not respect a single snake when they see one. But can anyone wait to see what follows if the cobra leads and it is faithfully followed by the python, the black mamba, rattle snake, garter snake and the anaconda? So what do you think will happen if our traditional rulers from the East, West and North march on Aso Rock to demand the immediate halt of this horrible show?

“To cap the edifice, MURIC calls for immediate and total ban on this satanic television show. We charge the Ministry of Information and Culture to move swiftly against BB Naija before moral debauchery becomes Nigeria’s middle name. Nigerian youth must be protected from themselves and the time to do so is now. We invite the National Assembly to intervene immediately and we appeal to traditional rulers to add their voices to this campaign.”