Home Entertainment News My legs are walking – Mr. Ibu says as he hangs out... 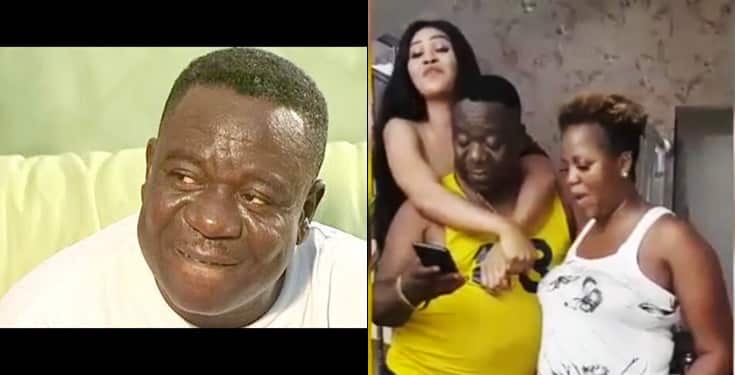 Recently, it was rumoured that Nollywood actor John Okafor was down with stroke. In response to this, the actor slammed those who had made up such report about him.

However, it would seem the message did not sink properly so the comic act decided to use another tactic to reach out and tell everybody that he is perfectly fine.

This time, the actor popularly known as Mr. Ibu shared a video of himself and his family hanging out in his home.

John deliberately walked down the stairs with his phone in hand to show to the world that his legs and hands were still functioning properly.

Even more, the wife of the actor, his sister and friend joined in during the course of the video. In an amusing, hilarious and even sarcastic way, they proved over and over that the actor was in complete control of his limbs.

John even went on to mention that he has been amusing himself over time with the rumour that was being spread about him.

But he needed to make it clear that he was perfectly fine. His wife and sisters also passed across this message in every way possible.

Thank you my darling wife @realiburess and my baby sister @realchigolden for your love and support and thanks to everyone who showed concern.am very fine

See the videos below:

Thank you my darling wife @realiburess and my baby sister @realchigolden for your love and support and thanks to everyone who showed concern.am very fine?