Reality star, Leo DaSilva has acknowledged that not having enough money can be the root problem in a relationship. 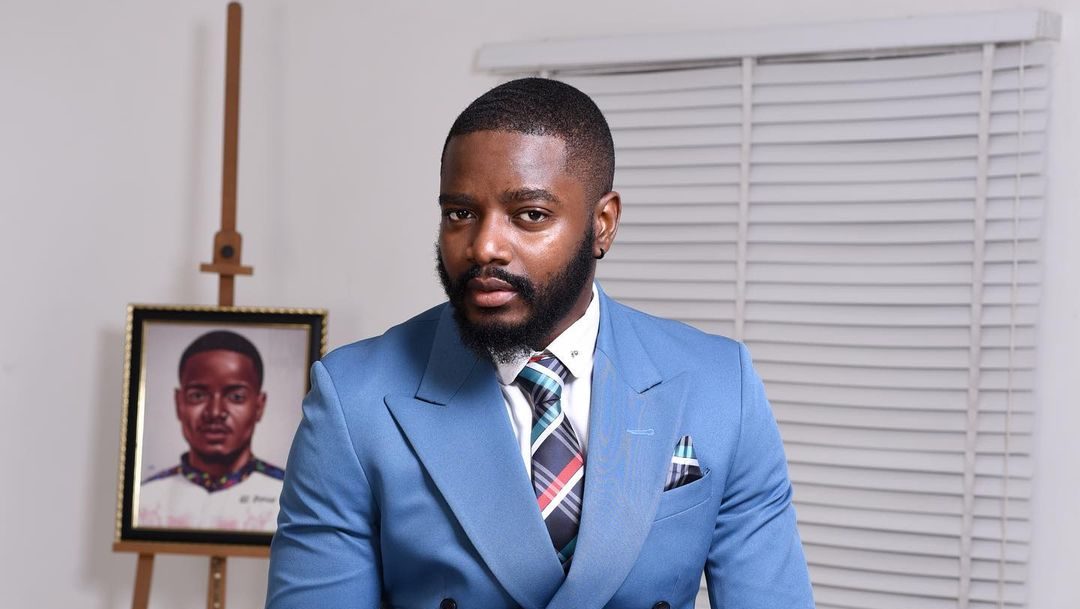 In a recent tweet, Leo DaSilva disclosed that not having enough money is a huge disadvantage in a relationship.

He further pointed out that one shouldn’t be deceived that a relationship can function effectively with money.

“Money is the root problem in many relationships.
Not having enough or having too much which makes you misbehave.
One thing is for certain, it is better to have than not have, no matter how much.
Don’t let any partner deceive you.” 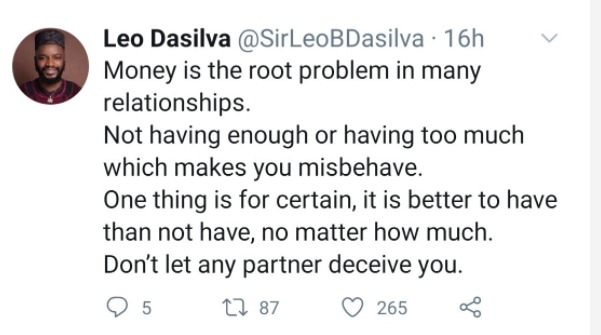