Policeman gets assaulted multiple times by a traffic offender who threatened to beat the officer for harassing him after driving one-way. 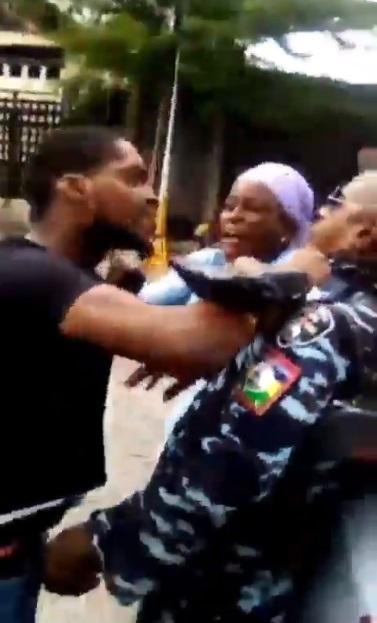 A video making rounds on social media captures the moment a traffic offender assaulted and threatened to beat a policeman despite the officer maintaining proper conduct.

The young man who drove the car could be seen shoving the policeman in the chest multiple times in an attempt to fight him. 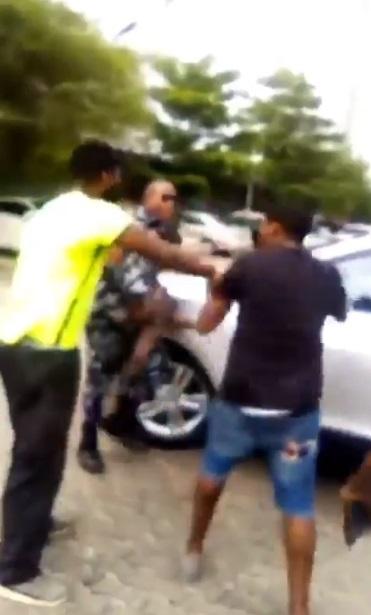 The colleague of the offender is heard saying;

“You Don already scatter our car, on top of wetin? On top of money we you want collect? Wetin dey happen? Una want start una rubbish again? You wan shoot me? You go lose your job oh. Because of one-way na im you wan kill us?”