Home Viral News Moment groom began to speak in tongues after he was asked to... 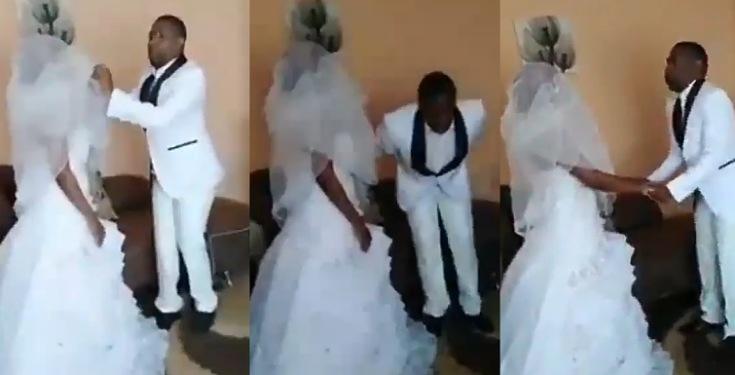 A video making the rounds on social media has shown the moment a groom burst into tears after he was asked to ‘kiss the bride’.

In the video, the bride and groom were seen facing themselves and then a voice was heard saying – “you may now kiss the bride”.

As soon as the instruction was given, the groom immediately burst into serious prayers and began to speak in tongues.

At a point, he stretched out his hand to unveil his bride’s face, but then he couldn’t complete his mission as he quickly started another round of tongues.