Home Entertainment News Michael Jackson vs Beyonce – Nigerians argue on who is a better... 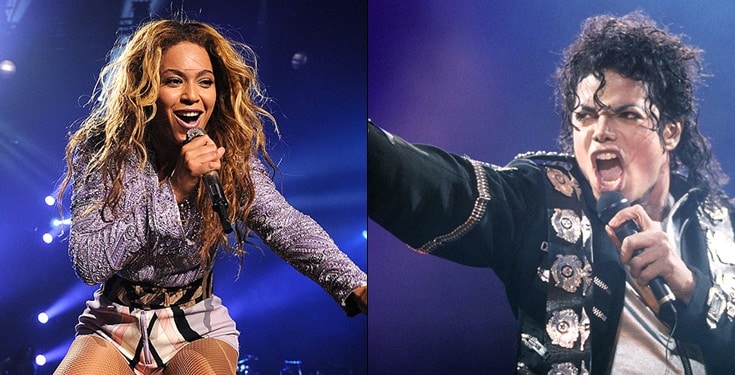 Many Nigerians have taken to Twitter to argue about who is a better performer between Michael Jackson and Beyonce.

Following the release of the documentary, Some Twitter users began to refer to her as the greatest of all time and no one, not even Michael Jackson, can compare. Well, as expected, this led to a full blown argument.

See some of the comments gathered by LailasNews below;

@danielkingsanya – There were 3 greatest brand names of all times, that we grew up knowing. Jesus, Coca-Cola, and #MichaelJackson, no offense to Beyoncé, but if Michael Jackson was alive today and had a Twitter account, Twitter would have to recalibrate their counter metrics. He is that great.

@truthgrace19 – Nobody questions Bts and k pop singers about their hair and make-up but back then everybody questioned Michael Jackson. He was born in the wrong era. And man how ahead of his time he was. #MichaelJackson

@renoomokri – Comparing Michael Jackson to ANY artiste, living or dead, is like comparing a STREAM to an OCEAN. @Beyonce won’t even compare herself to him. He transcended race, gender and age. He died 10 years ago and is still inspiring those who weren’t even alive when during his prime year

@truthgrace19 – #Beyonce stans even Beyonce wouldn’t agree with her being greater than Michael Jackson. He was a major influence on her life and music. So chillax. End of discussion.

@tillytate20 – There are more than 3000 fake Micheal Jackson performers in Lagos alone, that can even out dance MJ.

No, because it’s fucking hard.