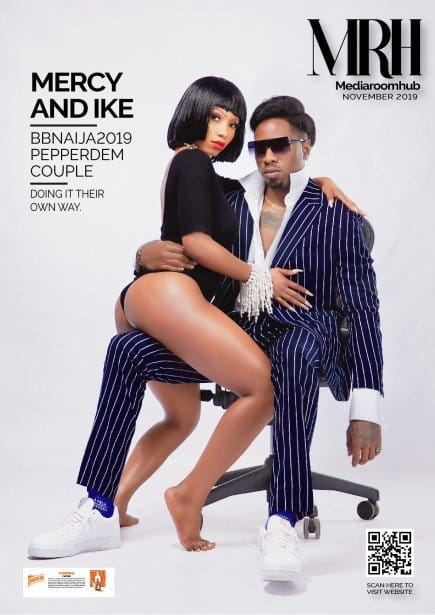 The duo was called out after a photoshoot they did for a magazine cover appeared as a copy of kylie Jenner and Travis Scott pose.

In the photo, Mercy could be seen sitting on Ike’s lap in a clothing that had the full glare of her buttocks. The shoot actually looks like a replica of the American reality TV star and her rapper boyfriend. 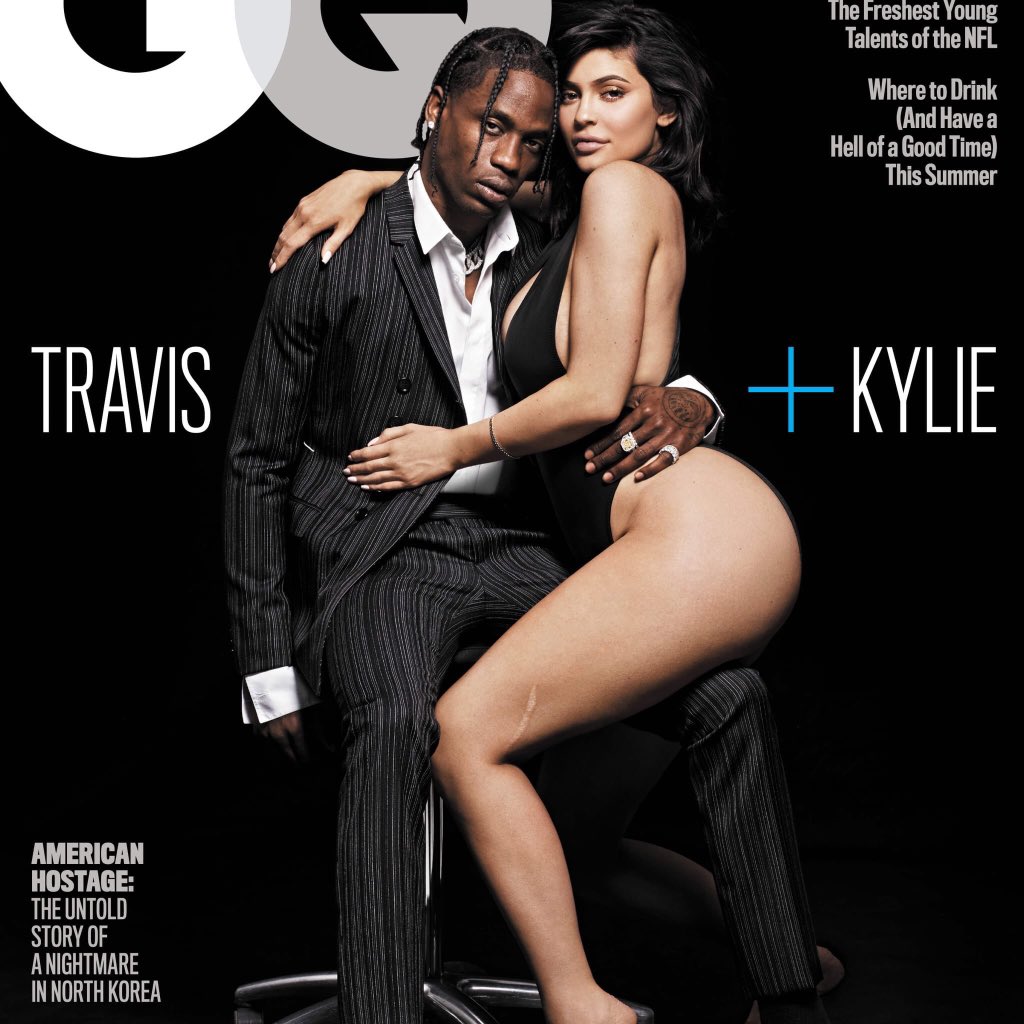 Travis and Kylie don suffer. Wtf is this!!! No originality. Just straight plagiarism 🤣🤣🤣🤣

I blame the photographer and/or creative director. I mean why did they make Ike look so stiff? They should have instructed him to relax.

My Travis has suffered 😂😂😂😂

*** This girl does not have sense. Period. It’s not her fault though, she is a product of her environment.

*** Travis and Kylie don suffer. Wtf is this!!! No originality. Just straight plagiarism

*** Original Vs Igbo Made

*** Actually thought the other one was photoshopped

*** Must they copy!!!! Chai, no creativity whatsoever Mtchewww…

*** There’s absolutely nothing wrong with the pics, unless you’re trying to accuse them for copying.