Nigerian public speaker and writer, Toni Tone has opined that men are generally scared of the power held by women and the connection of empowering one another. 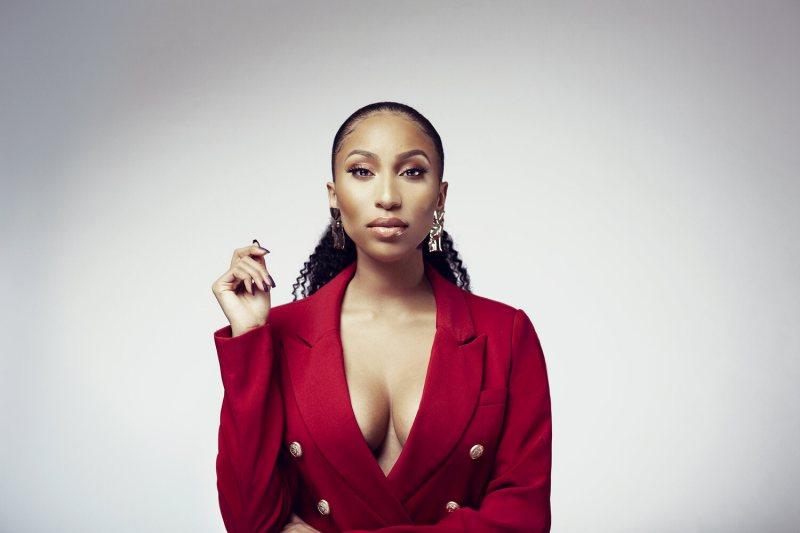 In a series of tweets, the writer buttressed on how easily the male gender is affected by ‘a strong woman’ as it is believed they are harder to ‘control.’

She wrote, “Some men hate women who empower other women, because an empowered woman is a woman that is harder to control.” 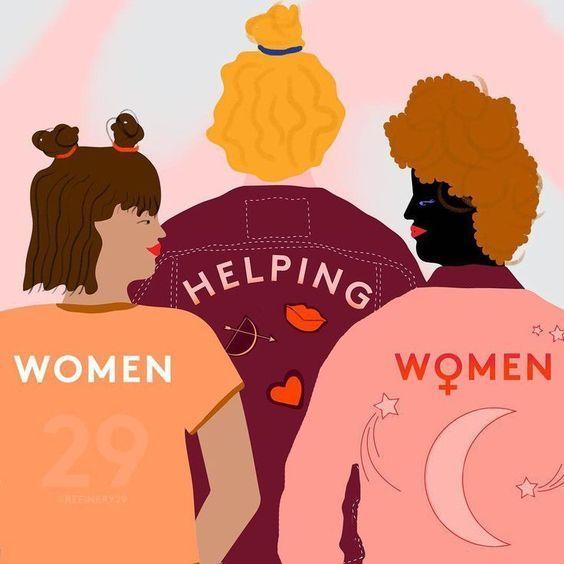 “They don’t want women to be confident or to know they have authority over their own life. “When a man passionately dislikes a woman who is known for empowering other women, ask him why he dislikes her.

“Often the reasons given are fickle and insignificant because they’re too ashamed to give the real reason; which is ‘she makes women feel powerful and I don’t like that.” 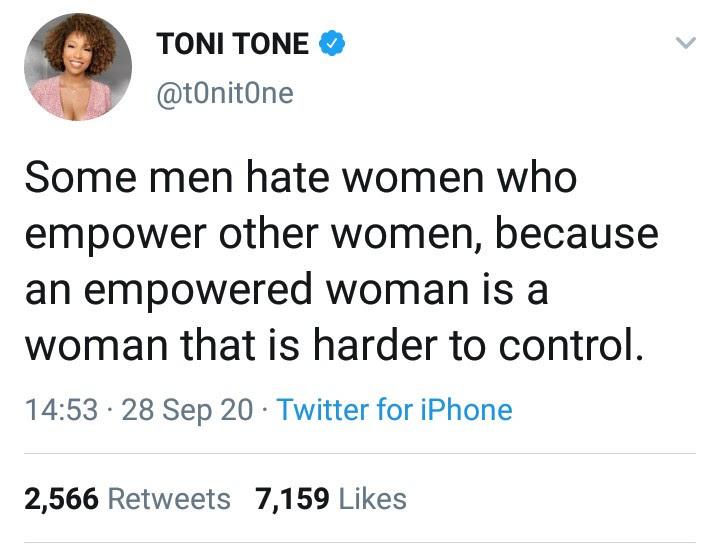 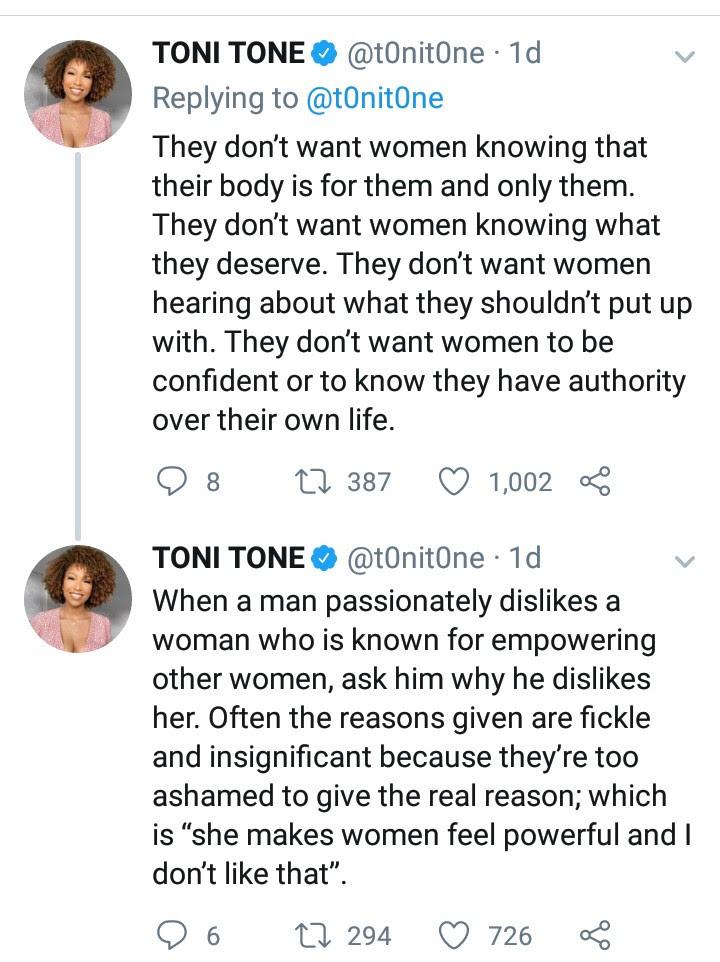