Home Entertainment News Media mogul, Mo Abudu dragged to shreds over alleged ‘back to back’...

Media mogul, Mosunmola Abudu better known as Mo Abudu has been dragged to filth over her alleged consecutive amorous relationship with Lagos governors and other top politicians in Nigeria. 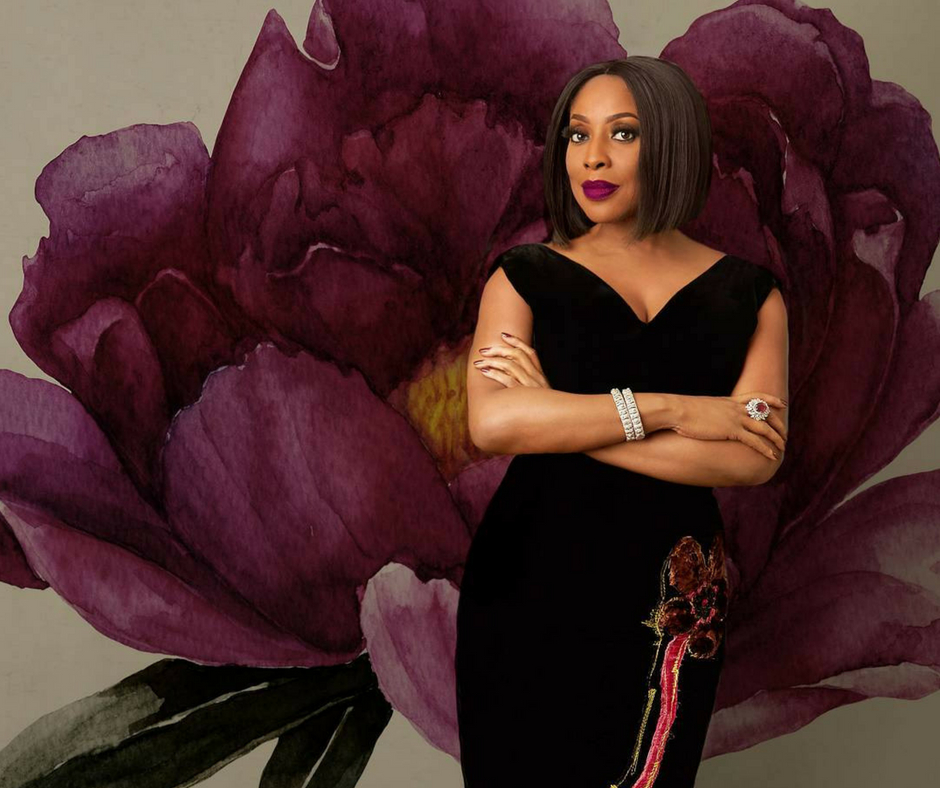 The revelation was made by the controversial Instagram blogger, Gistlovers who recounted at great length the escapades of the EbonyLife TV boss.

According to Gistlovers, Mo Abudu has strived to continue sexual relationships with subsequent Lagos State governors starting from Tinubu to present-day Sanwo-Olu, with only immediate past governor, Ambode escaping her trap.

She was also accused of sleeping with top politicians such as Femi Fani-Kayode, Rotimi Amaechi and so on all in a bid to continually siphon funds meant to help the masses.

Read the lengthy series of posts below: 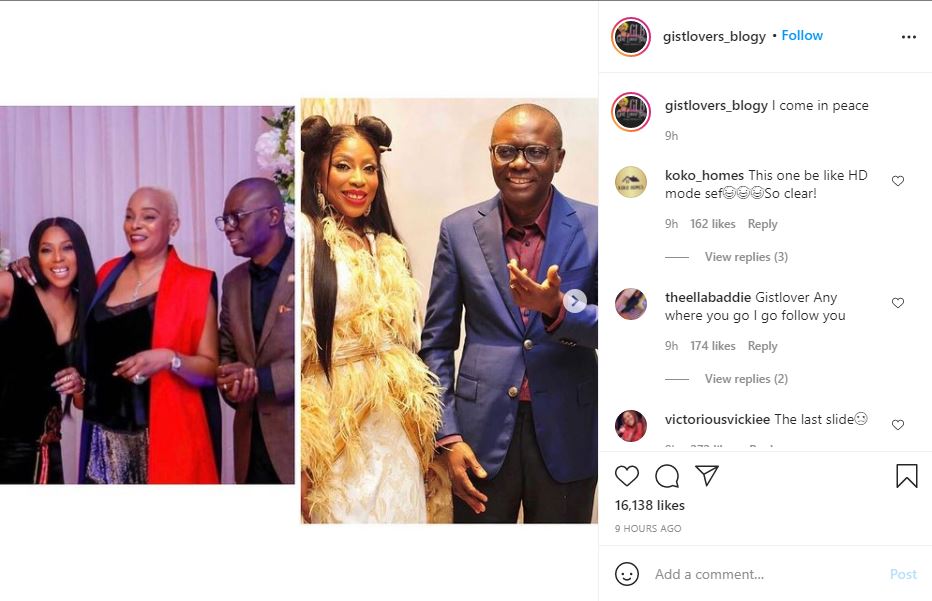 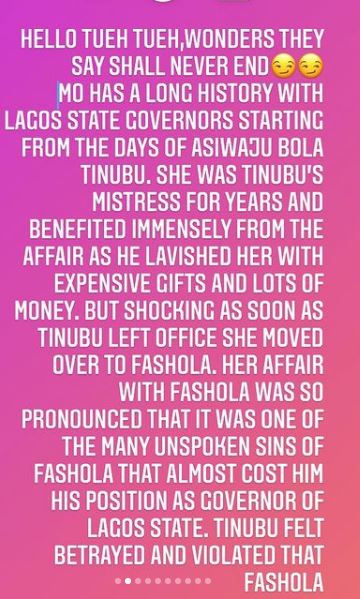 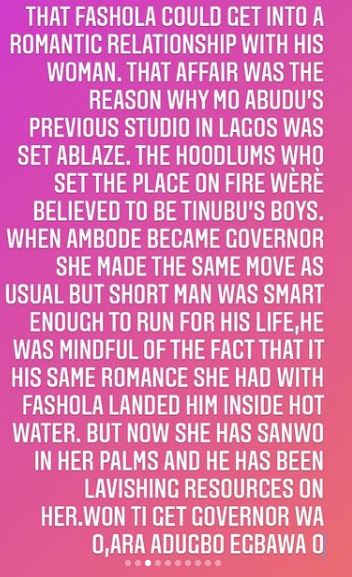 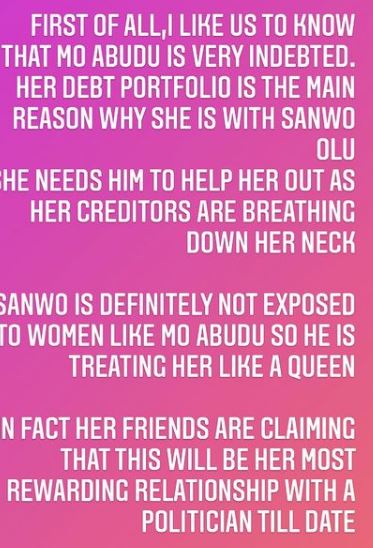 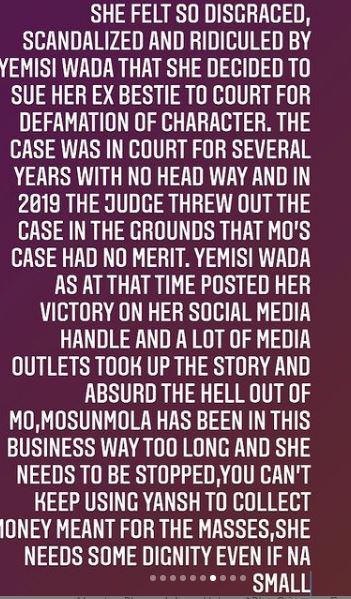 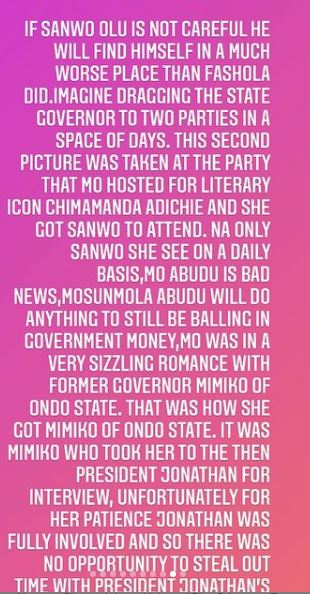