Home Viral News Mary Ikoku arrested by FRSC for driving with the aid of Google...

Mary Ikoku, a development consultant, was stopped by FRSC officials in Abuja for driving with Google Map and her car was impounded.

The media practitioner said she was placed under arrest by officials of the Federal Road Safety Corps. When she asked what her offence was, she said she was told to show them her phone. They noticed she was using Google Map so they told her that was her offence. 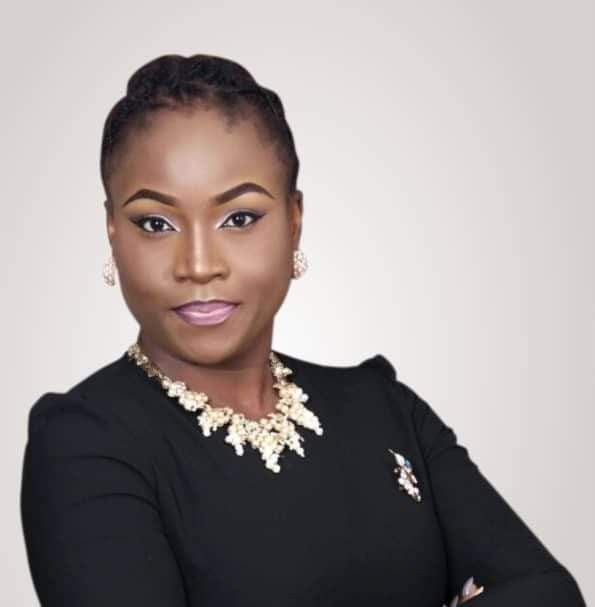 Her car was impounded and she was asked to follow them to their office. There, she was fined 4,000 Naira and was also asked to check into a national hospital for mental evaluation for driving with Google Map.

Sharing photos of the offence sheet opened for her, she wrote:

Wow! We still have a lot of surprises in this yulitide. Men of the Federal Road Safety Corps have just impounded my car. Asked what’s my offence, they said, show me your phone and I turned my phone to him, and the guy said you are under arrest for driving with the aid of Google map on your mobile phones. Wawu!! I’m like seriously!! He said, madam it is a serious traffic offence. I asked to see the team lead, their team lead came and after hearing fro his collegue and me said, “the law forbids motorists from using mobile phones in any form while driving, as it can lead to accident”. I can see you are using Google map on your phone. Madam it is distractive so follow us to our office.

This is unbelievable!! You see ba, I have an emergency and have requested for a ticket so I can deal with this later but they said No. I must drive to their office. Well ladies and gentlemen, I’ve been given a ticket of N4000 payable to Remita my offence is using GPS. They have my car and my keys and my drivers license. When I’m done paying to remita then I will be checked into national hospital for mental examination for using GPS while driving. The real mad folks are those who believe is an offence to drive with Google map. They called Google map a distraction. So if you are driving in Abuja, ditch the GPS and drive on, get to middle of the road stop and ask any road safety or traffic warder thus; oga where is the direction to Apo, Asokoro or just any where you are going. You don’t need direction map. The worst kind of illiteracy is the illiteracy of a government.

Please if you have an opportunity to live in a saner place , now is the time to weigh your options and check out. A lot of things don’t make sense here. 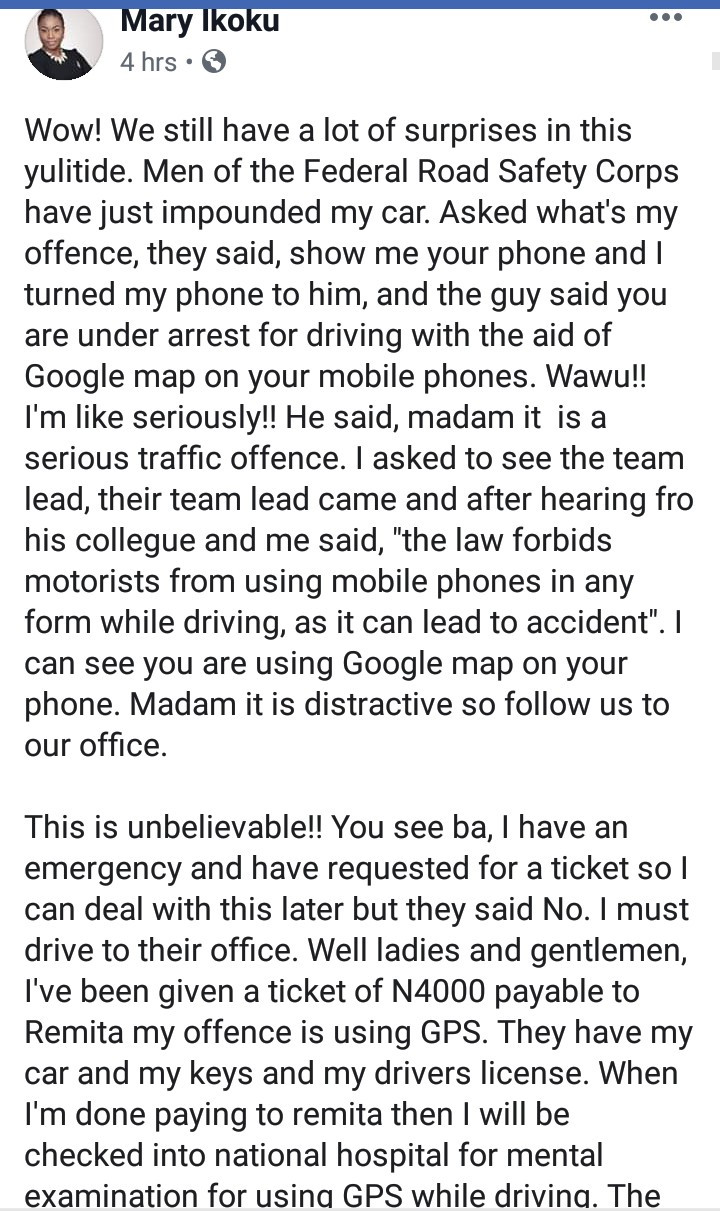 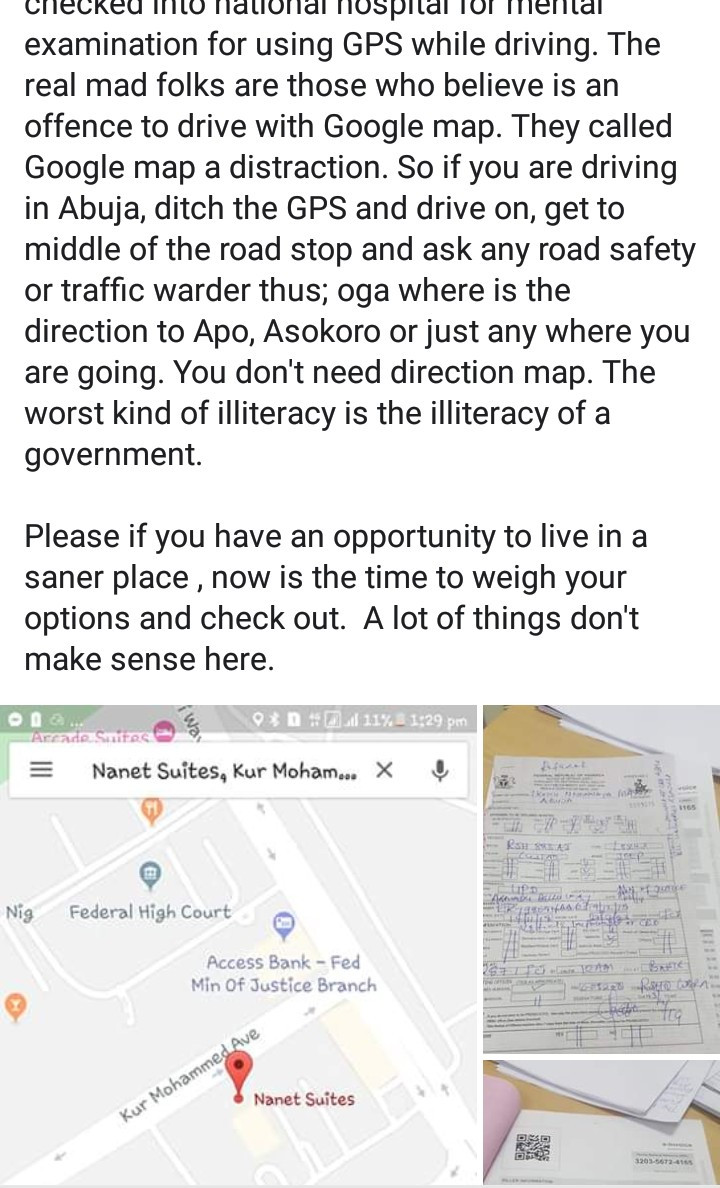 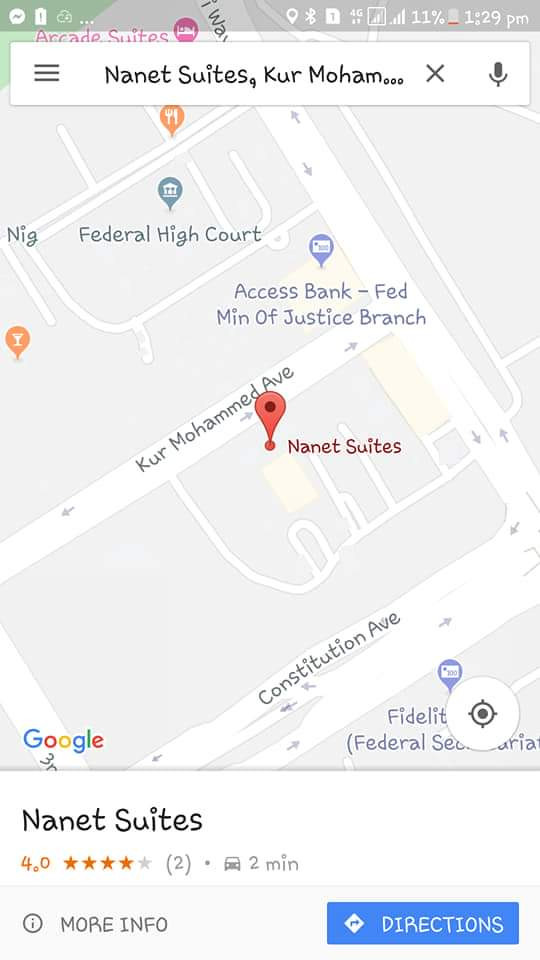 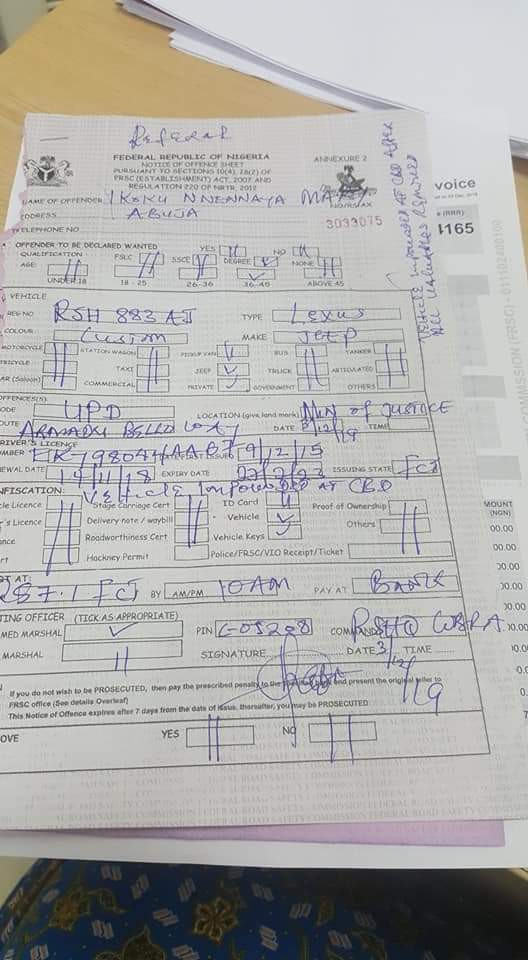 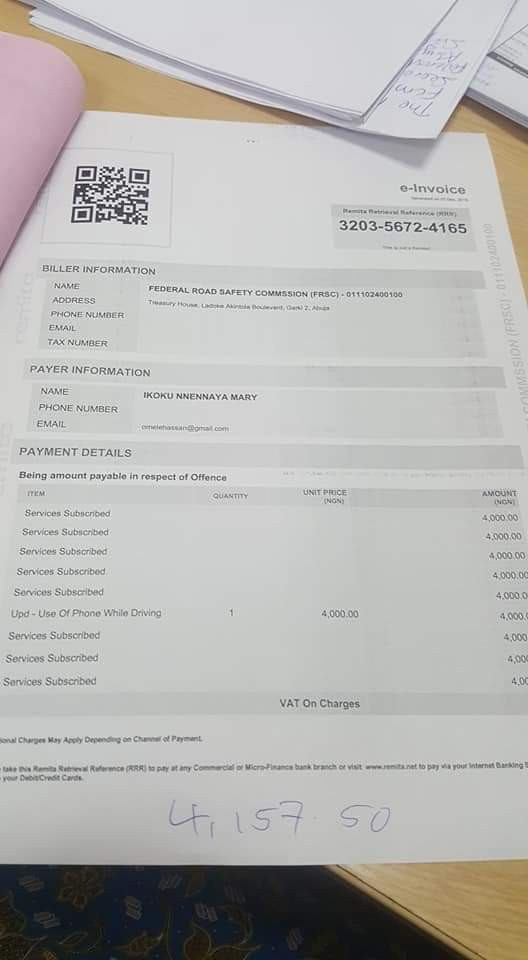 In a new post, she revealed that her car has been released to her after some FRSC officers intervened. The mental evaluation was also waived.

Update on the Road Safety saga: My car has been released to me. It took the intervention of two Road Safety guys Adeniyi and Akeem. God bless them. Fine officers I must say.

The guys also took me to the office of the corp marshal for emotional evaluation waiver. I had a great conversation with the gentle men and can tell that indeed there are some great guys within the road safety. The overzealous ones may be in every corner and in your face but those two are incredibly awesome in handling my matter.

Let me use this time to thank you all my friends who made a call or two. Thank you for not calling Nigeria a zoo out of provocation but e reach to do so lol. What is the price of a #hatespeech by the way. Believe it, use of phone while driving whether is for Google map or map Google is an offence.

The rebuttal from the corps marshal is neither here nor there. Please read it again and be guided. There was indeed, a country. 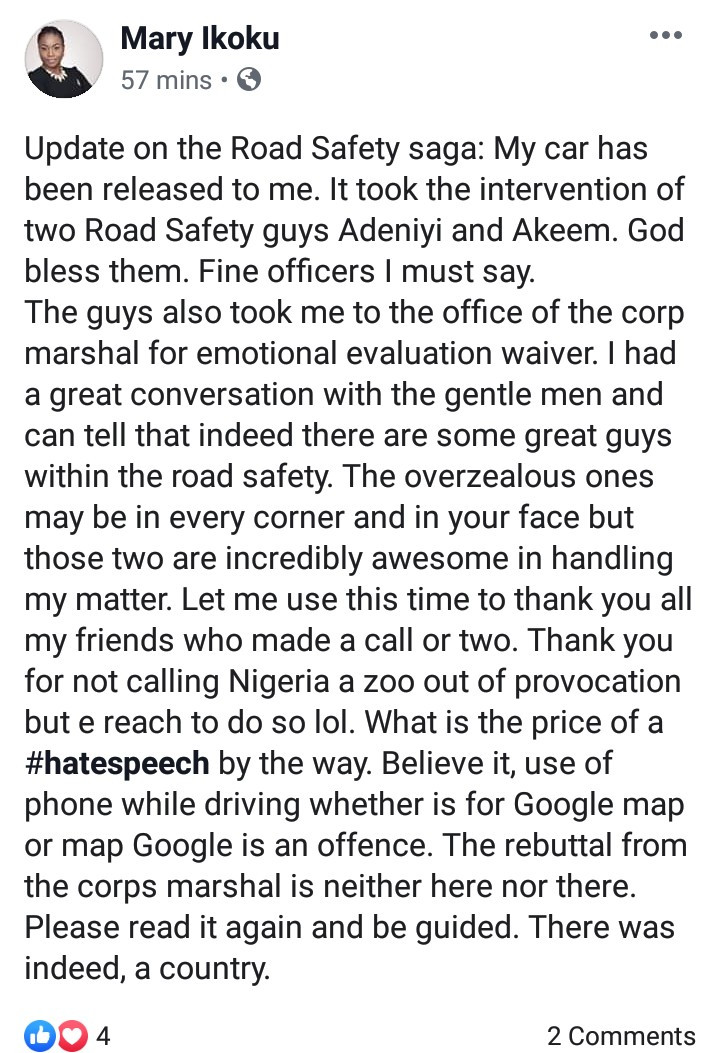 “My entire look is worth over N40M” – Ifu Ennada says as she lashes...

“I will be a landlord again by next week” – Kpokpogri says after his...