Singer Oritsefemi and Nabila’s marriage is currently experiencing crisis and Nabila is reportedly taking refuge in her friend Caroline’s home. 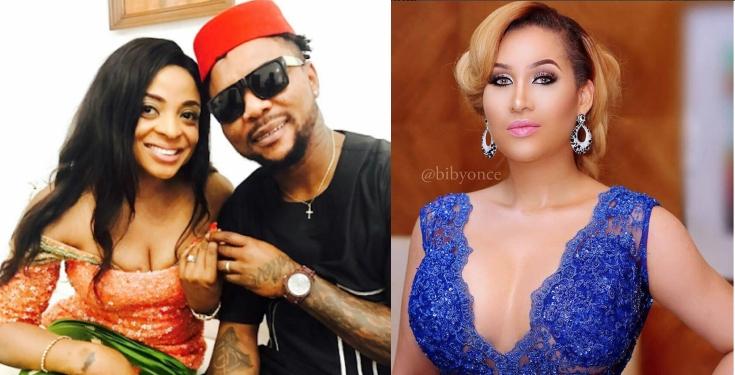 Actress Caroline Danjuma has now hit back at the singer after he cursed her and claimed she’s the “evil” coming between him and his wife.

After news of their marital crisis hit the internet, Oritsefemi took to Instagram to blame Caroline and curse her.

After Oritsefemi posted an apology to his wife, Caroline took to Instagram to respond to his accusations.

She insinuated that domestic violence and drug abuse are the reasons for his marital crisis. She added that she doesn’t interfere in people’s marriages but would never turn her back a man or woman who is being physically abused.

She wrote: “I do not interfere in people’s marriages or relationships… I do not take sides either. When it comes to domestic violence it’s a no no for me. I believe everything in life has a solution, no need throwing punches. The home must be a safe place especially where there are kids..

“I can ignore cheating and all sorts but I will stand by any one that is physically abused be it man or woman.

“If being evil is giving my friend/sister a safe place to heal before she goes back home, then my doors will always be open.”

The mum-of-three added in the caption: “Don’t have time for bullshit… #saynotodomesticviolence #saynotodrugabuse.

“Oritsefemi since you like to disrespect your wife on social media, your apology must be louder than your disrespect.”

In another slide, she wrote: “The world is full of monsters with friendly faces and angels riddled with scars. Say no to domestic violence.” 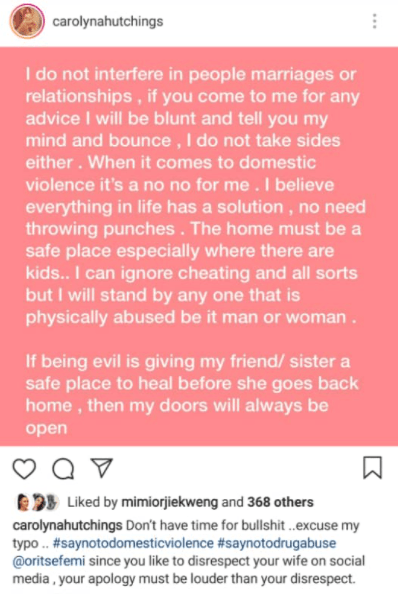 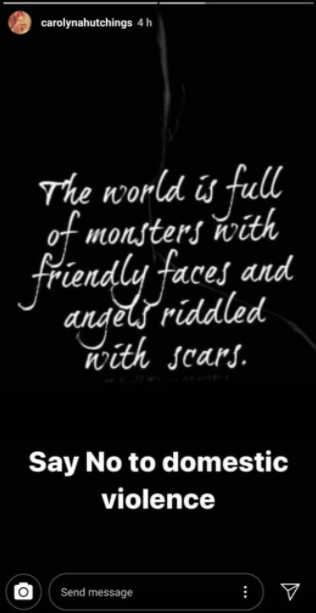