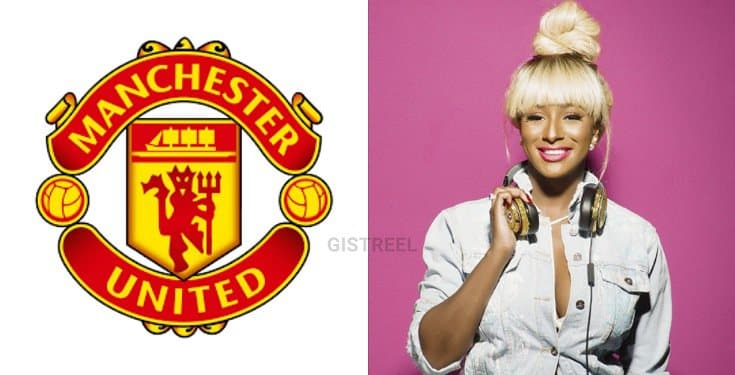 It should be recalled that some couple of days ago, the Nigerian Disc Jockey took to social media to shed tears over recent heartbreaks she suffered in the hands of Arsenal FC.Cuppy had said she will join Man United only if Ighalo scores against Norwich City during FA Cup match on Saturday.Subsequently, DJ Cuppy yesterday formally decamped from Arsenal to Manchester United after Jude Ighalo scored in the club’s FA Cup clash against Norwich City.Following her announcement, Manchester United took to Twitter to officially welcome her to the club.See tweets below; 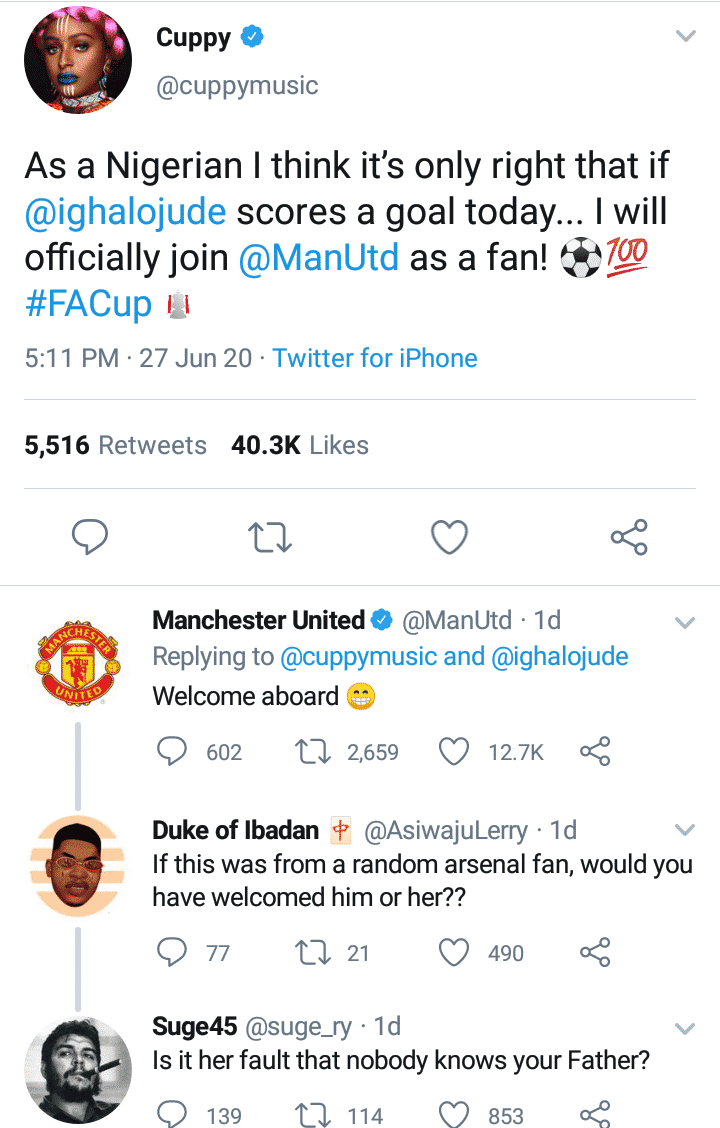 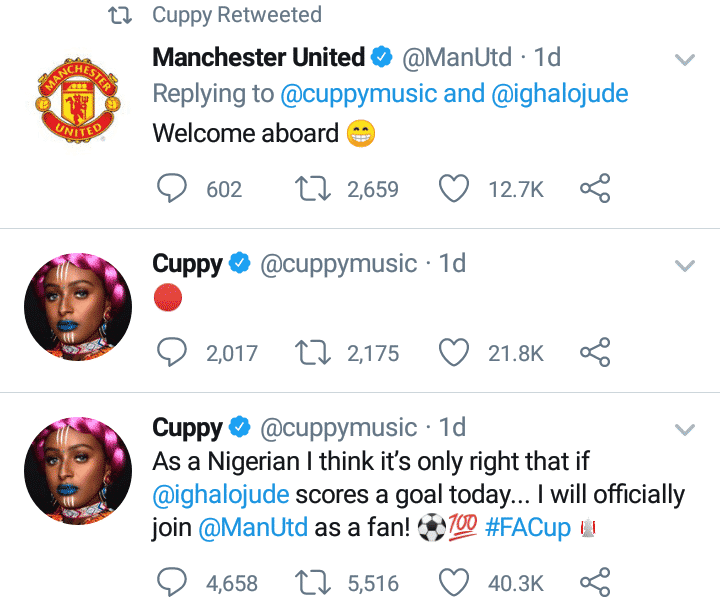