Home Viral News Man with a sick child strips over non-payment of his 3 months... 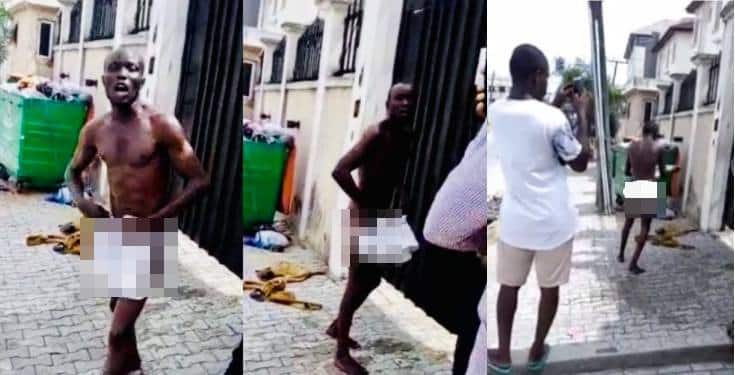 A man who seemed to be at his wit’s end took off all his clothes to protest non-payment of salary for three months.

The man’s child is reportedly very ill and he has allegedly not been paid for three months by the company he works for.

The man went to the company and took off all his clothes while demanding he gets paid. He said they offered to give him transport money but he wants his three months salary.

Spectators can be heard saying, “Make una give this man him money nau.” as they stood by the gate with the man carrying out a protest.