Home Viral News Man who lied about having HIV just to get help eventually gets... 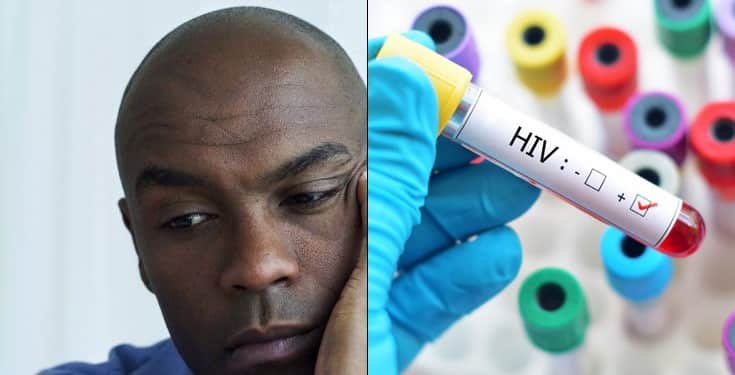 A Nigerian man identified as Gbenga Samuel Wemimo has narrated how a man came to his office and told him he had HIV and needed help.

Mr Wemimo who narrated the story on Twitter said he helps the supposed HIV patient get a job and tried to help him stabilise but the man(HIV patient) ended up ruining everything for himself.

What he said
So this young man came to my office, he was looking extremely haggard, he came to beg for some money
What do you do? I asked him
Nothing sir, he replied, I am HIV positive, I need the money to buy my RV drugs
I gave him some money and told him to come and see me the following day
When he arrived the next day, I explained to him that he needed a job! What can you do? He said he is a good driver but his driver’s license had expired!
He went to renew his license! I got him a job as a driver with a pastor!
He resumed on the first day of the following month

Within three days of resuming the work, he called me again! Sir, I have been sleeping in an abandoned car for weeks! Please, I need a loan to rent an apartment! I will repay in bits out of my salary! All I need is 200k!
He got it!
The pastor he was working with also called me

The pastor said the young man was harassing him and his wife for a loan to rent a house! That was all he talked about! ”Please, help me, I need 200k! Help me with 200k!!!” The pastor said he didn’t have 200k to spare, I should tell the young man to be professional and do his job

I called the young man! But you now have 200k, why are you troubling your employer?
The young man got angry! Was it because I had a little challenge and I was asking for help that they reported me to you? They have the money, I know they do! They just don’t want to help me! Why?

I calmed him down. You are not entitled to anything other than your salary! They really didn’t need a driver! The man and his wife had always driven themselves! I had to beg them to employ a driver knowing it is extra money out of their pocket! Keep your head down, face your job

He disappeared a week later!
With 175k of the pastor’s wife! The woman had a nursery school and withdrew the money to pay her staff members their salary!
I got the call!
I was forgiven due to my previous relationship!
The pastor and his wife were disappointed!
But such is life!

It’s been eleven months! Then I saw him yesterday! He came to beg for forgiveness! I told him I never took offence! It was the pastor and his wife he needed to talk to!
”Sir, please pray for me! I now have HIV sir!”
Me: You had it before?
Him: No sir, I was lying at that time!

Me: I don’t understand
Him: I lied that I had HIV so that you will have mercy on me and help me!

Somehow I fell sick last week and I had to do some tests! The result says I have HIV! That was why I came, sir! Please pray for me! Please help me, sir!
Me: Wow Wow Wow (like a siren)