Home Viral News Man who just got out of prison pleads for mercy after purchasing... 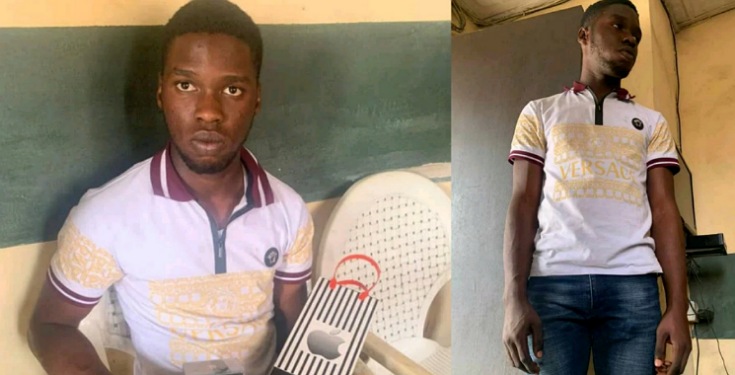 A young man who just got out of prison has been caught at Computer Village after he tried buying two Iphone 11 Pro, worth 900k with fake bank alert. 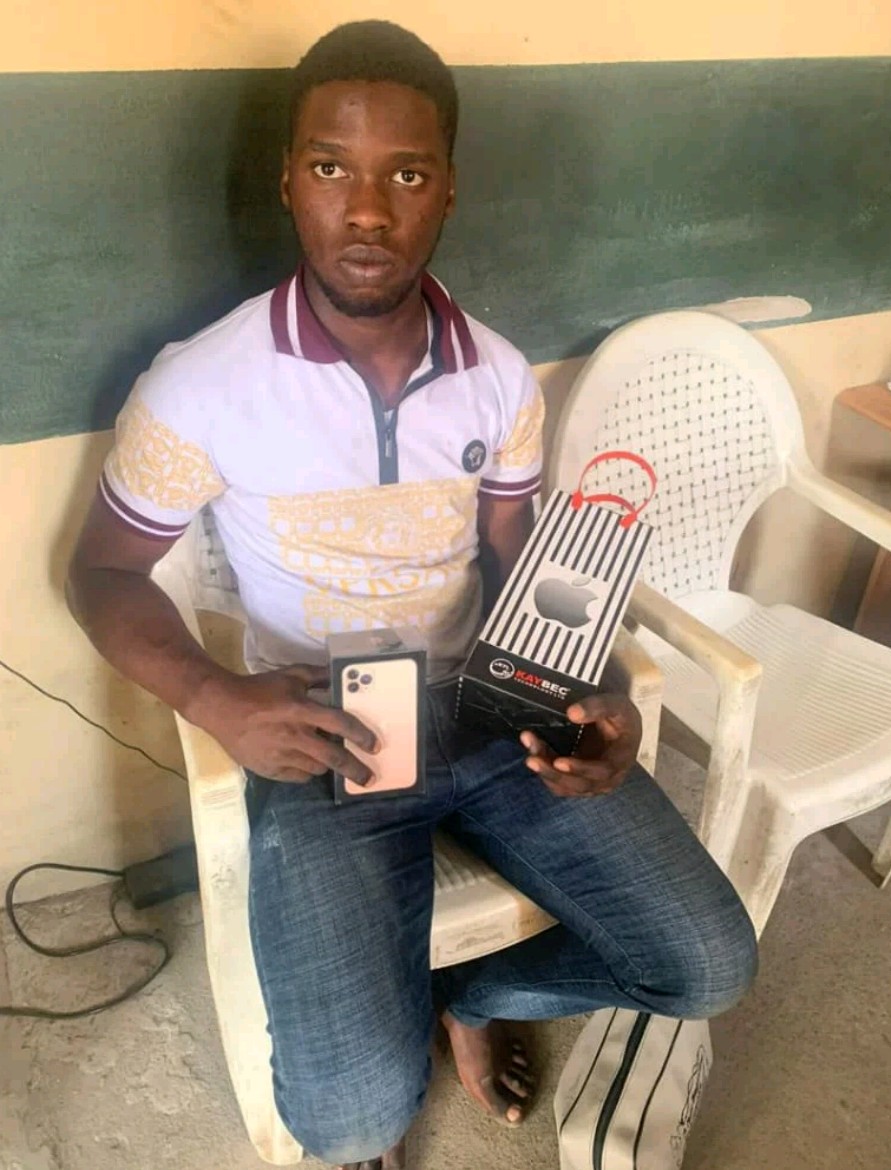 From the video shared, the man could be heard begging for mercy, saying they shouldn’t take him back to prison as he just got out recently. 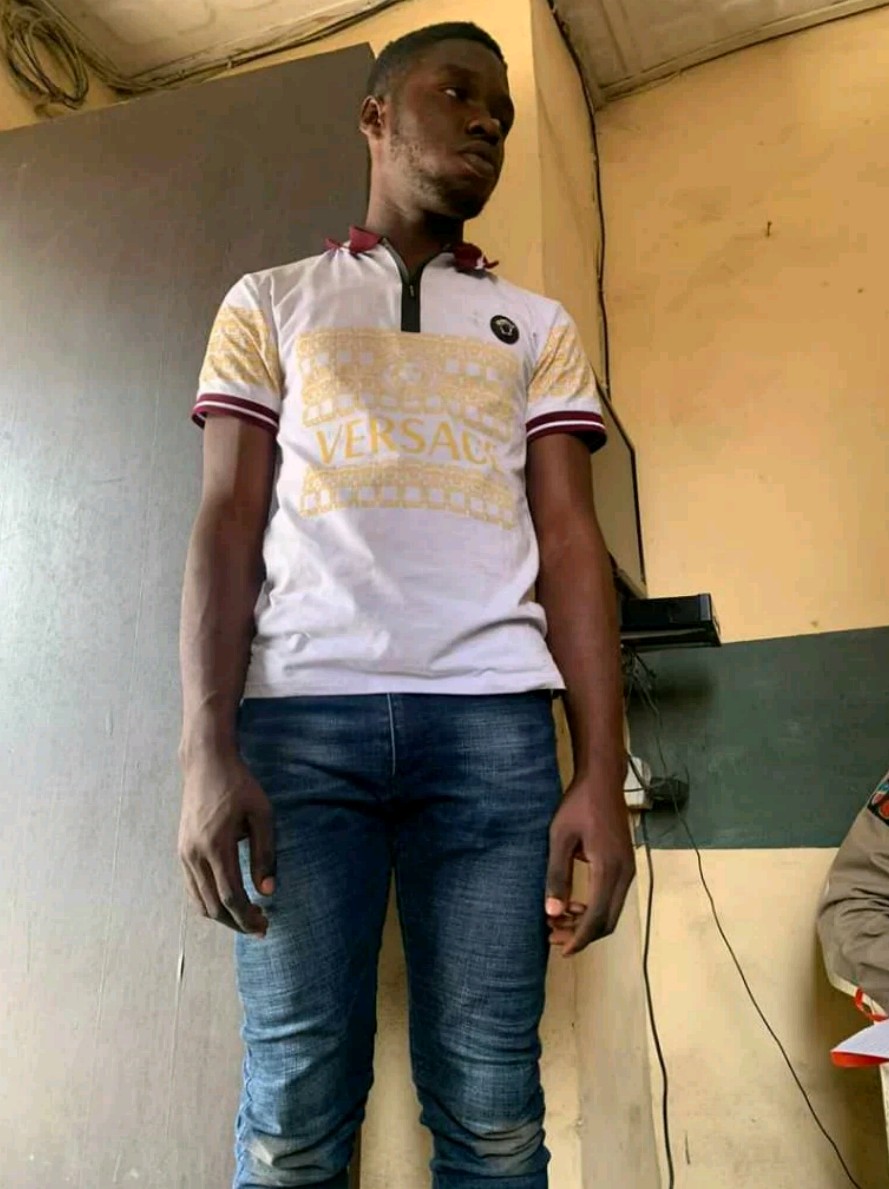 According to a phone vendor at computer village who revealed the scammer’s name as Akeem, that wasn’t the first time Akeem would be carrying out such act.

He said Akeem tried duping him with ‘fake alert’ around December, 31st 2019, which wasn’t successful and blocked him afterwards.
Akeem has been taken to the nearest police station.