A man named Daniel Ayuba Mark reportedly ends it all after losing a whopping sum of N1.5M to online fraudsters. 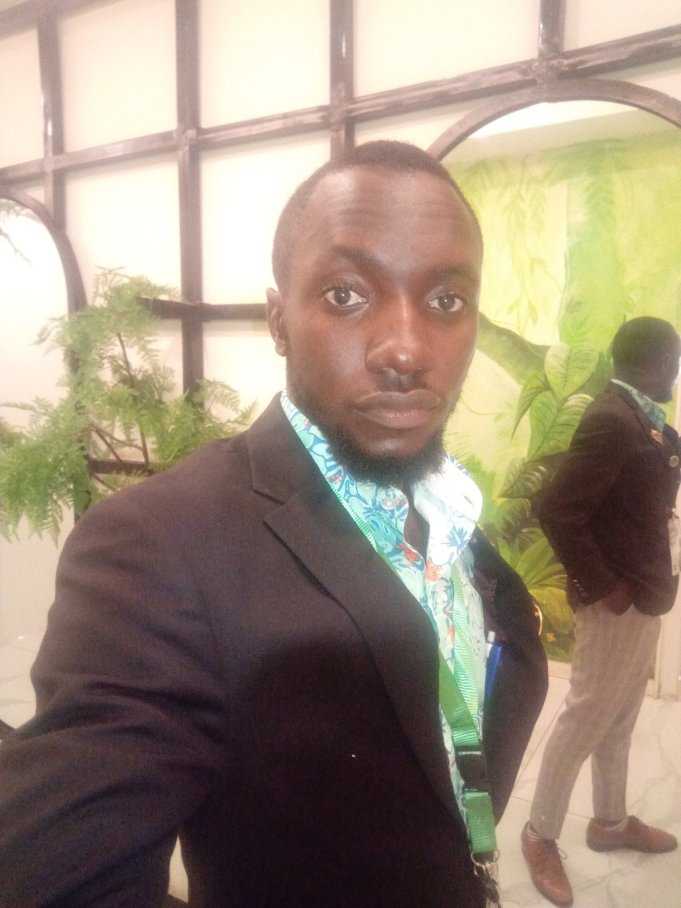 The lad who is said to be a public and mental health advocate received the greatest shock of his life after being defrauded which prompted him to take the unfavourable decision.

In a previous tweet, the man revealed that a fraudster withdrew N1.5M from an account he didn’t know was linked to a sports betting platform. 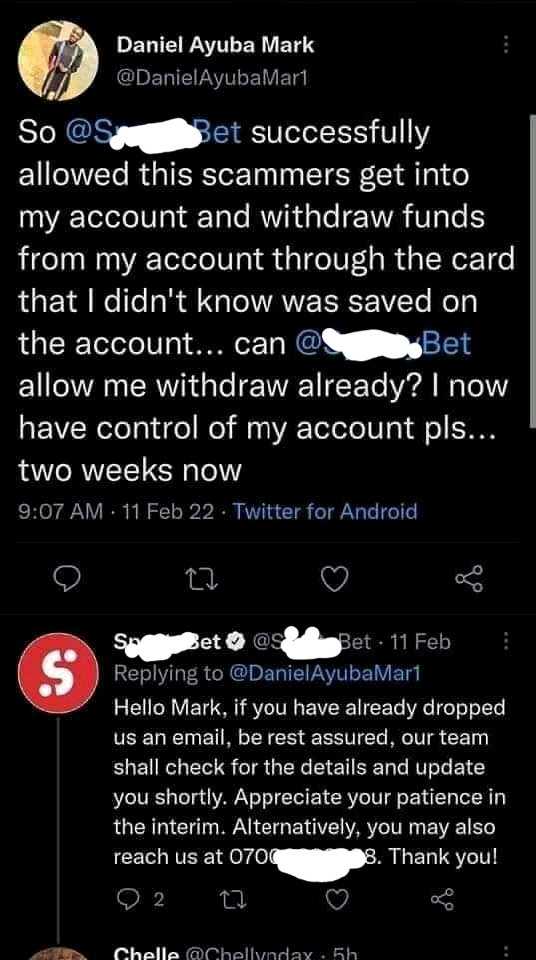 Although he got a response from the company, but it seemed the issue wasn’t resolved as he resurfaced on the micro-blogging platform, Twitter to solicit funds so he could restart his life while tagging some notable celebrities. 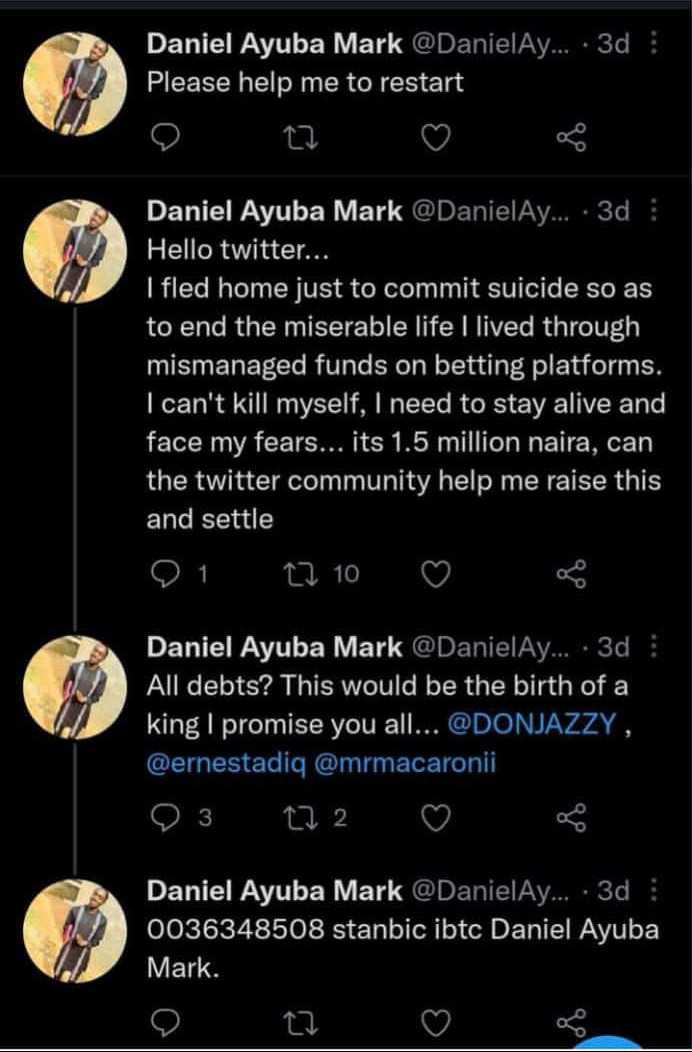 He further hinted on thinking about suicide but realized that he ought to face his fears.

“I have killed myself… please forgive me world… forgive me.” 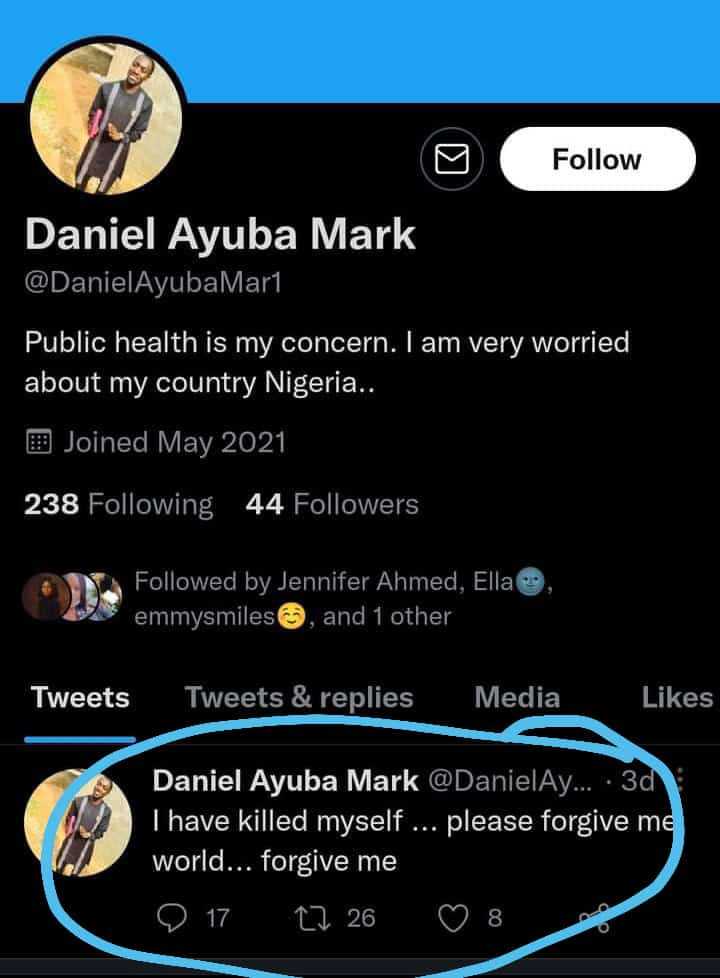 His tweeps thought it was a random statement until an obituary poster surfaced.

According to a report, he ended his life on February 28 and was buried on the same day

Refer to the obituary poster below: 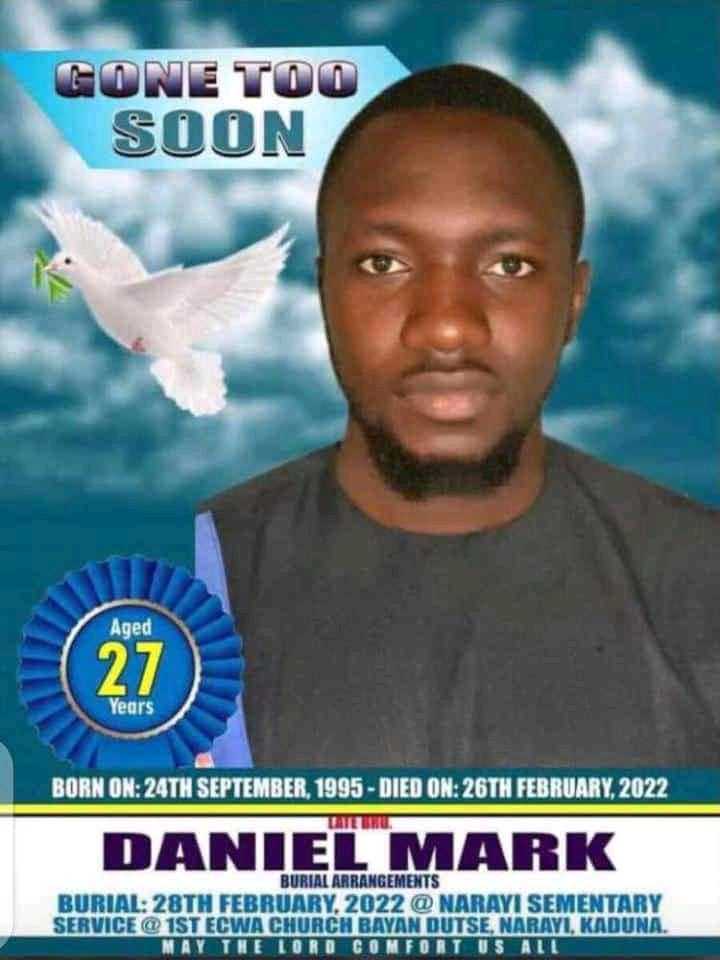