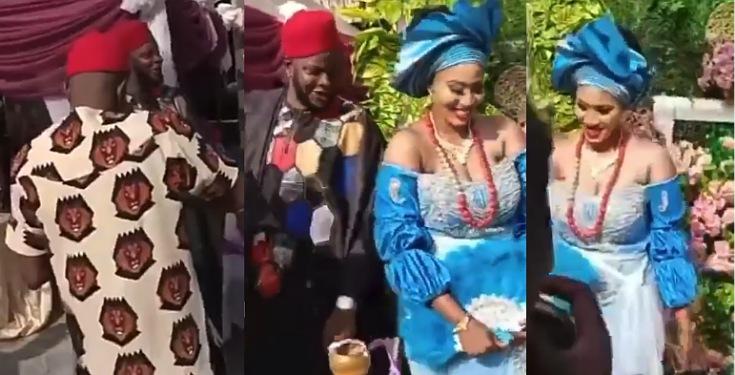 A Nigerian man recently stole the show at a traditional wedding after he sprayed onions on the couple while they were dancing.

In the video which was shared online, the guest was seen spraying onions on the couple, instead of the normal cash.

The MC in charge of the occasion also activated his hype mode as he was heard hailing the guest who dropped balls of onions on the bride and groom.

Other guests present at the scene were also seen laughing over the incident, as the bride danced to a song played by the DJ.