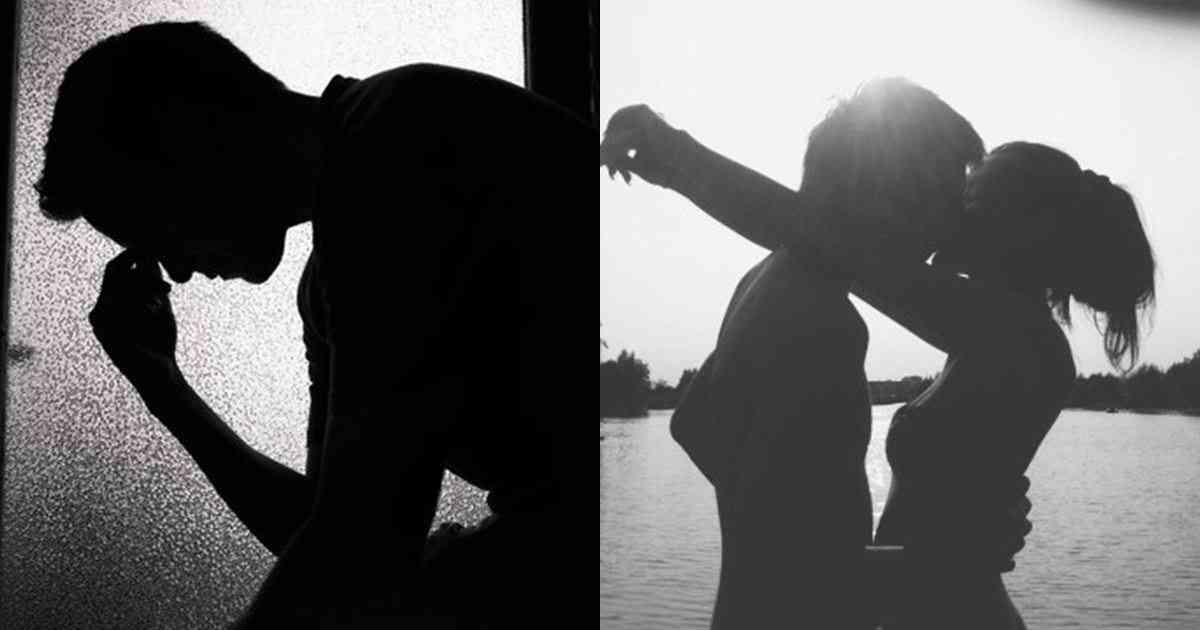 The man who complained about the sudden change he noticed in the lady’s life after making his findings realised that the reason for her cold behaviour towards him is because she’s seeing someone else.
At this point, he has sought the advice of people on what to do; whether to fight to get her back as he’s deeply in love with her or to let her go.
In his words:
“I met this girl when she was doing her STS at college level 300. When they went on vacation she decided to stay with me because the transportation to her hometown is too much which I agreed. We grow deeply in love with each other. But when she was with me some things pop up but we resolved it. In this past June/July when they resumed school and she went back to campus for her final exams, I gave her almost everything she needed. I sacrificed my little salary just to sponsor her. They finished exams and she decided to go home to see her family which I agreed to. But after she had returned she changed, doesn’t want me to touch her at all and I respected that.
When she returned after few days she left for her aunty’s place that stays close by. when I call her all she will tell me is she is busy she will call me later. She will not call until the next day and immediately after that she will switch off the phone. This happened for one week then i remembered that I took a guys number from her phone which brought a fight between us sometime ago. So the next week, on a Saturday , I chatted the guy and showed her pictures to him and he said he knew her. The two of them have been dating for 5years now. He explained things to me. As I am writing now the girl is in his house. but she told me she don’t have anything to do with the guy and told the guy also that she don’t have anything to do with me.
Am only worried cause I know that when she resumes school, she is going to need me for her project work (money) and at the moment she’s still not aware that I’ve spoken with the other guy. My Narrative family, what should i do if she comes back? Should I fight for her or let her go? But the issue here is I love her …” 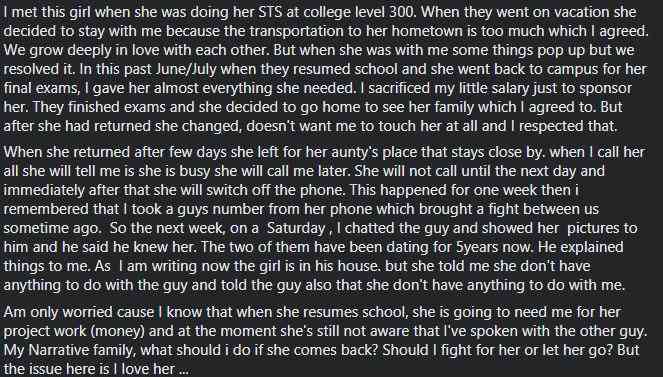