Home Entertainment News Man reveals how he used his creativity to save his suicidal friend...

A Nigerian man has taken to social media to reveal how his creativity has been of immense help to his friend who was suicidal and suffered depression. 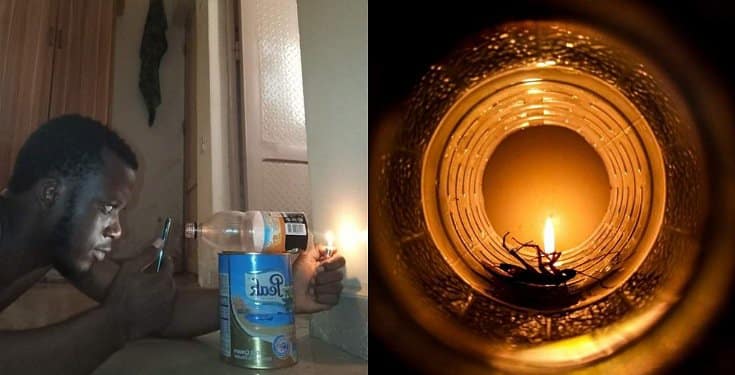 According to the man who goes by the Facebook name Taofeek Sheikh Ibrahim, he used his tools; camera, lighter, a dead cockroach, a Peak Milk tin and an empty 5Alive bottle to paint a picture and send a message to his suicidal friend that a dead person doesn’t move even when the world is burning.

The photographic outcome of the above combination was in deed heartwarming and mind blowing as the post garnered thousands of likes, reactions and comments.

In his words, “I made this for a friend of mine who is battling with depression & attempted suicide. I used my tools (A phone, lighter, a dead cockroach, with a @PeakMilk tin & used bottle of @5AliveNG) to tell him that “the dead doesn’t move even when the world is burning. We all need YOU! ❤️🥂” 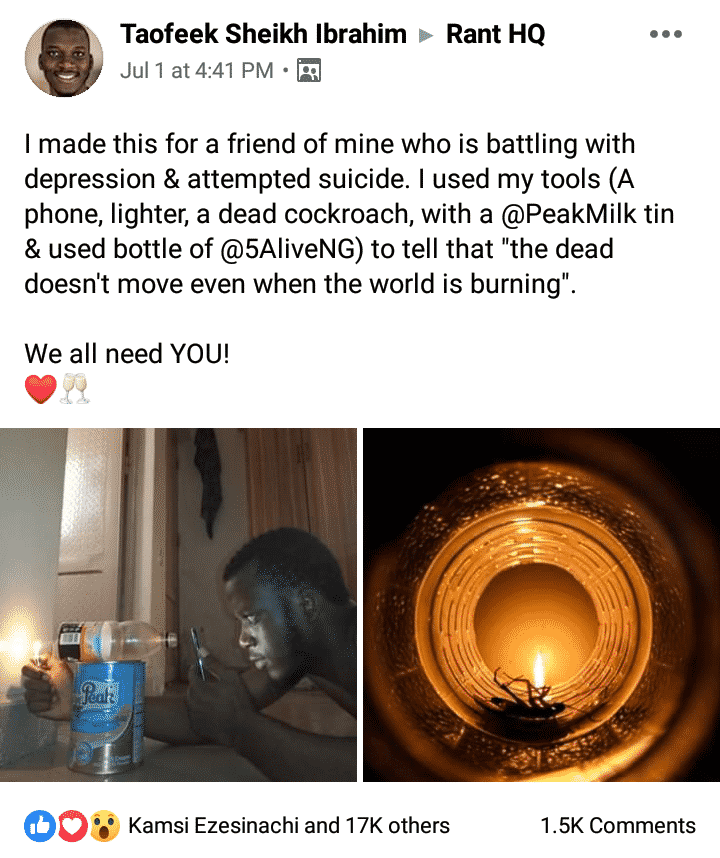 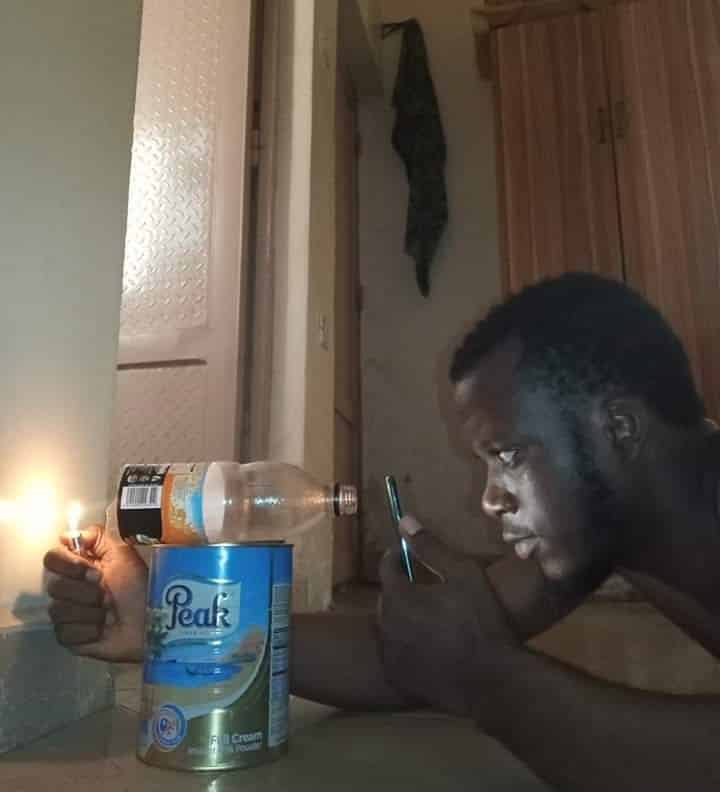 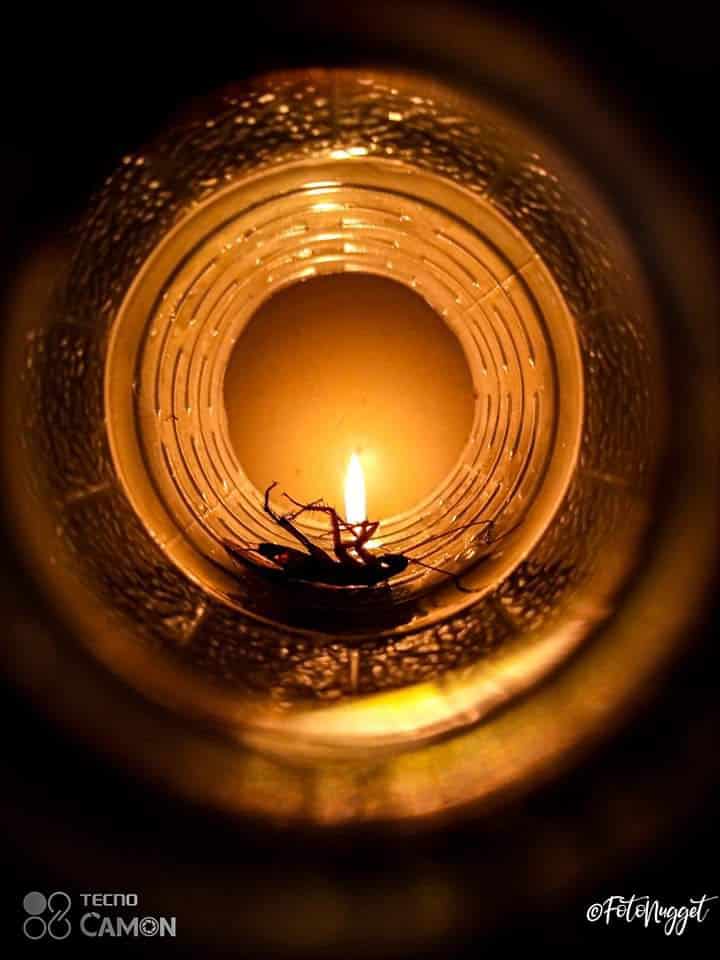