A Nigerian man, Charles Chigbogwu has received accolades on social media after he returned a missing wallet with a huge amount of money in it without collecting N10k reward offered to him.

A Facebook user with the name, Nonso Ugoejiofor shared the story on his timeline on Sunday, November 22.

According to him, he misplaced his wallet after boarding a public transport home from work over the weekend.

Nonso said he called the number and Charles directed him to where he would meet him to pick his wallet. 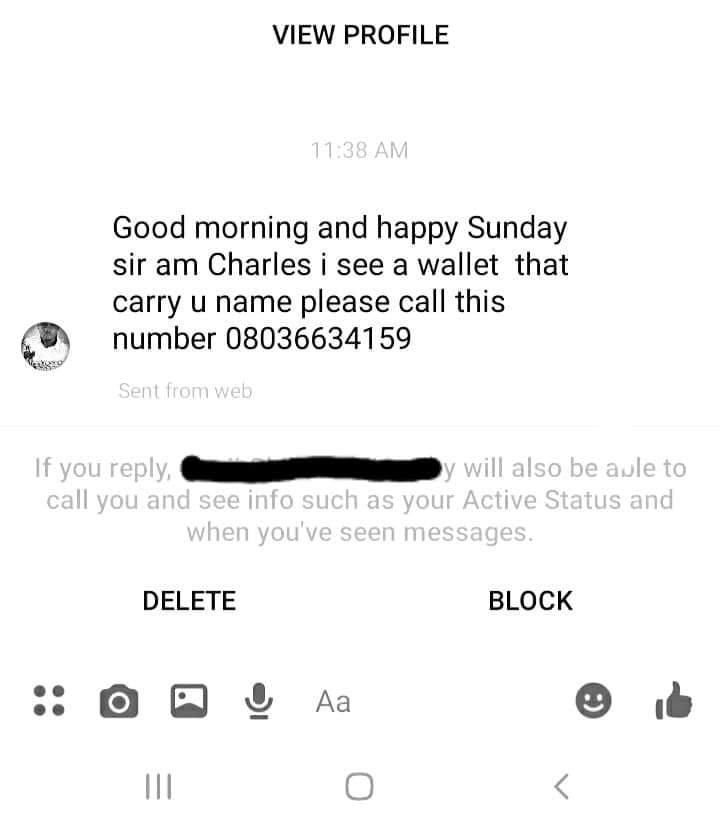 However, after reclaiming his wallet with everything intact, he offered Charles a N10k reward but he “blatantly refused” insisting that he did it for humanity and not for any reward.

Nonso said after the encounter he had with the young man, he now has a strong belief that there is still hope for Nigeria.

“Something happened few minutes ago that made me still have HOPE in our country.

I used public transport to go home from office on Friday due to traffic. On getting down from one of the Buses, I realised that my wallet was missing as I was about entering Keke to my house. I rushed back to the Bus Stop, the Bus was gone. It was a bad feeling cos I knew it wasn’t a pick pocket but carelessness.

Just this afternoon, This young man named Charles Chigbogwu, even though He’s not on Social Media used his neighbour’s account to send me this message. This he achieved matching my name, my face and my hometown as is on my Voters Card in the Wallet.

I called his number as requested, lo and behold he described everything in the wallet intact to the last N1 (mind you, there’s a huge sum of money in it).

I went to meet him, to my utmost surprise, He blatantly refused to take 10k I offered him, insisting that He did what He did for humanity sake and not for rewards.

Guys, I’m still dumbfounded. We still have Angels in Human form in Nigeria?” 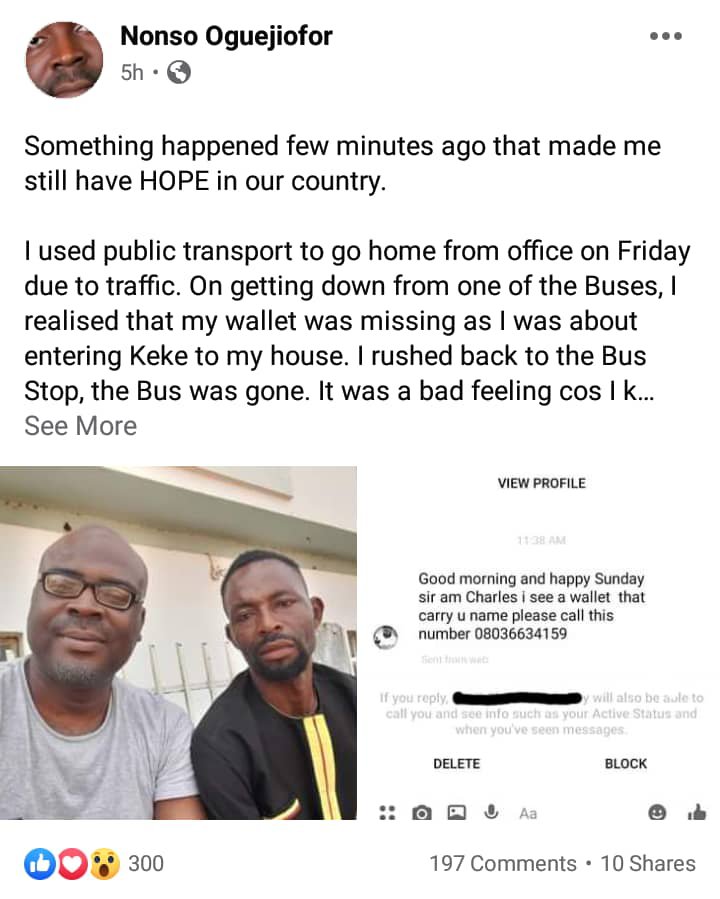