A senior civil servant in Niger state has been arrested for illegally placing his brother on federal job payroll, collecting salary for 11 years while brother rides Okada in the village to survive. 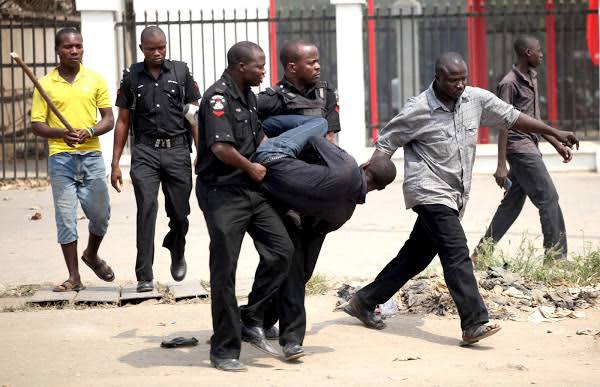 Mohammed Ndanusa was arrested in Minna, Niger state after he was found to have smuggled his brother’s name in government’s payroll, since 2009.

Ndanusa, who was working for the Ministry of Health collected the brother’s salary for about 11 years, until the bubble burst on Tuesday.

He even arranged to promote the brother several times, from Grade Level 10 to Grade level 14.

Ndanusa’s brother Tanimu, was all along a motorcyclist in Minna and was not qualified to be on the level, his brother crookedly arranged in his name.

Ndanusa’s 11 year-fraud was busted when he asked the “Okada-rider” brother, Tanimu Ndanusa to appear for screening.

The Niger State government is at present embarked on a physical verification of all civil servants.

According to P.M. News, when Tanimu Ndanusa appeared before the panel, he did not come with any certificate. And he could not even speak, like a senior civil servant on Level 14.

Members of the screening committee were stunned and called the police to arrest him.

Ndanusa confirmed that he fraudulently employed his brother on grade level 10 in 2009 and subsequently promoted him three times to grade level 14 till date.

Usman, said that the suspect would be charged to court as soon as investigation is concluded.