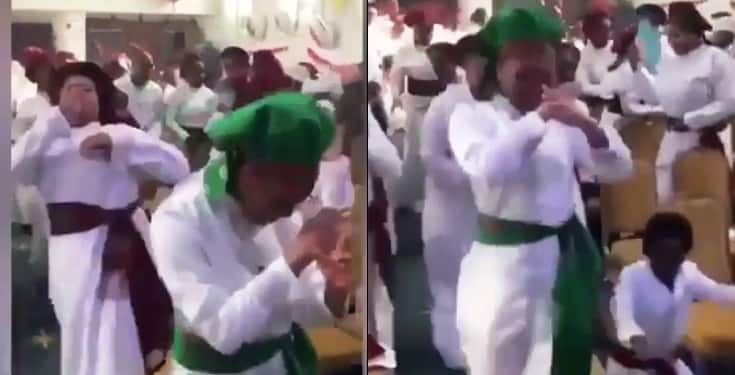 A man of God and his members were filmed doing the Zanku/legwork dance in church.

In a video trending online, members of a white garment church are seen dancing down the aisle while a minister sang “Gbese for Jesus.”

All the members were doing the Zanku dance and so was the man of God who was standing on the pulpit.

The video has led to a debate online. While some say there’s no big deal in it, others have said it is wrong to do a secular dance in church and to turn the lyrics of a secular song into a Christian song by adding “Jesus” to it.